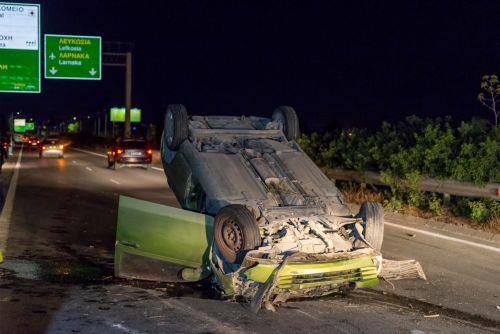 Transport Minister Yiannis Karousos on Monday said his ministry was concerned by this year’s high number of road fatalities, going against the consistently falling rates seen in the past ten years.

He was speaking after leading a broad meeting on fatal traffic collisions with government departments, labour unions and other relevant stakeholders and organisations.

“The reason we called this meeting is simple,” Karousos said. “We are particularly concerned by this year’s high fatal accident rates, which took place despite the fact that according to the data, deadly collisions in Cyprus fell by 36.6 per cent and serious injuries by 55 per cent between 2011 and 2021”.

“There has definitely been a surge in the past month,” he added. “More specifically, we have seen eight deaths in the past 16 days, one death every two days”.

Karousos said that at the moment accident rates are similar to those recorded in 2018, which calls for more measures and initiatives.

“Several proposals are pending in parliament with amendments tabled by the transport ministry, covering subjects like changes to driving licences, and additional protective equipment for those whose job requires them to drive a motorcycle”.

“We have also just finished setting up an application enabling the public to note down problems in the traffic system, which will begin its trial run in the next few days”.

From the suggestions discussed during the meeting, Karousos highlighted the ones concerning correct information and the cultivation of road safety mindedness.

Karousos said his ministry will allocate a larger portion of its budget to road safety issues, with the aim of creating information campaigns, as well as scientific studies that will contribute to better decision-making.

The minister said that about 60 per cent of this year’s fatal accidents claimed as their victims foreign tourists or permanent residents of Cyprus from third countries, while five out of the six fatalities involving motorcyclists were without a helmet.

“I appeal to everyone, parents, children, to urge motorcycle users to wear their helmets because they can save lives”.

Meanwhile, Demetriou stressed the importance of wearing a seatbelt, saying that out of the nine drivers who lost their lives on the road this year, six were not wearing a seatbelt. “That’s around 66.33 per cent, making us wonder how in 2022 we still don’t wear seatbelts”.