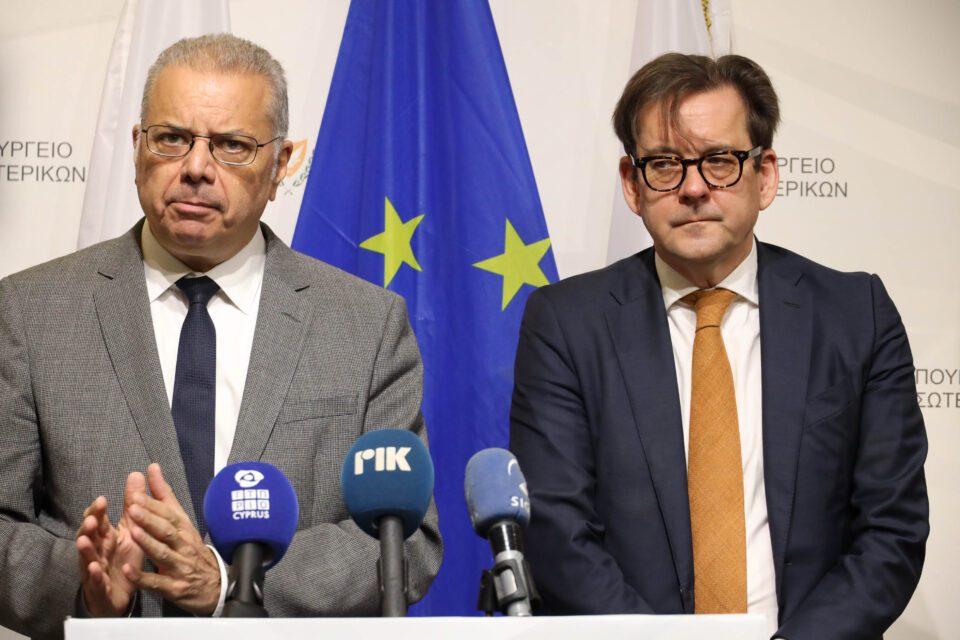 Closer cooperation on voluntary returns and integration were the main focus of a meeting on Monday between the interior ministry and senior officials from the International Organisation for Migration (IOM).

IOM’s Europe regional director Ola Henrikson was on the island as Interior Minister Nicos Nouris told reporters after the meeting that constructive talks outlined the migration pressures which Cyprus is facing.

“[The IOM] is a very important organisation which is fully cooperating with the interior ministry on migration issues, specifically in regard to returns and the various social integration programmes,” Nouris said.

He further emphasised that the Republic is seeking to limit migration flows making their way through the green line from Turkey while also increasing the number of voluntary returns.

The latter point, of assisted voluntary returns, is an issue which the minister repeatedly mentioned as various IOM programmes facilitate such returns.

“We understand the challenges facing Cyprus due to the large number of arrivals, in relation to its population,” Henrikson said, referring to the topics covered during the meeting, adding that the management of refugees from Ukraine arriving in Cyprus was also on the table.

Asked about the efforts to limit flows from the green line, Henrikson said such a policy is not the focus of the IOM. The organisation, he said, instead centred on aiding governments so that there can be a smooth management of the migration flows, primarily of unaccompanied minors.

Nouris sought to highlight that the government’s aim is to increase the number of returns “with the assistance of the EU, and various organisations such as the IOM and Frontex”.

According to the IOM, voluntary returns aim to support migrants who are unable or unwilling to remain in host or transit countries and wish to return to their countries of origin

It further states that the main beneficiaries of IOM’s return and reintegration assistance are stranded migrants in host or transit countries, irregular migrants, regular migrants, asylum seekers who decide not to pursue their claims or who are found not to need international protection.

On Saturday, European Commission Vice President Margaritis Schinas welcomed the “consistent commitment of the Republic of Cyprus, in cooperation with the EU, which has so far successfully organised around 3,000 returns of people who have no reason to be in the EU”.

By his side, during the EU official’s visit to Pournara, Nouris thanked Schinas for his clear statement on all matters, and for the assistance from Brussels.

The goal, the minister said, was to “minimise flows and maximise returns”.