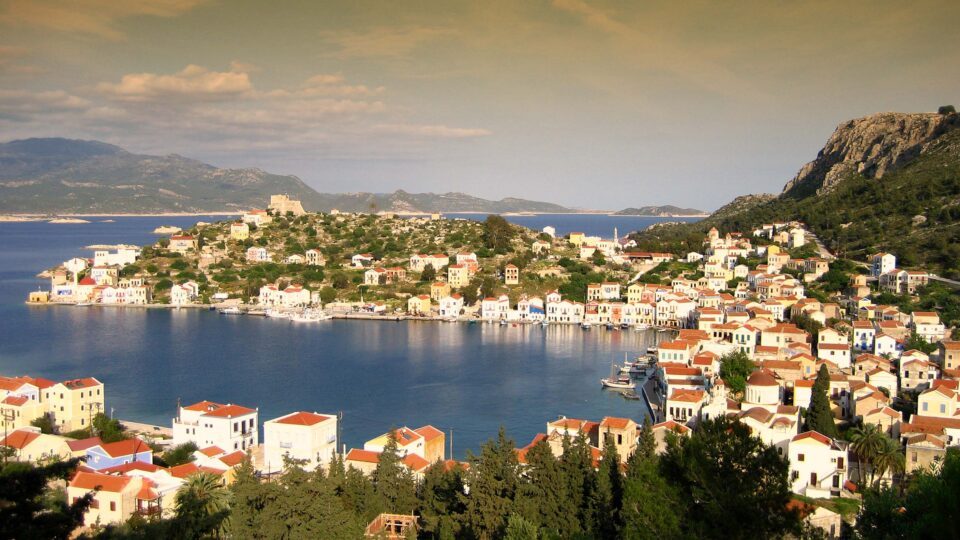 The fate of Castelorizo and other islands is clear

Turkey claims 152 and more islands, islets and rocky islets in the Aegean Sea as part of its ‘blue homeland’, forgetting or choosing to forget that these islands have been Greek for thousands of years and have stood there long before the Ottoman Turks saw the Aegean’s blue colours for the first time.

Turkey makes the above claim under “EGAYDAAK” which stands for Egemenligi Anlasmalarla Yunanistan’a devredilmemis Ada Adacik ve Kayaliklar, meaning islands and islets whose ownership – as the Turks claim – was not ceded to Greece by agreements.

In the past, Turkey claimed that Greece illegally owned a number of islands and islets in the Aegean and Mediterranean seas, which were not granted by agreements from 1830, the year of the establishment of the Greek state, until 1948 and the annexation of the Dodecanese. However, Ankara raises the issue of Turkish sovereignty directly targeting the whole Aegean, including the archipelago of Kastellorizo and those 152 islands.

Nevertheless, the international legal framework which settled the issues of sovereignty in the region after the World Wars – the 1923 Treaty of Lausanne and 1947 Paris Peace Treaty – is conclusive, crystal clear and requires no historical revisionism.

According to Article 12 of the Treaty of Lausanne, Greece acquires the sovereignty of all the islands of the Eastern Aegean, except Imbros, Tenedos and Lagos Islands. While in article 16 of the same treaty it is explicitly stated that Turkey waives any claim from the aforementioned islands and therefore no question is allowed from anyone of the national sovereignty of Greece over the Aegean islands.

Regarding Imbros and Tenedos, on July 24, 1923 these two islands in the north-east Aegean with majority Greek populations were awarded to Turkey by the Treaty. Articles 14, 38 and 42 provided, inter alia, special self-governing status for the islands and guaranteed their Greek inhabitants safeguards of life and property, the freedom of religion and language. For this reason the treaty excluded the Greeks of Imbros and Tenedos from the population exchanges that took place between Greece and Turkey. Tenedos remained Greek in majority until the late 1960s and early 1970s, when many Greeks emigrated because of systemic discrimination and better opportunities elsewhere. At the beginning of the second half of the 20th century there was immigration from mainland Anatolia.

Turkey has never respected these Articles. On the contrary, it has systematically violated them, creating inhuman living conditions for the Greek population. From 1964 onwards the Turkish authorities, as part of their policy of ethnic cleansing, closed the Greek schools, desecrated the churches and seized 90 per cent of the agricultural land. The result of Turkey’s consistent policy has been that there are now no more than 300 Greek inhabitants on Imbros, against the 7,000 who lived there in 1964. A policy also pursued by Turkey in Constantinople again and again.

The Lausanne Treaty granted minority status to the Greek Orthodox community of Constantinople and the Muslims of Western Thrace, exempting both from a mandatory exchange of populations that displaced approximately 1.2 million Greek Orthodox from Turkey and 400,000 Muslims from Greece. Additionally, decades of anti-minority policies including a discriminatory wealth tax enacted in 1942, the anti-Greek pogrom of September 1955 and forced deportations of 1964 have dramatically decreased their numbers.

With regard to the Paris Peace Treaty, Italy ceded to Greece the sovereignty of the islands of Astypalea, Rhodes, Halki, Karpathos, Kasos, Tilos, Nisyros, Kalymnos, Leros, Patmos, Lipsi, Symi, Kos and Kastelorizo, as well as the adjacent islets.

With the signing of the Paris Peace Treaty, Greece became the successor state to the agreements that Italy had signed with Turkey earlier, in 1932, concerning the delimitation of the Dodecanese border, which then belonged to Italy, to Turkish territory.

It is important to remember that Turkey was not even at the table in Paris since it did not take part in the war. This is in line with the fact that most treaties do not create rights or duties for noncontracting parties and are not enforceable by them.

Apart from the Treaty as evidence there are relevant maps, which were prepared by the respective Italian ministry of that time and which are in possession of Greece and their authenticity is officially recognised by Italy today! The specific Italian maps of the then Italian occupying power, prove in many ways, which of the islands of the 90 per cent Greek Aegean Archipelago “did not” then belong to Turkey and therefore cannot belong today, because, after the end of World War II, they were clearly, officially, and irrevocably ceded by the then defeated Italy to Greece!

Concerning demilitarisation, the right of a country to engage in self-defence has been characterised as “inherent” in Article 51 of the United Nations Charter and customary law. To the extent, therefore, that the demilitarisation clauses in the 1923 Lausanne Peace Treaty, as applied to the present security situation, deprive Greece of the inherent right to defend its sovereign territory, they might be viewed as void. Again the question is whether Turkey, a non-party to the 1947 Treaty, can enforce this requirement. In view of the situation in Cyprus since 1974, the ongoing turbulence in bilateral relations, including the “casus belli” resolution, the never ending violations of Greek sea waters and air space by Turkey and its threats, Greece cannot afford not to seek all means necessary for its national defence.

How much do insurance companies typically pay for pain and suffering?

Introduction of the Electronic Identity Card in Cyprus