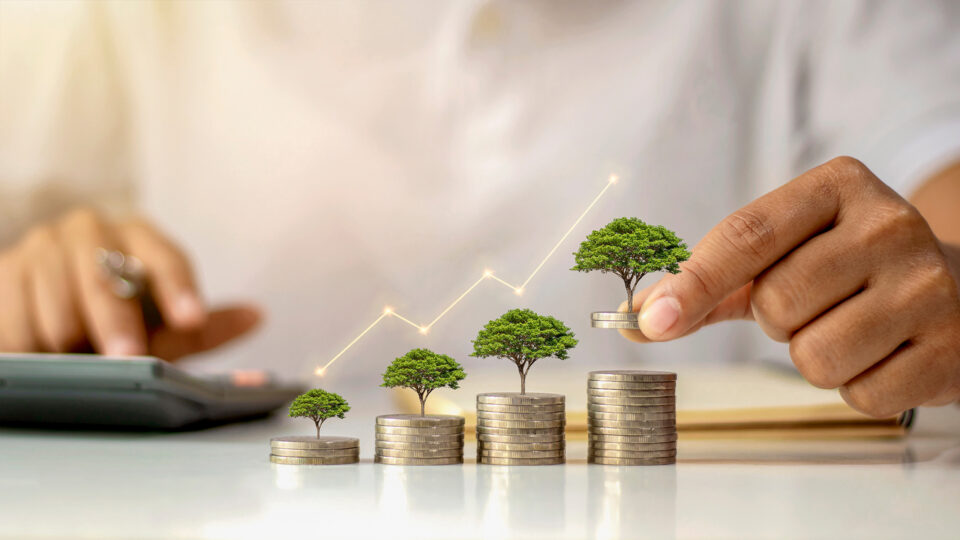 For the most part of modern history, businesses, corporations, and other professional organisations overwhelmingly take decisions based on how they impact their ability to turn a profit and remain viable in the long term

Far less common are companies that operate based on how their actions affect the people and communities around them, as well as the global impact their actions and decisions will ultimately have. Over the past few years, we have observed that the companies who used to firmly fall in the former category are now adopting some if not all the practices associated with the latter category.
This has led to the sharp rise of companies that have evolved in such a way that they now find themselves at the intersection of profitability and sustainability, to the benefit of their bottom lines, their employees, their shareholders, as well as to the people their products, services, and presence influence, whether directly or indirectly.

“Conversations around environmental, social, and governance issues (ESG) are shifting from compliance and corporate responsibility to competitiveness as businesses increasingly see ESG as an opportunity to stand out to investors, customers, and talent,” wrote Financial Management magazine associate editor Alexis See Tho.

In the same piece of analysis, it was also emphasised that sustainability credentials have evolved from an additional aspect of a company’s ancillary activities to a core dimension in how the performance of major companies is being evaluated and ranked.
“My top 500 leaders are measured by not only financials but how we’re meeting all of those sustainability goals,” chair and CEO of Accenture Julie Sweet told attendees at the 2021 United Nations Climate Change Conference, more commonly referred to as COP26. 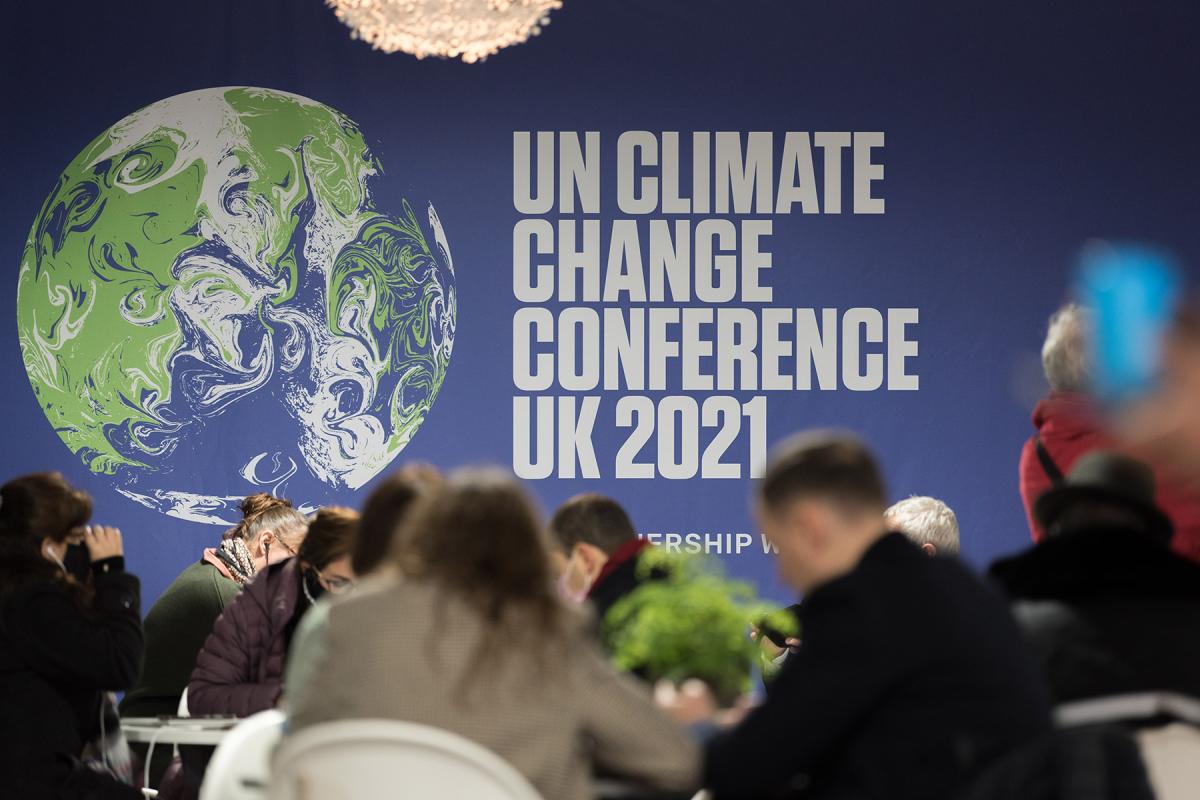 “Our investment priorities reflect investing in this [sustainability] on behalf of our clients, whether it’s building algorithms to see child labour and supply chains or to measure the reduction of carbon emissions,” Sweet added, who noted that Accenture needed no more than 15 months to expand its reporting from three sustainability frameworks to six frameworks.

A previous iteration of the COP26 conference, the COP21 event which took place in 2015, resulted in the signing of the Paris Agreement on December 12 of that year, before coming into force on November 4, 2016. The agreement’s core objective is to curtail global warming to under 2 degrees, while also setting out a roadmap to achieve this goal. For this to be accomplished, governments around the world are called on to reduce greenhouse gas emissions and become climate neutral by 2050.

Financial institutions, namely banks, saw this as a landmark moment, both for the world and the private sector, adjusting their strategies accordingly. In the United States, six of the country’s largest banks pledged to align their lending portfolios with the guidelines and objectives of the Paris Agreement. These include Wells Fargo & Co, Goldman Sachs Group and Citigroup, who all announced their net zero plans in March. The three banks’ announcements had followed fellow banking giants Bank of America, Morgan Stanley, and JPMorgan Chase, all of which had revealed their sustainability plans in September of this year.

There are three key reasons for this decision. Firstly, banks are taking a proactive approach to the risks of climate change, something they would not be immune from. Secondly, they are expected to adopt a more environmentally friendly and ethical approach to business by their current and prospective client bases. Thirdly, by reorienting their loan portfolios towards sustainable investment, they are engaging with a sector that is exhibiting major investment inflows, while also enjoying popular support. The latter point is important as it is a key criterion for some ecologically conscious investors and sustainability-oriented hedge funds.
Further to the above, sustainability is also a part of the way the banking sector has had to adjust as a whole over the past decade. The coronavirus pandemic wreaked havoc on both businesses and depositors, devastating economic activity, increasing unemployment, and, in some instances, hurting people’s ability to repay their loans. Ultimately, this hurt banks’ revenue, whether directly or indirectly.

In addition, the banking sector failed to implement its digital transition plans in a timely manner, at least in some markets. While the pandemic accelerated the implementation of pre-existing projects to enhance and expand the scope of e-banking services, the years leading up to that point left traditional banks vulnerable to financial technology startups (fintech) and internet-only banks (neobanks), whose innovative mobile banking applications lured younger customers who were fed up with in-store, physical banking.
How does sustainability connect with the above two phenomena? To begin with, it coincides with a fundamental, large-scale rethinking of antiquated strategies and approaches in business. In addition, digitisation is compatible with sustainability. One example of this is fewer people needing to visit the store in person decreases car trips which in turn helps bring down emissions.

It is also aligned with the concept of the paperless office, something which certain countries have managed to implement better than others. Conducting your banking business electronically, with email notifications and receipts in PDF form negates the use of paper, excluding cases where physical documentation is a strict requirement.

What is more, by aligning their lending portfolios, charitable activities, as well as community actions with sustainable investments and initiatives, they are more likely to appeal to the coveted young customers poached by the tech-oriented start-ups. The above points were echoed in a report by international advisory firm Ernst & Young (EY), which delineated the reasons and ways in which banks are incorporating environmental, social, and governance considerations into their practices.

“Many banks have already begun to integrate sustainability into their core businesses by incorporating ESG considerations into risk management processes, product design, purpose statements and long-term strategies,” the EY report said. “Now the pandemic is underscoring how critical some aspects of sustainability are, such as disaster preparedness and continuity planning,” it added.

One of the challenges posed to banks that the EY report highlighted was the potential for a lack of sustainable investment turning into a reputational risk, something which has been incorporated into banks’ risk management programmes. According to EY’s annual global bank risk management survey, more than 25 per cent of banks have already implemented the above change, while 14 and 12 per cent respectively have started to assess both physical and transition risks related to sustainability. However, we must revisit the fact that banks stand to benefit by turning towards sustainable investments.

An unnamed banking sector executive told EY that “there’s so much focus on the risk agenda that I don’t think we are paying nearly enough attention to the opportunity side”, something which the report goes to great lengths to highlight. In short, major investments are needed to achieve Green objectives and decouple entire economies from carbon-intensive practices. Banks want to be a part of that investment effort.

The Global Commission on Economy and Climate pointed out that the Green transition could result in a global economic boost of $26 trillion, creating in excess of 65 million new jobs in the process. “What we are seeing, particularly with our younger customers, is that they are crying out for green products, green credit cards, whatever we can come up with,” EY noted in their report. “We have just started to dip our toes in the water and are totally overwhelmed by the response so far.”