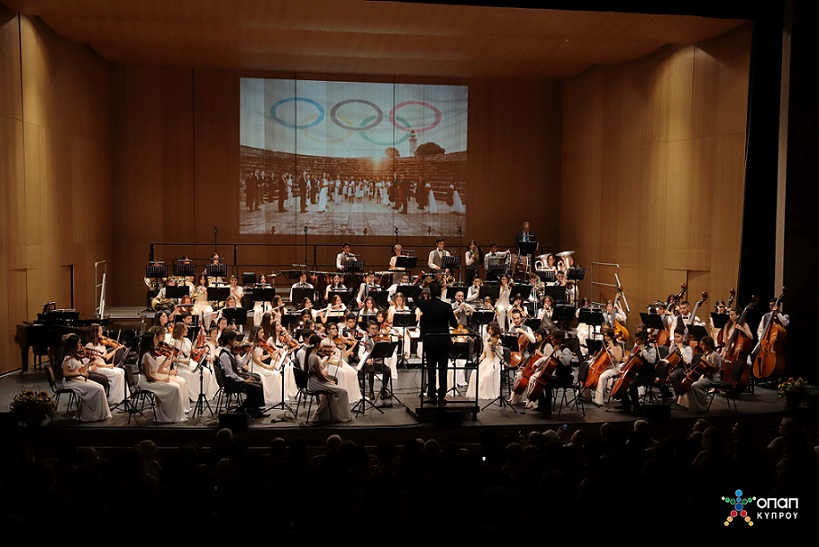 The Cyprus Youth Symphony Orchestra (CYSO), OPAP Cyprus and the Cyprus Olympic Committee honoured the Olympic Day, established to commemorate the June 23, 1894 founding of the International Olympic Committee, with an original and memorable concert, held on June 22, 2022 at Nicosia’s Municipal Theatre.

Sending messages of peace, friendship, solidarity, respect and hope, as expressed by great moments in the history of the modern Olympic Games, the youngsters of the CYSO captivated the audience with their talent, while demonstrating the quality of their musical training.

Concert highlights may be viewed via the video below:

The concert also highlighted Cyprus’ own historic Olympic milestones, including the Republic’s first official participation in the sporting mega-event at the 1980 Moscow Olympiad; Cyprus’ first Olympic medal – awarded to Pavlos Kontidis at London’s 2012 Games; as well as the participation of great Cypriot athletes, such as Domnitsa Lanitou-Kavounidou, Stylianos Kyriakides and Stavros Tziortzis, under the Greek colours.

The Cyprus Youth Symphony Orchestra’s performance, conducted by CYSO maestro and artistic director, Yiorgos Kountouris, were accompanied by a projection of images and text narration by journalist Savas Kossiaris.

As for the music itself, it was based on works by Vangelis Papathanasiou, Mikis Theodorakis, Andrew Lloyd Webber, John Williams and other great composers, and entitled “Ode to Olympism” – a celebration of life and a hope for a better world. 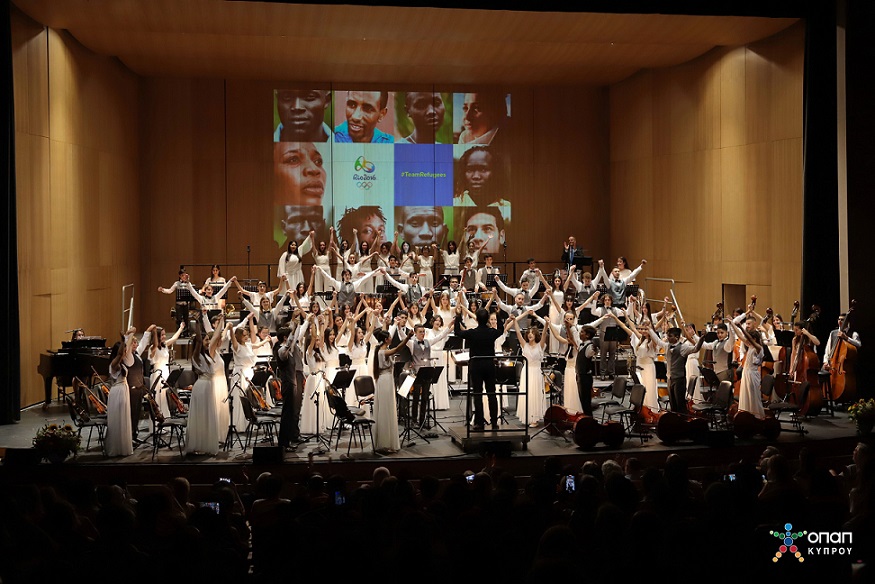 Also participating were youngsters from the Sistema Cyprus programme, which offers music education to children and young people in Cyprus, including kids from migrant backgrounds, refugees and young people with fewer opportunities, ensuring members of such groups are respected, recognised and integrated into society. Artistic director and conductor of Sistema Cyprus is Santiago Ossa Alzate.

Further enrichening the offerings with their presence were children from the choral ensembles of the Cyprus Youth Symphony Orchestra, under the direction of conductor Loizos Loizou. The orchestrations and concert script were provided by award-winning Greek creative Vicky Stylianou.

Cypriot Olympic team athletes Milan Trajkovic, Apostolos Parellis, Andri Eleftheriou and Karolina Pelendritou were also in attendance, setting up a symbolic parallel between the musicians on stage and the sportspeople, with the common denominator being fair play.

As major sponsor of the Cyprus Symphony Orchestra Foundation, OPAP Cyprus congratulated the Foundation’s creative initiative, as expressed through the “Ode to Olympism” concert, in recognition that culture and sport are a society’s ‘oxygen’, and its young musicians and athletes representative of its potential. For these reasons, OPAP expressed its pride in supporting the efforts of both the Cyprus Symphony Orchestra Foundation and the Cyprus Olympic Committee.