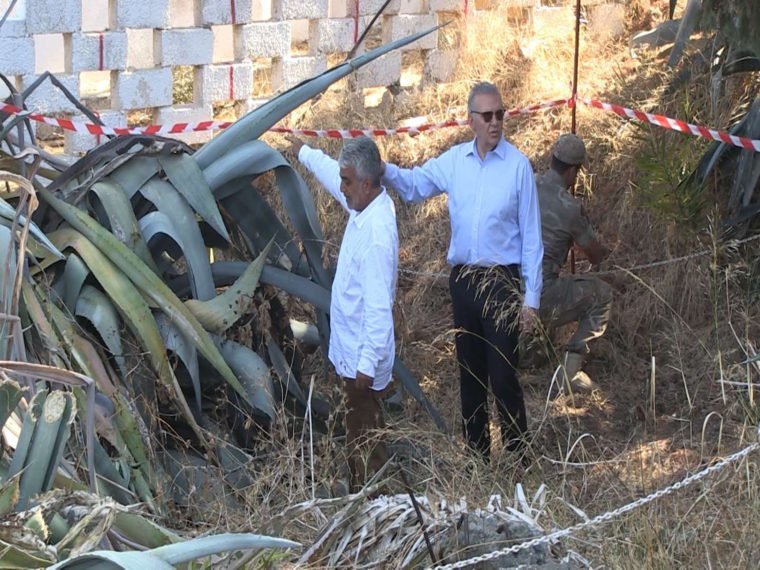 The Committee on Missing Persons (CMP) is carrying out exhumations at the Paphos cemetery as part of efforts to identify the remains of people who perished in the Tylliria area during the Turkish carpet bombing of the area in August 1964.

The excavations were due to be completed late last night.

The CMP’s Xenophontas Kallis told CNA the excavations were related to those who perished in the makeshift Pachyammos hospital that was set up in Tylliria, in the northwestern coast of Cyprus, during the aerial bombing.

The search is for the remains of a group of volunteer nurses, consisting of five people, who were treating the wounded from the nearby battlefield, he said. The search began in 2019.

On August 9, 1964, the hospital was hit with napalm bombs dropped by the Turkish air force. As a result of the explosions, the remains of people in the hospital were scattered over a wide area, Kallis said.

The remains of the victims were buried in various plots in a Paphos cemetery, where the the exhumations are now taking place.

At the moment, said Kallis, they were looking at four graves; one that has two names belonging to members of the nursing team, and three individual graves.

Two years ago, excavations were carried out at the site of the former makeshift Pachyammos hospital and a crater was discovered, along with various shareds of bone. Identifications showed that some bone fragments belonged to members of the medical staff.

“Now we are conducting excavations in two out of four graves to see what is inside”, Kallis said.

He said that after the exhumations, the bones would be transferred to the anthropological laboratory, to be cleaned and examined for any injuries, as well as for an estimate of age. Samples are then sent to the Cyprus Institute of Neurology and Genetics.

“I hope that we will have some results soon, in a month or two,” Kallis said.

Presidential Commissioner, Photis Photiou, speaking to CNA, said that the excavation in Paphos was a continuation of the effort made to close the chapter for those who died at Pachyammos.

The people who were killed there are not on the list of missing persons, but “are among those fallen in the ’63-’64 and ’74 periods, whose relatives are still looking for answers,” Photiou said.

Following the inter-communal violence which erupted in December 1963, Turkish Cypriots established a bridgehead at Kokkina in 1964, providing them with arms, volunteers and materials from Turkey.