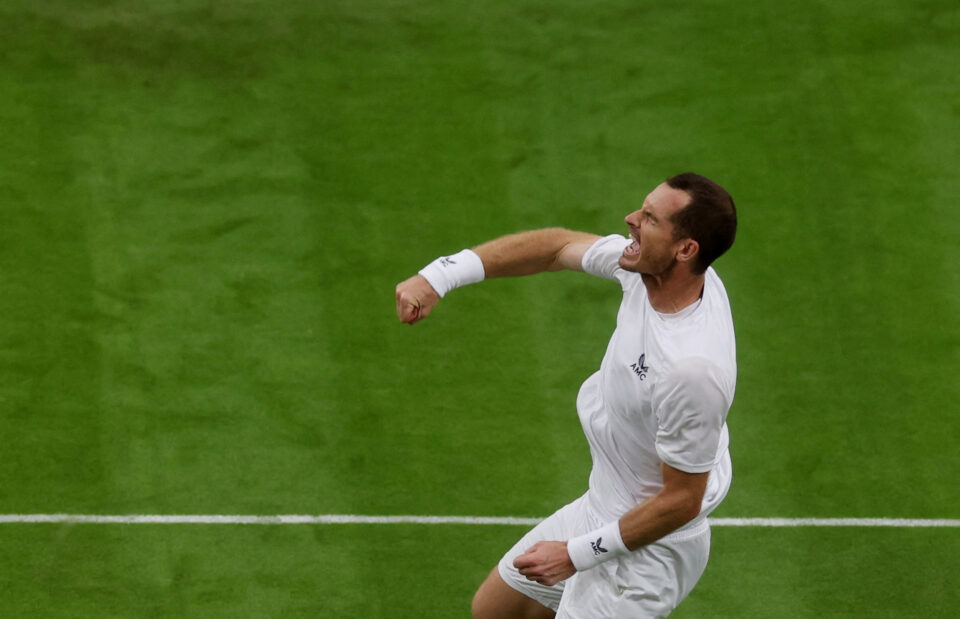 British hope Emma Raducanu and former champion Andy Murray gave the local fans reason to cheer on the opening day of Wimbledon after they won their first round matches on Centre Court on Monday.

Playing on the hallowed turf for the first time in the court’s centenary year, U.S. Open champion Raducanu prevailed 6-4 6-4 over in-form Belgian Alison van Uytvanck, who had won two grasscourt events prior to Wimbledon.

Murray, on the other hand, overcame an opening set hiccup to maintain his 100% record in the first round at Wimbledon to beat Australian James Duckworth 4-6 6-3 6-2 6-4 under the floodlights in a match where the roof was closed for the final set.

Hurkacz had underlined his Wimbledon credentials when he beat world number one Daniil Medvedev in the final at Halle but despite fighting back from two sets down, it was Davidovich Fokina who prevailed in a roller-coaster match.

Carlos Alcaraz, the youngest man in the draw, had a tough opening match against Germany’s Jan-Lennard Struff but the 19-year-old Spaniard produced some stunning shots that made the highlight reel in a 4-6 7-5 4-6 7-6(3) 6-4 victory.

2036 MURRAY OVERCOMES HICCUP TO MOVE INTO SECOND ROUND

Former world number one Andy Murray came back from a set down to beat Australian James Duckworth 4-6 6-3 6-2 6-4 on Centre Court to move into the second round.

1914 KERBER ADVANCES TO SECOND ROUND

Former champion and 15th seed Angelique Kerber beat Kristina Mladenovic 6-0 7-5 to move into the second round. Kerber, who won the title in 2018, will play Magda Linette in the next round.

1717 RADUCANU OFF TO WINNING START

Emma Raducanu marked her Centre Court debut with a 6-4 6-4 win over 10th seed Alison Van Uytvanck of Belgium. Britain’s U.S. Open champion was playing her first match since retiring from a match due to a rib injury three weeks ago.

1510 HOLDER DJOKOVIC GETS PAST KWON

Defending champion Novak Djokovic beat South Korea’s Kwon Soon-woo 6-3 3-6 6-3 6-4 on Centre Court for his 80th match win at Wimbledon, which made the Serbian the first player to record 80 singles victories at all four Grand Slams.

Play was suspended on the outside courts due to rain as action continued under the closed roofs on Centre Court and Court One.

1303 JABEUR SAILS INTO SECOND ROUND

Third seed Ons Jabeur powered past Mirjam Bjorklund 6-1 6-3. The Tunisian, a quarter-finalist last year, showed no signs of being hampered by the knee injury that forced her out of the Eastbourne tune-up event.

Play got underway again following a suspension due to rain.

Play began under cloudy skies at Wimbledon, with the temperature hovering around 19 degrees Celsius (66.2 degrees Fahrenheit).

Serena Williams to retire from tennis after US Open