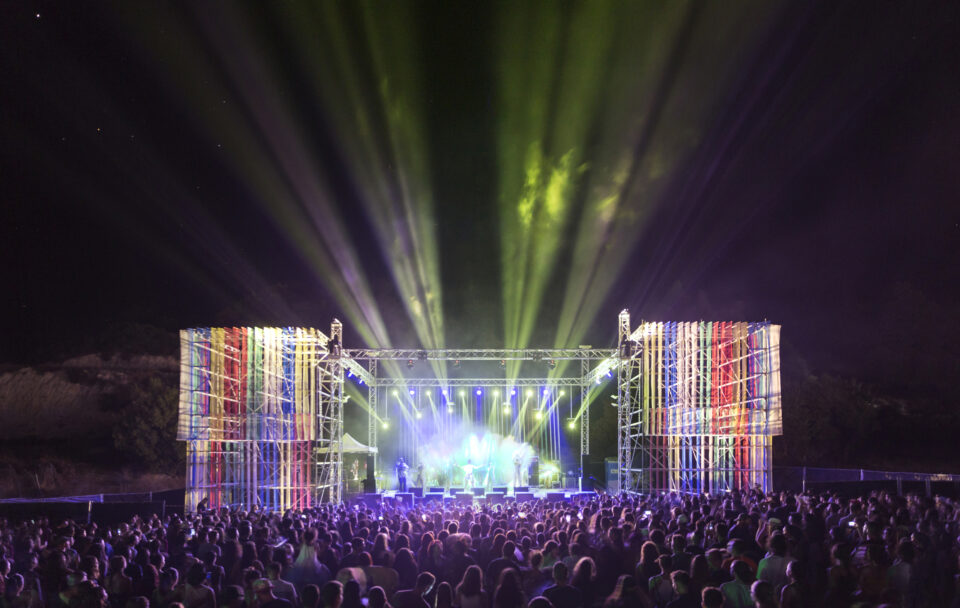 Festival lovers, the time to dance and party is finally here! After two years of patiently waiting for the summer events season to kick off, July arrives with some of the very best festivals of the island. Some eight festivals and counting are taking place all around the country and offering all sorts of experiences. One thing is certain – there will be no shortage of entertainment during the month.

Launching the month’s festival extravaganza is the 17th edition of AglanJazz. The festival returns to the Skali Cultural Centre in Aglantzia on July 6 and 7 with a rich line-up of performances. Musicians from Cyprus, Austria, France, Greece and Luxembourg are participating this year presenting original compositions and improvisation pieces. 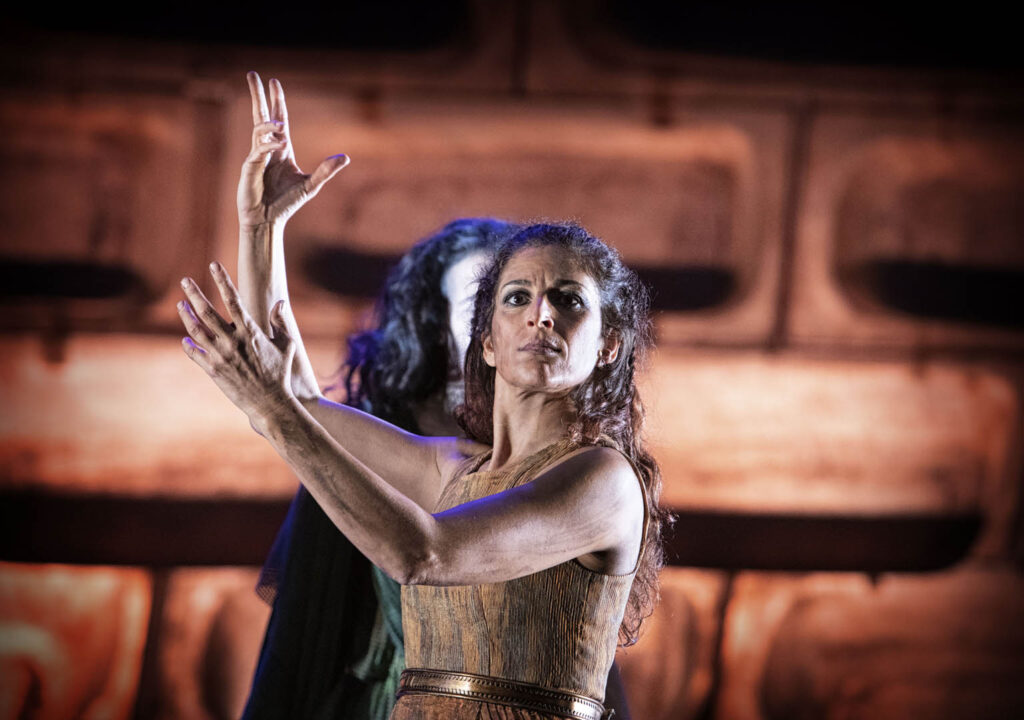 Bringing five productions of high artistic standards with a contemporary aesthetic and artistic approach to ancient Greek drama is what the 25th-anniversary edition of the festival holds. From July 6 to August 6 performances will take place at Paphos Ancient Odeon, Makarios III Amphitheatre and Curium Ancient Theatre.

Organised by NGO Urban Gorillas, Pame Kaimakli is a festival all about community engagement and activating public urban spaces. Each year, through a series of participatory events, workshops and walks, the festival brings old Kaimakli back life uniting residents with festival-goers. This year’s edition, from July 8 to 12 follows the theme of Urban Playground and aims to transform the public spaces into areas of human interaction while instilling a sense of playfulness in those who attend.

A week of intensive classes and musical training will take place in Limassol from July 9 to 16, which will be filled with the sounds of classical music performed by young artists from all over the world passionate to learn, share and perform classical music.

The festival will also hold several smaller informal concerts, where students will give chamber music concerts alongside their professors and the best results will be presented at the final concert. The Cultural Crossroads Festival’s aim is to bring together young, enthusiastic and eager-to-learn musicians and unite them with the dedication and passion of highly respected educators, all with their own impressive international careers. 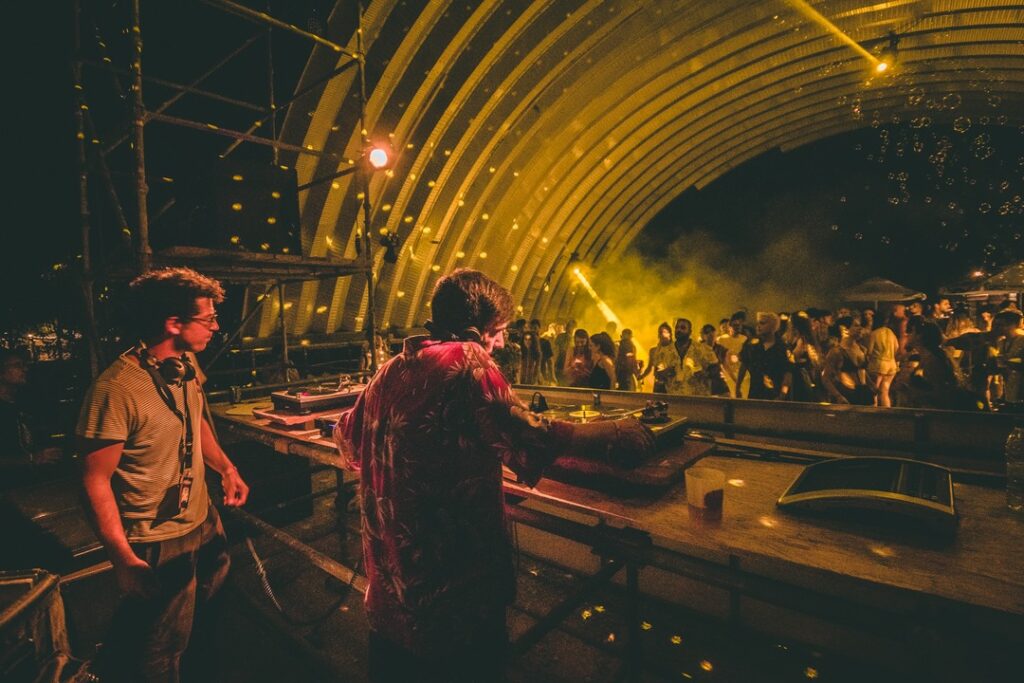 To celebrate its 10th anniversary, AfroBanana Festival is on for five days this summer from July 13 to 17 at the scenic grounds of Val’s Place in Gialia, Paphos. Internationally acclaimed bands and DJs, some of the island’s best local musicians and interventions by artists will make up this edition. Performances, installations, workshops, a kids’ creative corner, wellness activities, artist interviews and more are also part of the agenda.

Also on in mid-July is the nomadic arts festival of Xarkis which is this year moving to the rose-filled village of Agros. From July 15 to 17, Xarkis will welcome festival-goers and artists from all over the world. Two days packed with engaging workshops, live performances and concerts, film screenings, interactive games and much more are scheduled with something planned for visitors of all ages.

As Rialto Theatre moves its events outdoors for the summer, so does the latest edition of the Cyprus Rialto World Music Festival. Held at SEK Parking just behind the theatre, seven days of live music are in the works towards the end of the month. Planned for this summer’s programme starting from July 17 are choral singers from Europe and the Arab world, the Idaeon Project, the Blunefé duet, Eleonora Rousou in a music-making workshop, Andria Antoniou and friends, the six-member vocal ensemble Kalesma and the Batukinio percussion band with guests.

Last but certainly not least is the highly anticipated Fengaros Festival, which will return to Kato Drys village for its 10th edition. From July 28 to 30, the festival will bring world-renowned trailblazers, more than 45 hours of music from live bands and DJ sets, camping underneath the stars and a community of music-lovers.

Some of the performers include Marina Satti, Nightstalker, Inal Bilsel, Demetris Mesimeris and Anemourio. A blend of local and international musicians and bands will perform at Fengaros days after the Fengaros Music Village wraps up. Three days of music, camping and village fun will close off July before August arrives with its own events’ agenda.

A week of classical music classes and concerts. July 9-16. Throughout Limassol. www.culturalcrossroads.eu. Tel: 96301300

Coronavirus: Over 10,000 new cases this week as Covid numbers continue to rise