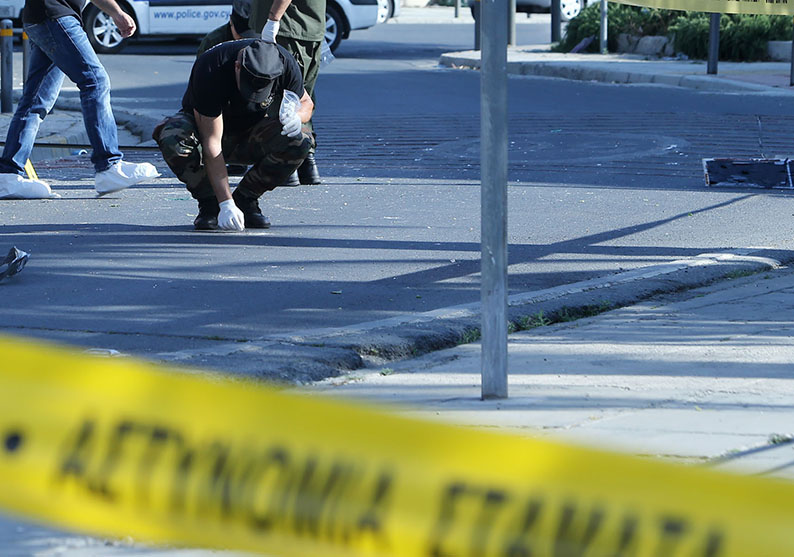 The 12-month sentence imposed on the hit-and-run driver in a fatal Ayia Napa crash has been decried by the victim’s family as a “huge insult” in a statement issued through lawyers on Saturday.

The lawyers representing the family of the victim, Christina Camilla Palmdahl of Sweden, contacted the Cyprus Mail and expressed their disbelief at the court’s ruling on Monday – saying that they would push for an appeal and that they expect the legal service to “ensure the proper administration of justice”.

Lawyer Alexandros Alexandrou told the Cyprus Mail on Saturday that the 26-year-old perpetrator, who was sentenced last Monday, could be out of prison in just eight months, as he has already been held for two months and sentences are also reduced by 20 per cent for good behaviour.

The statement from the lawyers said the family finds the sentence to be “a HUGE insult to the memory of the victim, her family, but also an insult to the entire Cypriot society.”

On May 5, Palmdahl – aged 46 – had left her five-year-old daughter in the care of hotel staff so that she could cross the road and visit the nearby supermarket – only to be struck by the rental buggy at the pedestrian crossing soon after.

Alexandrou sought to highlight the stark disparity in the sentencing of the British tourist, named as Manraj Singh Sidhu, who was found guilty of the fatal crash and the sentences received by others for seemingly similar crimes.

“A Russian driver who caused the death of 27-year-old Panagiotis Christophorou while driving under the influence of alcohol and drugs was charged with manslaughter and sentenced to nine years in prison,” the lawyers stated, referring to a case last year.

Sidhu was found guilty of carrying out a dangerous and reckless act which resulted in the death of a person, reckless and dangerous driving, and abandoning the scene of a fatal crash, among many others.

He fled the scene on foot but was tracked down by police a few hours later. An alcotest identified a reading of 44μg, more than four times over the legal limit of 9μg, and a drugs test returned positive for cannabis.

The family’s lawyer stated that although the young man was clearly driving under the influence of alcohol and drugs, neither the prosecution nor the court took this into account in its sentencing.

“The driver completely abandoned his vehicle and the scene without offering any assistance to Camilla. Thus, evidencing his intention to avoid any responsibility, while at the same time he knew that the rental vehicle was registered in his name and it was certain that he would be traced and arrested,” the lawyers said.

Alexandrou warned that the sentencing appears to have created a “legal loophole” where fleeing the scene seemingly leads to a lighter sentence.

“One cannot but wonder whether the Cypriot courts show leniency to the drivers who abandon their victims and flee the scene. Could it be that if the English buggy driver who killed Camilla had not left the scene, he would have been sentenced to nine years instead of 12 months?” the lawyer argued.

The lawyer also told the Cyprus Mail that the defendant’s team put forth as mitigating circumstances that the perpetrator showed remorse by sending the family a written statement saying that he would pay an unspecified amount to the victim’s daughter.

“While the said offer was used in court as a mitigating factor to reduce his sentence, neither he nor anyone else from his side proceeded with fulfilling the above,” the family’s lawyer said.

They further argued that: “Witnesses in the area have stated that for many metres if not kilometers before [and] leading up to the scene, he was driving in an extremely dangerous and reckless manner, behavior that is a daily spectacle on Nissi Avenue by tourists driving buggy-type vehicles.”

The UK’s MailOnline spoke to Palmdhal’s husband, Jonas, who has expressed his shock and dismay at the seemingly lenient sentencing.

“How can this happen? How can the judge only give one year? It seems to me they have rushed through this case and no matter he pleaded guilty. What about our family?” Jonas told MailOnline. 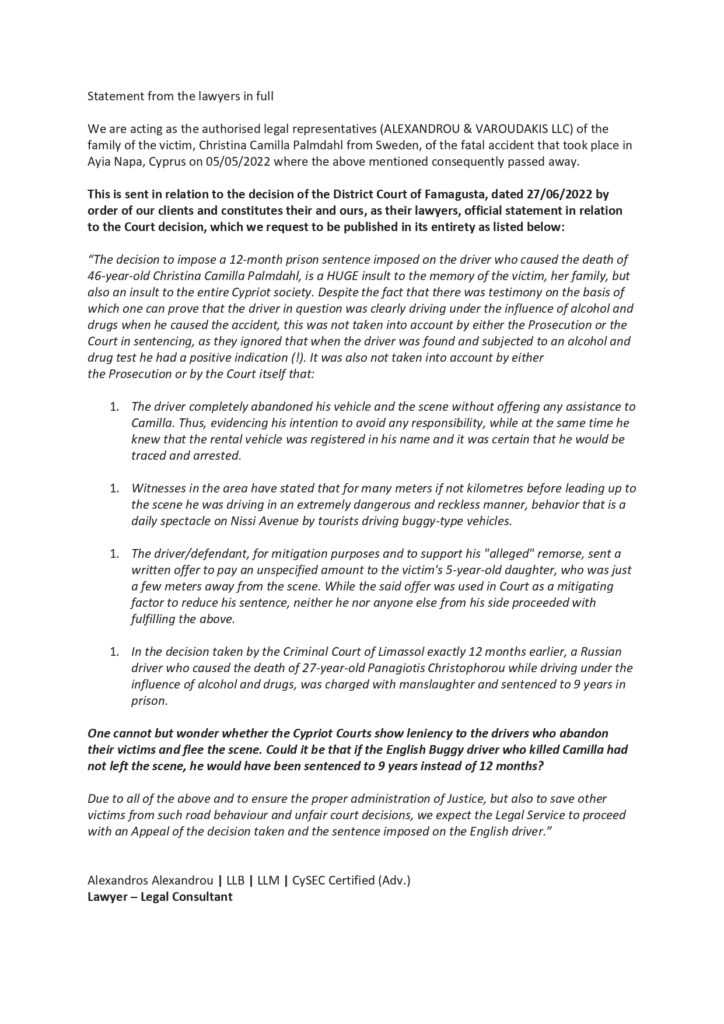