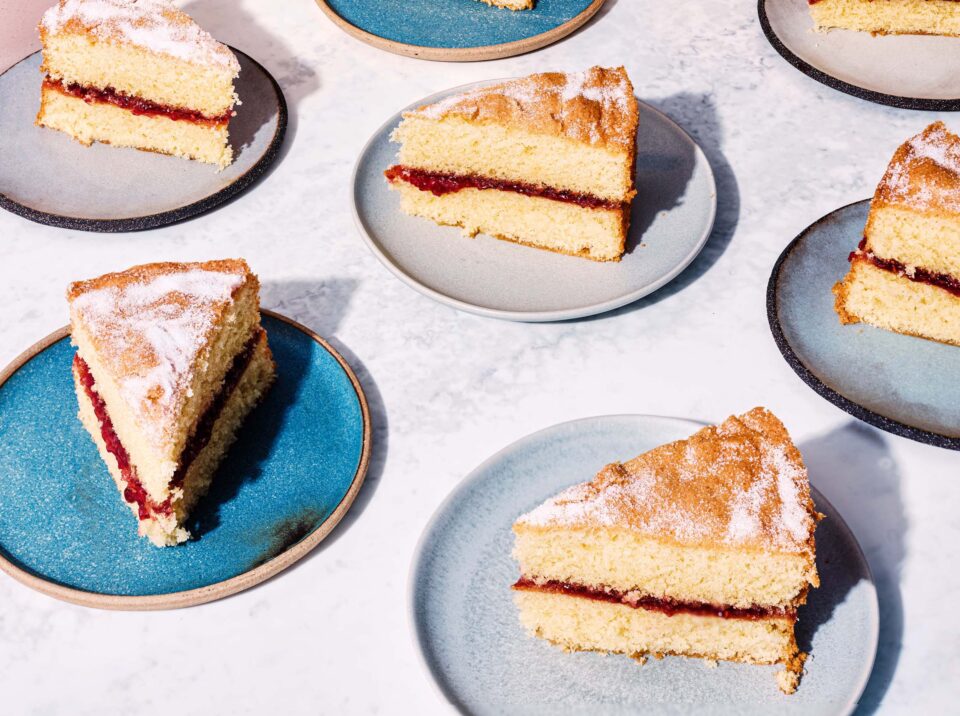 Paul Hollywood didn’t set out to become a baker. Yes, his father was a baker, but he initially joined the industry through necessity.

After going to art school, “I just needed a trade,” Hollywood, 56, confesses. “The Eighties were difficult for everybody, everyone was on the dole. So you needed a trade to get some money – it was hard, being young. Getting a trade was always a bonus, whether you were a plumber, a bricky or whatever, and I ended up being a baker.

“It was a skill I had to learn, but I did pick it up fairly quickly” – and he knows how lucky he is to have fallen in love with the art of baking. “Any person who does a job they love – it’s not like work. Getting out of bed in the morning was difficult, but you get used to it.”

Sometimes it’s easy to forget Hollywood – best known as the steely-eyed judge on much-loved show The Great British Bake Off – built a whole career as a professional baker before going on the telly, becoming head baker at the Dorchester hotel, and supplying Harrods and Waitrose with his bakes.

Now, he’s arguably the most famous baker in the UK, with contestants desperate for one of his famed Hollywood handshakes. But that doesn’t mean he hasn’t made mistakes. In fact, that’s how he became the baker he is today.

“I’ve screwed up in the past. I think when I was starting, I missed something like yeast, which is really critical,” he remembers. “Having to put all the dough back in the mixer, diluting the yeast and putting it back in the dough – I’ve done that before. I’ve forgotten rising agents in Genoise [sponges], baking them and they’re flat and wondering what’s going wrong. And overwhipping meringue.”

And while Hollywood recognises the contestants on Bake Off are “amateurs not professionals”, he still expects a high standard from them. “They signed up to be judged, and judging they will get.”

Hollywood wrote his latest cookbook, Bake, while in the Bake Off bubble in 2021 – and he couldn’t have chosen a better environment. “It gave me the drive, because it was all on tap – some of the things I was eating at the time, I was thinking I could better that, or do something like that.”

4 large eggs (in their shells)

About 135g unsalted butter, softened, plus extra to grease the tins

A little caster sugar, to sprinkle

Heat oven to 180C/Fan 160C. Grease two 20cm sandwich tins and line the bases with baking paper. Weigh the eggs first (in their shells), then weigh the same quantity of sugar and flour. For the butter and the margarine, you need half the weight of the eggs.

In a large bowl, cream the butter, margarine and sugar together using an electric whisk until pale in colour and light and fluffy.

Beat the eggs, then gradually add to the mixture, beating well after each addition. Sift the flour over the surface of the mixture and gently fold in.

Divide the mixture between the prepared tins. Gently smooth the surface with the back of the spoon to level it.

Bake in the centre of the oven for 25 minutes until risen, golden brown and the cakes spring back in the centre when lightly touched. Leave the cakes in the tins for five minutes, then remove to a wire rack. Leave to cool completely.

When cold, sandwich the cakes together with the raspberry jam and sprinkle the top with a little caster sugar.

For the rough puff pastry

A pinch of white pepper

To make the pastry, put the flour, salt and butter into a bowl. Mix the lemon juice with the water and add three-quarters of the liquid to the bowl. Gently stir until the mixture comes together to form a lumpy dough, adding the remaining liquid if required. Don’t knead or work too much.

Tip the dough onto a floured surface and flatten to a rectangle. Using a rolling pin, roll into a narrow rectangle around 2.5cm thick. Fold one-third of the dough up on itself, then the opposite third down over that. Wrap the pastry in cling-film and chill for at least 20 minutes.

Unwrap the pastry and repeat, rolling the pastry at 90° to the original roll, to a rectangle 40cm x 15cm, then folding as before. Wrap and chill for 20 minutes. Repeat the process twice more, chilling the dough for at least 20 minutes between folds.

Heat oven to 200C and line a large baking tray.

For the filling, heat the oil in a small frying pan over a medium heat, add the onion and cook for seven to 10 minutes until softened and just turning golden brown. Leave to cool.

In a bowl, mix the sausage meat with the cooled onion, crumbled Stilton, thyme and white pepper. With floured hands, roll the filling into a 20cm-long sausage and wrap tightly in cling-film. Chill for 30 minutes.

Roll out the pastry to a rectangle, 30cm x 20cm, and trim the edges to neaten. Place on the baking tray and chill for 20 minutes. Unwrap the sausage and lay it along the pastry rectangle, 6cm from one edge.

Brush the exposed pastry with beaten egg yolk, leaving the 6cm border clear. Fold the egg-washed pastry over the sausage filling to meet the border and encase the sausage filling. Press the edges firmly together. Press a floured fork firmly along the length of the sealed edge.

Brush the sausage roll with more egg and score the pastry. Chill for 15 minutes. Heat oven to 210C. Brush the pastry again with egg, then sprinkle with the nigella and sesame seeds. Bake for 30 minutes or until the pastry is golden and crisp and the sausage meat is cooked through.

Leave to cool on a wire rack for 10 minutes before slicing.

Bake: My Best Ever Recipes For The Classics by Paul Hollywood is available now