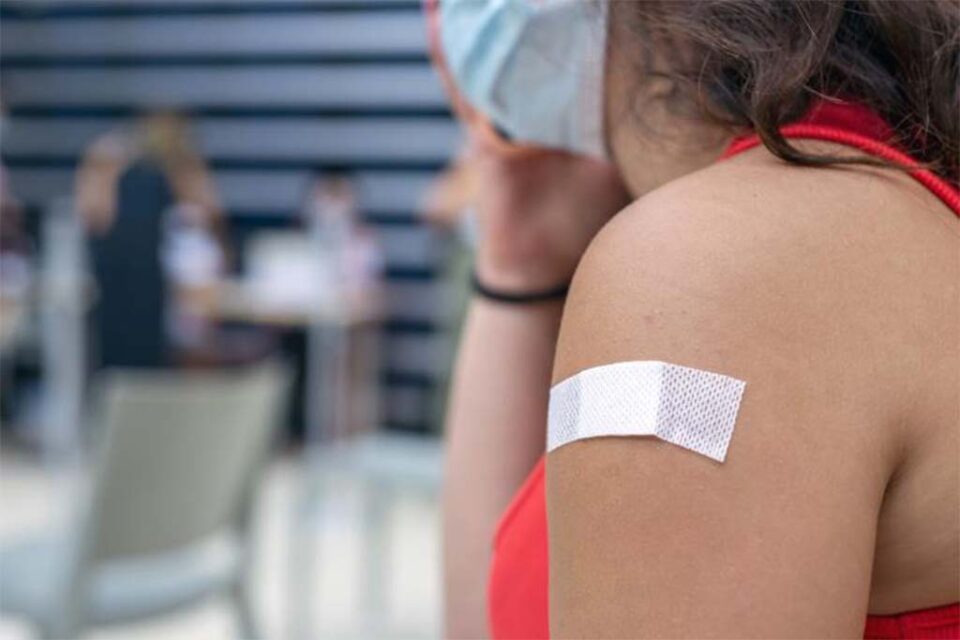 Experts on Monday urged the elderly and vulnerable to take their fourth Covid vaccine dose (second booster) amid an increase in infections and hospitalisations.

Epidemiologist Michalis Voniatis explained that while there has been a “significant increase in infections” there has not yet been a rise in serious hospitalisations, with just four such cases – unchanged from the week prior.

But he called on those who are at risk of complications should they become infected – namely the elderly and vulnerable – to get their fourth shot, in comments made to Alpha on Monday morning.

The health ministry on Friday announced that 10,879 Covid infections had been identified in the past week with 75 patients in state hospitals with the virus.

Elsewhere, Zoe Dorothea-Pana, a lecturer in paediatrics at the European University Cyprus’ School of Medicine and member of the government’s Covid advisory team, also urged those who are eligible to get their second booster – as did Elena Panayiotopoulou, the director of the pharmaceutical services.

Panayiotopoulou said on Monday that the fourth dose will not prevent recipients from getting infected but that it will protect them from serious illness, in comments made to state broadcaster CyBC.

She added that they are currently evaluating proposals to also allow those under 60 to receive the added shot.

Pana, also speaking to CyBC, said that we are undergoing another significant outbreak, with increasing positivity rates and infections but that the health system is unlikely to be placed under great strain.

Asked about preparations for winter – when infections are typically higher – Voniatis explained that both Pfizer and Moderna are in the final stages of updating their vaccines, which it is hoped will better target the BA.4 and BA.5 variants, which are fuelling the current wave of infections.

He said, however, that those updated vaccines are not expected to be available in Cyprus until at least October. Pana offered a similar estimate.

Asked whether those who are being pressed to take their fourth shot – the over 60s and vulnerable – should wait a few months until the updated jabs are available, Voniatis said that those who are at risk should proceed with what is currently available.

As of last Tuesday, just 25,000 people had received their fourth jab. It was also stated that 73.6 per cent of those eligible are fully vaccinated, up to the third dose.

Voniatis said that the latest report by the epidemiological surveillance unit is expected on Monday – “and that will give us a picture of what exactly is going on”.

Referring to Friday’s health ministry report, he said that: “It is a very significant increase [in infections] but I do not personally believe that it’s a rise which require measures to be immediately imposed.

“And the reason for that, is that – yes – infections have increased by about 50 per cent but serious hospitalisations have remained at four patients, as was the case with the week prior – so there was no increase in those who are seriously ill,” he said.

“The situation is very manageable at the moment,” Voniatis added, explaining that the high vaccination rate and the half a million infections already recorded make the current climate very different to last year during the Delta outbreak.

“We did have a 60 per cent increase in [covid] hospitalisations and that was expected during heightened transmission, because people who have underlying conditions are taken in mainly as a precaution,” he explained.