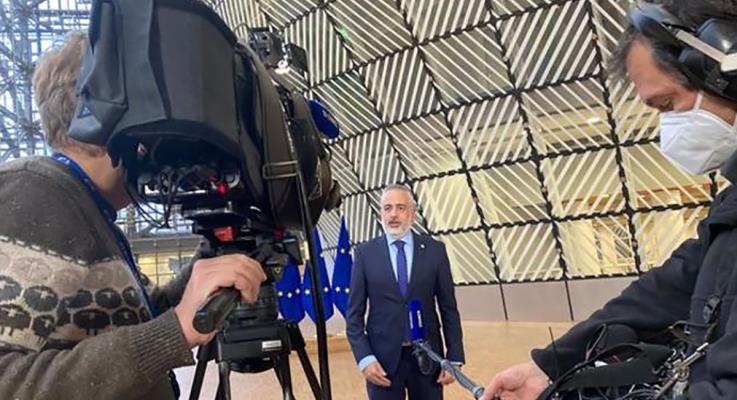 The Deputy Ministry of Shipping on Monday announced that minister Vassilios Demetriades is currently in Japan on an official visit.

During his time in the country, the minister will hold a series of meetings with government officials, representatives of shipowners’ unions, as well as shipping and financial sector executives.

According to a press release by the Deputy Ministry, the visit has taken place within the framework of promoting Cyprus as a maritime centre.

The ultimate objective of the strategy is to attract international shipping companies to Cyprus, as well as the registration of vessels from that particular market.

Moreover, he is expected to visit a number of companies to highlight the advantages of the Cypriot shipping sector.

The Deputy Minister will also hold a series of other meetings to present the current developments and challenges of global shipping.

The ship was built in a Japanese shipyard in line with the most modern environmental standards and will be flying the Cypriot flag.

Skyserv, a leading Greek company in the airline ground handling industry, announced on Monday that it has begun operating at Larnaca International Airport.

The company, which has significant experience from operating across 36 airports in Greece and having more than 150 clients, recently won the tender for the third license for ground handling services at Larnaca International Airport.

Skyserv offers a full range of services related to air transport and ground handling and provides specialised solutions to each of its partner companies.

The company has already made significant investments in staff recruitment, while its business plan for the next three years foresees additional hirings, as well as the expansion of international strategic synergies.

“Two years ago, our group came to Cyprus with SKY express, and we invested in its people, we trusted its institutions and we support the prospects of its economy,” Skyserv Cyprus general manager Nikos Grylos said, who noted that “Cyprus has also become our country”.

“Today we are taking a step further with a new major investment in the airport’s ground handling sector,” he added.

Grylos also said that the company has created new, specialised jobs and strengthened a market that greatly benefits the Cypriot economy.

“We are confident that this mutually beneficial and successful course will continue,” he concluded.

The general Cyprus Stock Market Index was at 67.49 points at 12:51 during the day, reflecting a rise of 0.12 per cent over the previous day of trading.

In terms of the sub-indexes, the main index rose by 0.14 per cent, while the hotel, investment firm and alternative indexes remained stable.

The biggest investment interest was attracted by the Bank of Cyprus (+0.49 per cent), the Cyprus Cement Company (no change), Alkis H. Hadjikyriacos – Frou Frou Biscuits (no change), Woolworth Cyprus Properties (no change) and Unigrowth Investment (no change).