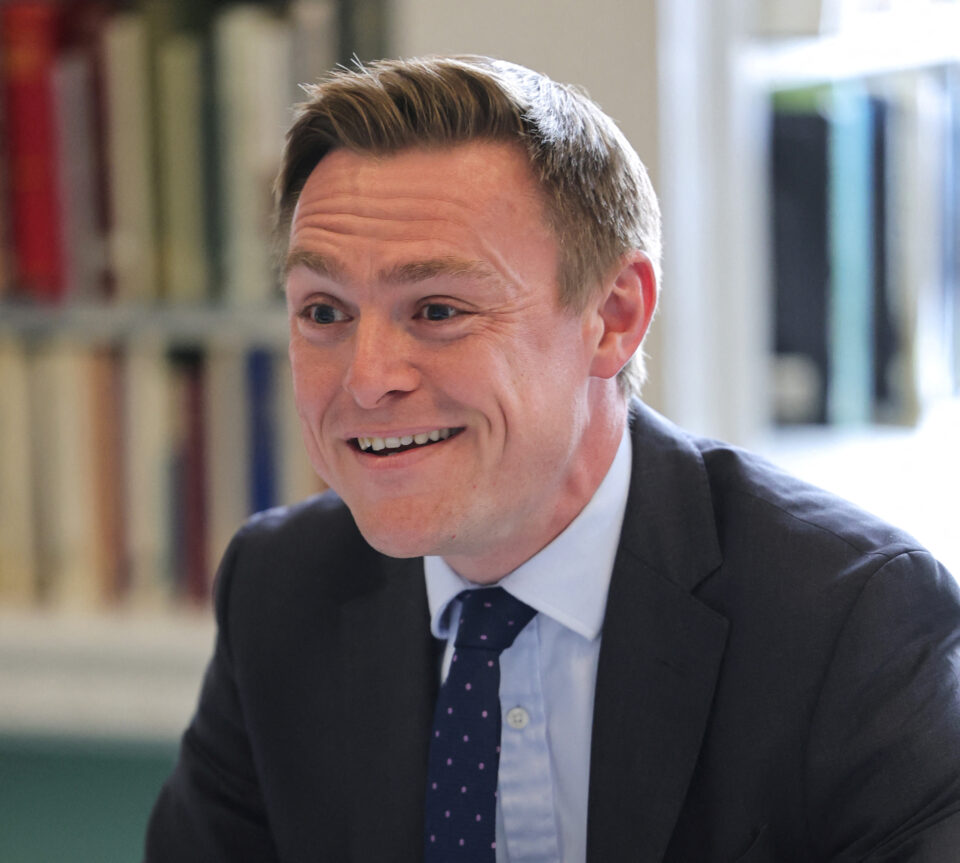 Minister for Children and Families, Will Quince, the latest to resign..so far today

Britain’s Boris Johnson was clinging to power on Wednesday, with support seeping away from the increasingly isolated prime minister, badly wounded by the resignation of a stream of senior colleagues who said he was not fit to govern.

Johnson’s finance and health secretaries quit on Tuesday following the latest scandal to hit the government, triggering the departure of around 15 lower-ranking politicians and the withdrawal of support of once loyal lawmakers.

With the tide of resignations rising, some questioned whether the prime minister could fill the vacancies.

Johnson, due to appear in the House of Commons lower house of parliament for his weekly political questions at midday, sought to reassert authority by quickly appointing Nadhim Zahawi as Chancellor.

But as former education secretary Zahawi toured broadcast studios on Wednesday morning to set out the government’s priorities, he was confronted with news of fresh resignations.

Solicitor General Alex Chalk, the government’s second-most senior legal adviser, said the cumulative effect of a series of scandals meant the public no longer believed the government could uphold expected standards of candour.

“I regret that I share that judgment,” he said.

The level of hostility Johnson faces within his party will be laid bare when he appears in parliament for the question session, and before the chairs of select committees for a scheduled two-hour grilling later on Wednesday.

“I suspect we will have to drag him kicking and screaming from Downing Street,” one Conservative lawmaker told Reuters, speaking on condition of anonymity. “But if we have to do it that way then we will.”

Johnson, a former journalist and London mayor who became the face of Britain’s departure from the European Union, won a landslide election victory in 2019 before taking a combative and often chaotic approach to governing.

His leadership has been mired in scandals and missteps over the last few months, with the prime minister fined by police for breaking COVID-19 lockdown laws and a damning report published about the behaviour of officials at his Downing Street office who breached their own lockdown rules. Read full story

There have also been policy U-turns, an ill-fated defence of a lawmaker who broke lobbying rules, and criticism he has not done enough to tackle a cost-of-living crisis, with many Britons struggling to cope with rising fuel and food prices.

“Every day that he remains deepens the sense of chaos,” it said. “For the good of the country, he should go.”

The latest bout of drama at the heart of British power comes as the economy deteriorates rapidly, with some economists warning the country could tip into recession.

The latest scandal saw Johnson apologising for appointing a lawmaker to a role involved in party welfare and discipline, even after being briefed that the politician had been the subject of complaints about sexual misconduct.

Downing Street’s narrative changed several times over what the prime minister knew of the past behaviour of the politician, who was forced to resign, and when he knew it. His spokesman blamed a lapse in Johnson’s memory.
That prompted Rishi Sunak to quit as chancellor of the exchequer – the finance minister – and Sajid Javid to resign as health secretary, while others left their junior ministerial or envoy roles.

“It is clear to me that this situation will not change under your leadership – and you have therefore lost my confidence too,” Javid said in his resignation letter.

Several of the ministers cited Johnson’s lack of judgment, standards, and inability to tell the truth.

A snap YouGov poll found 69% of Britons thought Johnson should step down as prime minister but for the time being the remainder of his top ministerial team offered their backing.

“I fully support the prime minister,” Scottish Secretary Alister Jack said. “I am sorry to see good colleagues resign, but we have a big job of work to do.”

A month ago, Johnson survived a confidence vote of Conservative lawmakers, and party rules mean he cannot face another such challenge for a year.

However, some lawmakers are seeking to change those rules, while he is also under investigation by a parliamentary committee over whether he lied to parliament about COVID-19 lockdown breaches.

Nominations are expected to open on Wednesday for the executive of the so-called 1922 Committee that sets the rules for leadership confidence votes. Johnson critics hope to elect enough people to change the rules to allow another such vote before the 12-month grace period allows.

Were Johnson to go, the process to replace him could take a couple of months.

Only two-and-a-half years ago, the ebullient Johnson won a huge parliamentary majority on a promise to sort out Britain’s exit from the European Union after years of bitter wrangling.

But since then, his initial handling of the pandemic was widely criticised and the government has lurched from one predicament to another.

Although Johnson won wider plaudits for his support of Ukraine, a lift in his personal poll ratings did not last. His Conservatives trail the opposition Labour Party and his own popularity ratings are at all-time lows.

Johnson’s combative approach towards the European Union has also weighed on the pound, exacerbating inflation which is forecast to surpass 11%.

“After all the sleaze, the scandals and the failure, it’s clear that this government is now collapsing,” Labour leader Keir Starmer said.