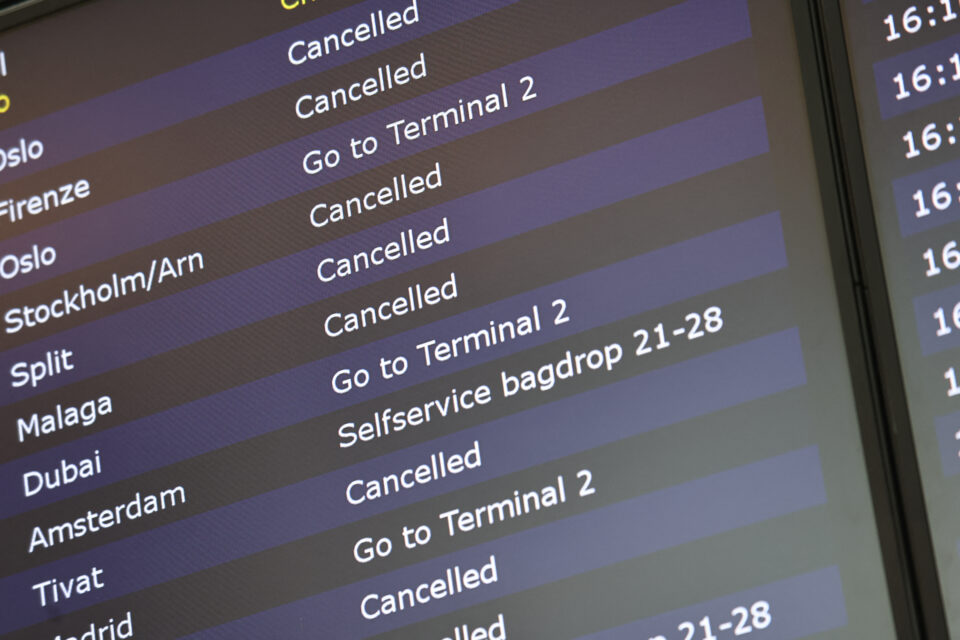 Scandinavian airline SAS headed into the third day of a crippling pilot strike, canceling well over half its flights on Wednesday, as it geared up for the first court date in its bankruptcy proceedings later in the week.

The carrier, whose biggest owners are the Swedish and the Danish states, filed for bankruptcy protection in the United States on Tuesday to help cut debt while warning a strike among its pilots had deepened its financial crisis.

Talks between SAS and pilots in its main SAS Scandinavia arm over new collective bargaining agreement collapsed on Monday, triggering a strike that adds to travel chaos across Europe and sparked heated trading of blame between management and unions.

SAS has said the strike will cost it $10 million to $13 million per day and had hastened its decision to file for Chapter 11 bankruptcy protection as it sought breathing space to restructure its loss-making business.

Data from flight tracking website FlightAware showed 196 SAS flights grounded on Wednesday, a cancellation rate of 63%. The airline has said the strike will affect about half its flights on a daily basis.

At Stockholm’s Arlanda Airport, normally buzzing with SAS flights, ground-handling staff were doing their best to cope with the situation, said Martin Johansson, chairman of the local branch of the white-collar Unionen labour union.

“They are worried,” he said. “Ground handling are the ones taking the first hit – we are always the first ones that the travellers meet here.”

“There is little they can do but to send people home.”

The airline has said the move to seek bankruptcy protection was aimed at accelerating a restructuring plan announced in February. The first hearing in the proceedings had been scheduled for Thursday in New York city, a court filing showed.

SAS expects to complete the Chapter 11 process in nine to 12 months.

Union leaders and management have negotiated since November and the collective agreement between the airline and the SAS Pilot Group union expired on April 1, with the terms for re-hiring pilots the main sticking point.

Pilots are angered by SAS‘ decision to hire new pilots through two new subsidiaries – Connect and Link – under what unions say are worse terms, instead of first re-hiring former employees dismissed during the pandemic, when almost half of the airline’s pilots were let go.

The strike includes all pilots from parent company SAS Scandinavia, but not Link and Connect, which are under a different union. The strike also does not affect SAS‘ external partners Xfly, Cityjet and Airbaltic.

“The problem will not get smaller going forward, even though we are hiring. I say that very openly,” said Fraport Chief Executive Stefan Schulte told a media briefing in Frankfurt on Tuesday evening.

He said disruptions due to a lack of workers would continue for the next two or three months.

Fraport has already rehired nearly 1,000 new ground services employees after cutting about 4,000 during the pandemic.

Schulte said that the situation would not be resolved even if a few hundred new employees or temporary workers from abroad were to be deployed.

Schulte apologised to passengers for long wait times, but said Fraport and other operators has been caught off guard by the swift surge in demand for travel and said it was difficult to ramp up airport operations in such a short time.

At peak times, crowds were as big as before the coronavirus pandemic hammered the industry, he said, adding: “That did surprise us. That’s where I openly admit we were wrong.”