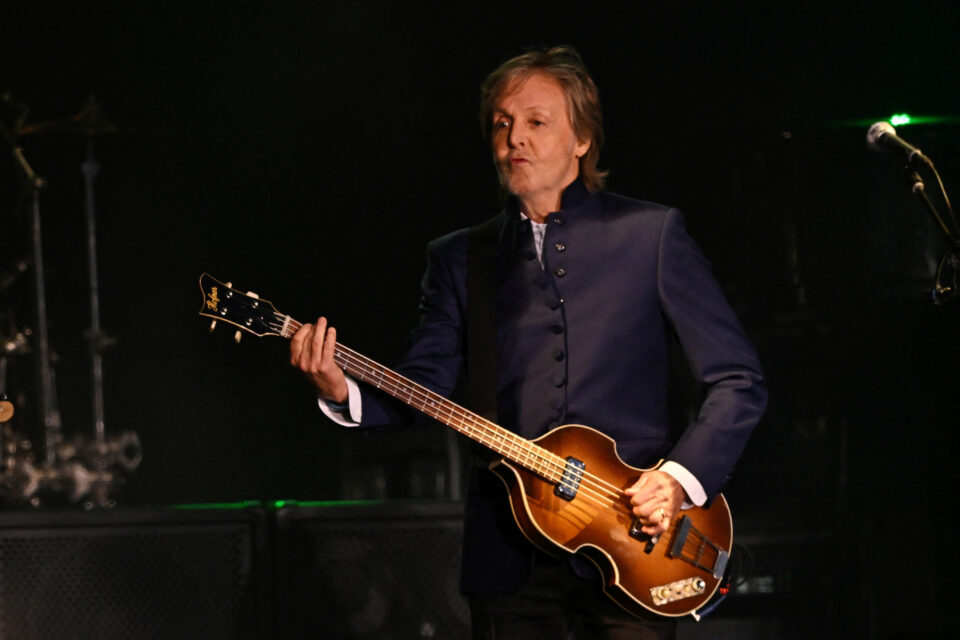 Paul McCartney performs on the Pyramid stage at Worthy Farm in Somerset during the Glastonbury Festival in Britain, June 25, 2022. REUTERS/Dylan Martinez

Paul McCartney turned 80 on June 18, making him last Sunday the oldest person ever to have been a Glastonbury headliner.

The octogenarian is still going for it on stage, lively as ever, and continues to surprise and entertain audiences old and young.

The father of five has been gigging since 1957 – so, what is the secret to his youthful appearance, abilities and outlook?

Yoga for the eyes

Yes, eye yoga. On the Table Manners podcast in 2021, McCartney revealed he began doing eye yoga after a trip he took to India in the late-Noughties – and while his excellent vision might not be solely down to the exercises, he reportedly hasn’t needed to wear glasses since.

Exercises in eye yoga include ‘palming’, which involves placing your warm palms on your eyelids for about 10 seconds. You could even try blinking very fast for 10-15 seconds, or ‘zooming’ – focusing on an object in the distance and then moving to a closer one, and going back and forth.

Much of McCartney’s life has revolved around music – and this could have had a positive impact on his health.

Joanne Loewy, director of the Louis Armstrong Centre for music and medicine and co-editor of the journal Music and Medicine, researches the use of music to help patients dealing with pain, depression and possibly even Alzheimer’s disease.

She explained how beneficial it can be in a piece published in the American Psychological Association, saying: “There’s just something about music — particularly live music — that excites and activates the body. Music very much has a way of enhancing quality of life and can, in addition, promote recovery.”

It sounds like the old adage of ‘the more you do, the more you can do’, could apply to McCartney, who continues to write and perform music – in 2020, he earned himself his first UK number one since 1989’s Flowers In The Dirt.

While going plant-based is pretty popular now, McCartney first tried vegetarianism in 1975, alongside his late wife Linda. In the 2021 cookbook Linda McCartney’s Family Kitchen, he wrote of the couple’s decision to go veggie: “Now of course, it’s really not difficult at all. You just go down the shops and most places will have great veggie options. It was a joint decision and we never looked back. It was a great thing to do, and it turned out we became part of a vegetarian revolution.”

There are plenty of potential benefits to going veggie – a recent study published in the journal BMC Medicine and co-funded by World Cancer Research Fund and Cancer Research UK suggested following a vegetarian diet could lower a person’s cancer risk by 14 per cent.

Plus, a study by the University of Navarra in Spain suggested veggies had a lower risk of Type 2 diabetes.

Turn old age on its head

On a 2020 episode of the podcast SmartLess, McCartney shared his impressive fitness routine – and revealed the unusual way he finishes workouts.

“I have a very definite routine,” he said – including foam rolling, stretching, using the cross trainer, and occasionally running.

He always finishes with his “favourite part” – doing a headstand. It’s something that requires excellent core strength, flexibility and balance, and it seems McCartney still has it.