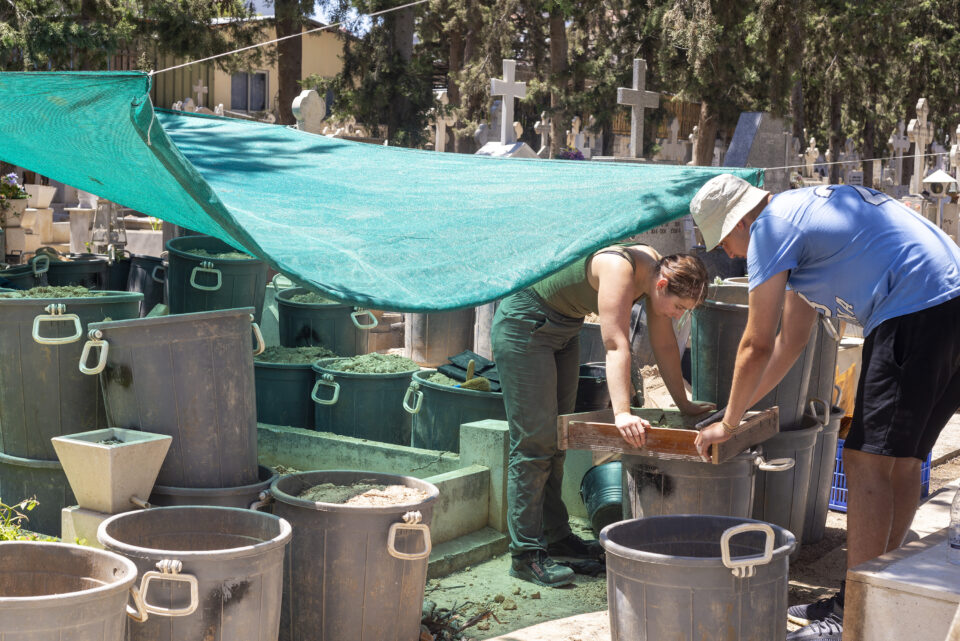 The remains of three men killed by Eoka B 48 years ago have been located in a common grave in Limassol, the Cyprus News Agency reported on Thursday.

It said that exhumation work is continuing. Efforts are underway to locate the remains of a fourth man believed to have been buried in the same grave.

Experts are also working at a different spot in the cemetery to find remains of others killed during the coup which overthrew the government of then president Archbishop Makarios, it added.

The exhumations started early on Wednesday morning, following an order issued by Limassol district court at the request of the victims’ families so that they can be buried with due honours, in their birthplaces.

The four heroes, Charalambos and Anastasis Christofi, Pantelis Charalambous and Christakis Kombos, were killed on July 16, 1974.

Xenofon Kallis, head of the scientific team in charge of the exhumations, told the news agency that scientists from Liverpool John Moores University were also taking part.

He said that DNA tests will be carried out at the forensic lab of the Cyprus Institute of Genetics and Neurology under the team headed by Marios Kariolou.

So far, the remains of three individuals have been found and exhumed. Work continues to find the fourth individual who, according to testimony, was buried in the common grave on the northwest side of Ayios Nicolas cemetery.

Kallis added that digging is also underway at a different location to find the remains of a member of the then president’s guard who, along with three others, was killed near Episkopi village during the coup.

Once exhumed, the remains and personal items will be taken to the lab for tests to establish age, gender, and injuries.

“When the anthropological examinations are completed, the skeletal samples are handed over to the Cyprus Institute of Genetics and Neurology for DNA tests that will be compared with the DNA of families and we will proceed with identification if there is compatibility,” he added.

Provided there are no scientific problems, the procedure up to when the remains are handed over to the members of the family takes weeks rather than months, he concluded.

Siblings Charalambos and Anastasis, together with Charalambous, had undertaken to take two members of Archbishop Makarios’ presidential guard – Christakis Kombos and Yiorgos Vrountou – to Limassol.

According to testimony, their car was intercepted by members of Eoka B, they were interrogated, tortured and killed at a rubbish tip in the Ayios Tychonas area.