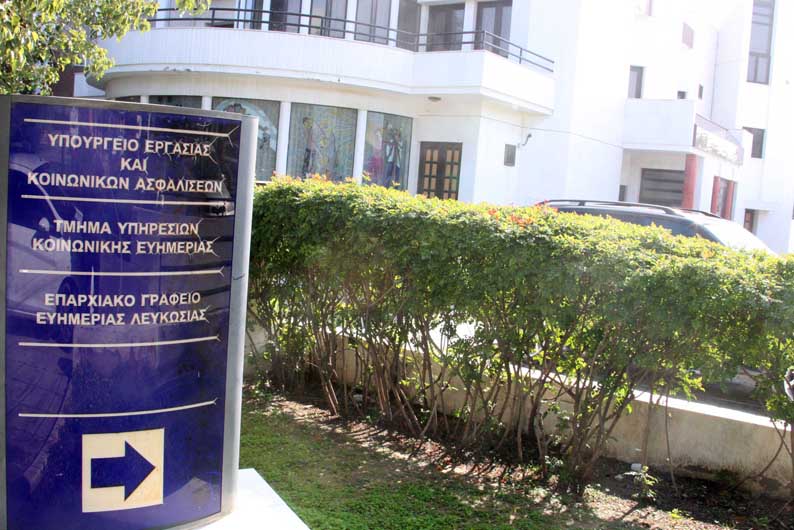 The social welfare services on Tuesday came in for renewed and harsh criticism over their handling of the Lakatamia office which deals with foreign nationals, as the municipality announced it is taking legal action.

Lakatamia Mayor Fotoula Hadjipapa said she has sent a letter to deputy minister of labour and social insurance Anastasia Anthousi detailing that its failure to improve its services to foreign nationals is unacceptable.

“Despite the suggestions made by the municipality through letters or telephone communication and despite promises we have received from various officials, no change has been observed in the way foreigners are served by the [ministry’s social welfare] offices in Lakatamia,” Hadjipapa said in her letter.

The conditions created in the surrounding neighbourhood due to the loitering of applicants posed a physical as well as a mental health threat to its residents, she said, adding this was a tense situation which could get out of control, and would have consequences for the authorities who bear full responsibility.

The Lakatamia mayor blasted the ministry’s inaction, saying that both the internal and external layout of the building as well as its sanitary facilities were blatantly unsuitable for serving the large number of applicants who visit daily without “serious consequences” ensuing.

“Unfortunately, you leave us no other option than to proceed with an official complaint, taking all legal measures,” the mayor said.

Later on Tuesday Anthousi’s office referred to a statement issued to the municipality on Monday, in which it acknowledged a series of issues and that, at times, the office is dysfunctional.

It further said that it took the municipality’s concerns very seriously, noting that the increased migration flows have had an impact across a range of government services.

The office also said that 11 operators from the Lakatamia office are to be transferred to the Kaimakli office to better serve people, while more security guards are to be hired – along with increased police patrols in the area to ensure public order is maintained.

Anthousi’s office also sought to address concerns over the building, noting that it is impossible for the current premises to handle the demand and traffic. It was stated that efforts are underway, following discussions with the interior ministry, to secure new facilities – with one potential location in Strovolos topping the list.

It detailed another recent policy change aimed at reducing congestion, namely that certain applications will be handled on the same day rather than requiring follow-up visits.

The final point in the office’s statement explained that consultations are ongoing with the public works department to refit the building so as to address security and safety concerns.

Anthousi confirmed earlier this year that the offices are no longer dealing with 20 or 30 people seeking assistance but hundreds.

The high number of asylum seekers, refugees and migrants who go to the offices in Lakatamia are met by a severely understaffed department. Many third country nationals go there to carry out paperwork or receive state payments, among other services.

But the imbalance between requests and those able to process them has led to long lines and delays, and Anthousi confirmed that some camp out overnight near the offices in the hope of securing a favourable spot in the queue.

Residents have complained that those camping out overnight have no access to bathrooms, leading to unpleasant scenes.

Serious reports first began emerging about three years ago but the problems persist – angering both residents and those requesting the office’s services.

Last October some members of staff at the offices walked out in protest as they cited a lack of safety amid incidents of shouting as tensions flared – sometimes requiring the police to be called in.

Anthousi said in May that one proposal to decongest the Lakatamia offices is to instead deal with more issues at Pournara, on location.

However – she explained that there are some procedural and safety concerns, as the first allowance to asylum seekers is paid in cash, meaning that having such a centre at Pournara could lead to complications.

“Say that one or two hundred people leave Pournara, to receive that amount of cash – there are issues of safety for the civil servants,” she said, adding that the workers could be targeted.

Anthousi recognised that there is a need to spread out the offices which deal with asylum seekers across different locations, therefore hopefully easing the congestion.

She stated that her office depends on other departments such as the interior ministry to offer new offices to house their services.