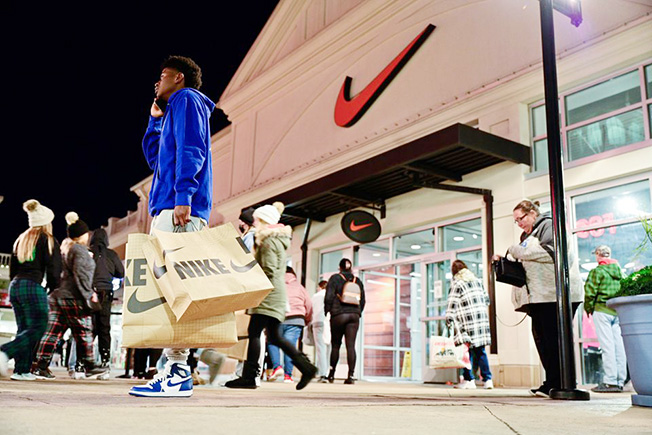 Western companies, including Nike, accelerated their departures in recent weeks amid speculation that the new laws were imminent

Moscow’s plan to implement a new law enabling authorities to seize the assets of Western firms leaving the country failed to get through parliament before the summer recess, giving companies more time to negotiate exits.

Russia’s parliamentary session ended last week without the bill being passed. That makes any progress unlikely until at least mid-September, when the lower house of parliament, or Duma, begins reviewing proposed laws in its autumn session.

Some experts now doubt whether the proposed law will be implemented at all.

“The fact that it only passed the first reading and got stuck means there is no consensus in the government about its further fate,” said Tatiana Stanovaya, founder of political analysis firm R.Politik.

The delay may ease concerns that Moscow is taking a more aggressive approach to remaining Western firms, heightened by President Vladimir Putin’s decision last month to seize full control of the Sakhalin-2 gas and oil project by decree.

It is unclear whether Putin could issue a broader decree to seize assets from other industries.

Russia already closely monitors companies that leave, whether abruptly or smoothly, to ensure their obligations to employees were met in line with Russian law, Kremlin spokesperson Dmitry Peskov said on Tuesday.

“The government is keeping very tight control over this, so one can say that work is well established there,” Peskov told reporters on Tuesday, adding that questions on the law’s progress would be better addressed to the Duma.

The ruling United Russia party, whose lawmakers tabled the draft bill, did not immediately respond to an emailed request for comment.

The proposed law would allow Russia to intervene to protect local jobs or industry, letting it appoint administrators to foreign-owned companies that want to quit Russia.

It won initial parliamentary approval in May, with backing from First Deputy Prime Minister Andrei Belousov, who had warned against allowing companies to “leave, lock the door and leave people without work and consumers without products.”

While the draft has now been put on ice, the parliament can reconvene in emergencies and will gather on Friday for an extraordinary session to discuss a raft of issues, including some on competition and information policy.

The Duma has not said which specific laws it will discuss on Friday. The Kremlin on Tuesday declined to comment on the upcoming session.

Russia launched what it calls its “special military operation” in Ukraine on Feb. 24. The United States and its allies responded with the most severe sanctions in modern history on Russia and Moscow’s business elite, steps Putin has cast as a declaration of economic war.

Putin has repeatedly warned that Moscow would respond in kind, but so far, Western businesses that continue to operate in Russia say they have seen little interference.

“In the beginning there was very hawkish rhetoric on nationalisation, expropriation, to counter the scope of Western sanctions … but then it faded,” said Maria Shagina, research fellow at the IISS think tank.

Companies have been wrestling with how to leave Russia in ways that limit the financial impact, do not put employees at risk and, in some cases, offer the opportunity to return in future.

Western companies, including Nike and Cisco, accelerated their departures in recent weeks amid speculation that the new laws were imminent. The delay gives those remaining time to assess options.

‘Most wanted man in Australia’ arrested in north

Government has 10 days to respond after latest halloumi snag

Oil rebounds on optimism over China’s revamp of COVID protocols