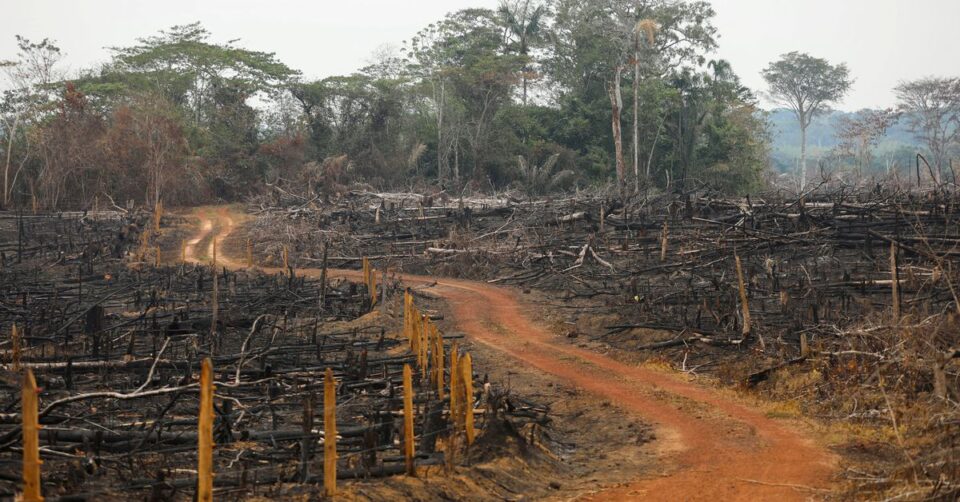 Deforestation in Colombia edged up for the second year in a row in 2021, rising 1.5 per cent versus 2020 levels, the environment ministry said on Friday, taking the government further away from its target of reducing the rate by 30 per cent.

Though no comparative figure was given on Friday, the ministry last year said 171,685 hectares had been destroyed in 2020, an 8 per cent increase on 2019 levels.

Just under 80 per cent of deforestation occurred in six provinces, including Meta, Caqueta, Guaviare and Putumayo, which count Amazon rainforest in their territory, the ministry said, while destruction in Colombia’s largest national park, Chiribiquete, rose 13 per cent versus 2020.

Despite the slight increase, the ministry celebrated what it called a reduction in deforestation growth trends.

“Concerning the goal of the National Development Plan, which proposes cutting the growth trend of deforestation by 30 per cent by 2021, the figures found that, on average, this phenomenon was reduced by 34 per cent,” the ministry said.

The use of the hypothetical trend measurement – which the ministry said was based on modeling by the meteorological agency – instead of a reduction figure appeared at odds with previous goals and promoted criticism from environmentalists.

Colombia’s President Ivan Duque has repeatedly pledged to cut deforestation in half by the end of his term next month, while Environment Minister Carlos Correa promised a reduction of 30 per cent in deforestation by 2022 in a Reuters interview last year.

The reduction target was based on 219,552 hectares destroyed in 2017, after a peace deal with the now-demobilized FARC guerrillas opened swathes of forests – including in the Amazon – to deforestation.

The ministry did not immediately respond to requests to clarify either why it referenced rate of growth in the latest figures, instead of an overall reduction, or if these were separate figures.

“This is ridiculous, it’s unforgivable,” Rodrigo Botero, director of the Foundation for Conservation and Sustainable Development (FCDS), told Reuters about the use of the trend measurement instead of a reduction figure.

Colombia is not the only country in the region where deforestation is trending upwards. Deforestation in Brazil’s Amazon reached a record high in the first six months of this year, as an area five times the size of New York City was destroyed.