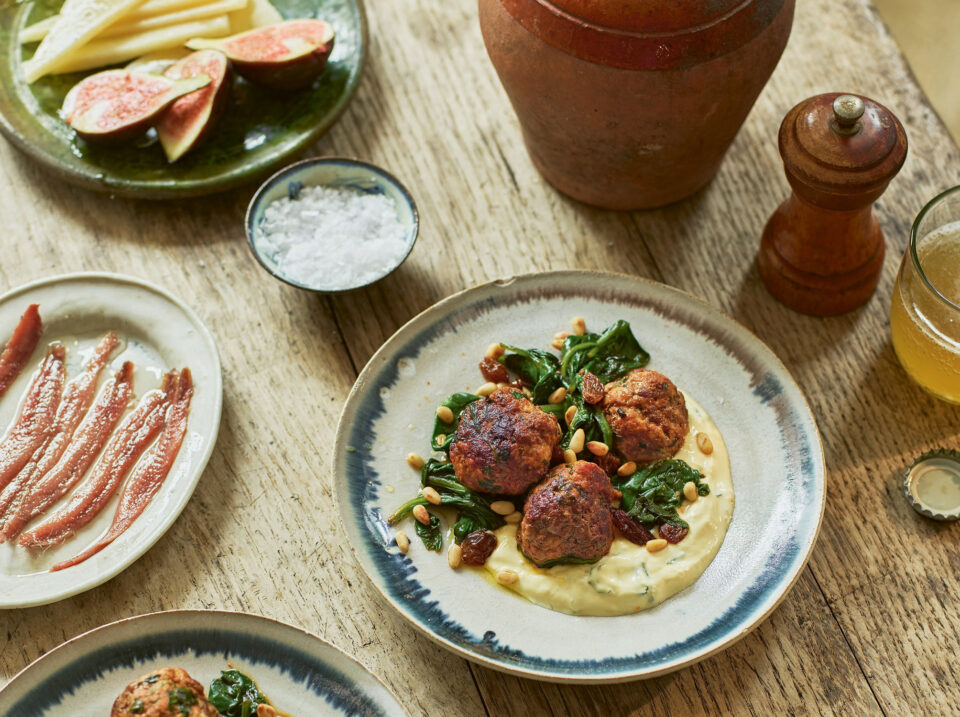 José Pizarro is feeling nostalgic. Often named the godfather of Spanish cooking, the hugely renowned chef has worked in Michelin star kitchens and opened no less than six restaurants, but lately he’s been reminiscing about life on the farm where he grew up and the food of that time.

“I don’t know, maybe it’s because my mum is getting old, and it’s important to feel it,” Pizarro says, poignantly.

Isabel, his mother, is 89 and she’s been a huge influence on how he feels about food. “I was never allowed to be in the kitchen, but food always was very important to us. Always nothing fancy, but amazing. Properly made with love. More than anything else, she taught me, ‘Do everything with love’”.

His sixth cookbook, The Spanish Home Kitchen, is a homage to those memories. “Some of the recipes have just come from my mum’s kitchen, lentils from the same pan my mum used,” says Pizarro, 49, who moved to the UK in 1998. “Memories are what are most important in our life, and of course in my cooking. It’s always memories that take you somewhere.”

And this latest offering is his most personal – littered with old family photos of his parents and grandparents, the rural village where he grew up in Extremadura, and snapshots of life with his partner Peter (adorable dogs included).

One dish that will always remind Pizarro of his mum is a simple tuna tortilla: “Those flavours, that is my mum. A tuna omelette with mayonnaise.”

But lots of people are making Spanish tortillas incorrectly, he says, especially if you only cook one side. “That’s a frittata – more Italian – for a Spanish omelette, you have to turn and you will see it’s lovely and raw. I’m telling you, turning over an omelette is not difficult – try first doing it with a lid and make small ones (12-14cm). The lid will make your pan more secure, it’s the easiest thing in the world.”

Lots of people overcook the eggs too – traditionally a Spanish omelette is gooey in the middle. “For me, when I eat and cook, I love it really runny. My mum just sets the omelette – a little bit runny but not too runny – I love the omelette the next day. In the south [of Spain] they aren’t as runny.”

A pinch of saffron threads, soaked in 1 tsp boiling water

Preheat the oven to 180C. Heat 1one tablespoon of the oil in a small frying pan (skillet) over a low heat and gently fry the shallot for 10 minutes until soft. Set aside and allow to cool.

In a large bowl, mix together both types of mince, along with the garlic, cooled shallot, spices and chopped coriander. Season well and shape into 16 walnut-sized balls.

Heat the remaining oil in a large ovenproof frying pan over a medium–high heat. Add the meatballs and fry until they are golden, then transfer to the oven for five minutes to finish cooking. Remove to a warm plate and cover loosely with kitchen foil.

Meanwhile, make the spiced saffron yoghurt. In a bowl, mix together the yoghurt, garlic and mint and season well, then stir in the saffron and its soaking water.

Place the frying pan you used for the meatballs over a high heat and add the spinach and sultanas, along with a small splash of water. Mix together and allow the spinach to wilt and mingle with the cooking juices from the meatballs. Add the pine nuts, then return the meatballs and any resting juices back into the pan and toss everything together.

Divide the yoghurt between four plates and top with the meatballs and spinach. Serve with crusty bread.

Grated zest of 1 lemon, plus juice to taste

1 crusty baguette, cut into 4 pieces and each one halved

Begin by making the aioli. In a bowl, whisk together the egg yolk, garlic, lemon zest and vinegar. Season with a good pinch of sea salt. Slowly drizzle in the olive oil, whisking constantly, until you have a thick, luscious aioli. Add lemon juice to taste and set aside.

To prepare the calamari, pour the oil into a large saucepan (you want it to be half full). Heat to 190°C, or until a cube of bread browns in 20 seconds. While the oil is heating, mix together the flour and pimentón in a large bowl and season with plenty of sea salt and freshly ground black pepper. Add the squid and toss until well coated in the seasoned flour.

Working in batches, fry the squid for around three minutes or until golden and crunchy, then remove from the oil and set aside to drain on a plate lined with paper towels. Sprinkle with salt as soon as you remove it from the oil, then continue with the next batch. Lightly toast the baguette slices, then assemble the sandwiches by spreading the aioli over four of the slices, then adding the fried calamari. Top each one with the remaining baguette slices and enjoy.

The Spanish Home Kitchen: Simple, Seasonal Recipes And Memories From My Home by José Pizarro is available now