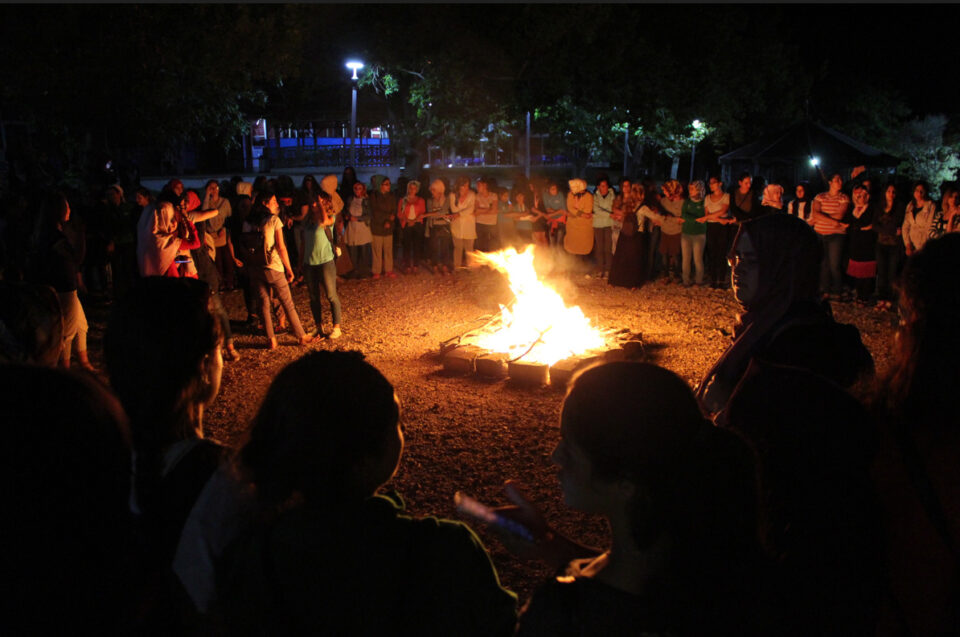 The Turkish Cypriot community was once again bewildered earlier this week by revelations that children, who were taken to a youth camp in Turkey, were subjected to religious teachings, Islamic ceremonies and hymns.

The programme of the Kırşehir Ahi Evran youth camp provided to families included activities like theatre, volleyball, handicraft, horse riding, and rafting, but had no mention of any Islamic activities or teachings. After the first day of the camp, the 46 female secondary school students were reportedly calling their parents crying and asking to return to Cyprus.

The incident came to light when some parents got in touch with Republican Turkish Party CTP deputy Devrim Barçın and shared with him voice recordings and videos evidencing that the girls had been subjected to Islamic ceremonies, teachings in prayer rooms, and hymns.

“The families are crying out,” Barçın posted on his social media account. “They are seriously concerned about their children,” he added and demanded an explanation from the Turkish Cypriot department responsible for education, which sent the children there. The Kırşehir camp was organised by the Turkish Ministry of Youth and Sports.

Turkish Cypriots are among the most liberal Muslims globally and traditionally practise a very peaceful and moderate version of Islam. In recent years however, there has been a significant increase in the religious activities and organisations in the northern part of Cyprus, leading to concerns about the conservatisation and Islamisation of the Turkish Cypriot community.

After the incident came to light, the Turkish Cypriot Secondary School Teachers Union Ktoeos, organised a protest outside the department responsible for education and questioned the reasons for sending children to these camps.

“Are you not bothered by the fact that the camp programme given to the parents is different than the programme that is being implemented?” asked Ktoeos. “Isn’t it against the secularity principle, which is one of the basic staples of our education system, to hold Islamic ceremonies or to force students to participate in religious teachings?”

In an attempt to appease the reactions, the Turkish Cypriot department responsible for education made a statement and stated that the Islamic ceremony at the camp was held “in memory of those who fell martyr” during the 15 July coup attempt. The department did not however, provide an explanation as to the rest of the discrepancies in the programme.

There have been problems with youth camps in Turkey previously too. A few years ago, some Turkish Cypriot families complained that children in the Çanakkale camp in Turkey were separated into groups according to their gender and were exposed to religious propaganda and preaches. Girls were not allowed to wear shorts. In another occasion, voice recordings emerged with the camp leaders yelling at Turkish Cypriot children, cursing at them, and threatening to kill them by slitting their throats.

Sending Turkish Cypriot students to youth camps in Turkey appear year after year in every financial protocol signed between the northern part of Cyprus and Ankara, among other provisions that cause concern about Turkey’s increasing grip on the Turkish Cypriot way of life.

A controversial financial aid protocol signed earlier this year – the ‘Economic and Financial Cooperation Protocol’ – foresaw a loan of 4.25 billion TL (around €240 million) payable in dollars to the Turkish Cypriot community in 2022. In exchange, the protocol introduced conditions that, according to observers, will among others, strengthen the role of Islam in Turkish Cypriot society. Some of the most controversial provisions include strengthening the religious affairs department, in what is perceived widely as an attempt to change the secular character of the Turkish Cypriot community; organising more youth camps; and building more religious complexes, tekkes and shrines.

Uğur Erilen, press and publicity secretary of the Turkish Cypriot Teachers Union Ktos issued a written statement after the latest incident, saying that the “Protocols signed with Turkey are aimed at altering and transforming the Turkish Cypriots’ identity, culture, existence, and their perception of religion and social life.”

The camps are free and are especially appealing for low-income families, who otherwise do not have the means to send their children abroad.

“In fact, the aim is to indoctrinate the children with a certain identity,” says journalist Pınar Barut. “Be it at these camps or be it in our country, with the policies that they are implementing, they are aiming at doing away with the cultural and lifestyle differences between Turkey and Cyprus from childhood. The goal is to raise a generation – like they did in Turkey – that is conservative, that obeys, that lives with national feelings and that is closed to the world. Because the future of such political powers depends on the presence of a society that can be controlled like this.”