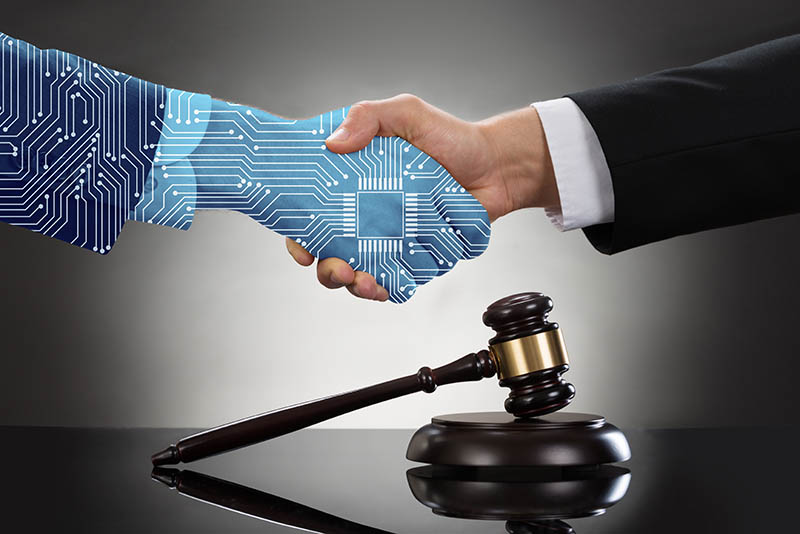 Drafting contracts and conducting due diligence under the traditional legislative framework requires a considerable amount of human input, in collecting and evaluating documentation. Part 1 of this article highlights the current position in juxtaposition to a number of disruptions to the legacy way of doing things. On the brink of operating in the metaverse, the notions of “smart contracts” and “banking in Web 3.0”, acquire new meaning and practical importance. Our conversation with Richard Shearer, CEO of Tintra PLC (www.tintra.com), an artificial intelligence led bank removing the barriers of transferring money between developed and emerging markets, has sparked this evaluation of the current and future state of play of contracts and due diligence as artificial intelligence leads the way forward.

The drafting of a contract used to depend entirely on human intervention. As long as the contract contained the fundamental elements of Cap.149, “offer”, “acceptance”, “consideration” an “intention to create legal relations” and was made for “lawful purpose”, that contract could be enforceable by the parties, and by the competent courts.

A due diligence process for the opening of a bank account used to be (and still is) a rather cumbersome process, requiring the disclosure of an applicant’s personal data, such as passport copies, address details, academic and professional qualifications, income or tax statements, provided in original or certified copies, translated into a language which the financial institution understands and be ready to be disclosed under certain conditions to regulators applying anti-money laundering or anti-bribery regulations during routine checks (or otherwise).

Both processes described above, required (and still do) considerable human involvement, the undeniable genius of the human brain, inherent, however, with the inevitable human bias. The existence or not of a breach of contract would be determined by a learned human mind. In the same way a learned human mind would decide whether an applicant has complied with all know-your-client requirements and is eligible to open and operate a bank account at a specific financial institution.

The process worked pretty well until the following happened:

In June 2022, and well within the era of “code is law”, the aim of this article is to note a transition further into technology, and further into a new arena in which commercial transactions are now taking place. There are numerous issues with contracts and due diligence procedures catching the new wave of computing, running on blockchain, and these are faced also by a new type of company: ones that exist and operate in Web 3.

In exploring these challenges, we draw knowledge and information from our conversation in May 2022 with Richard Shearer, CEO of Tintra PLC, a publicly listed company in London and New York, that recently announced its aim of becoming the world’s first banking platform on Web 3.0.

Talking to Richard, we soon realised that to be able to understand the new commercial arena, it will be necessary to remove ourselves from pre-conceived ideas about the law, and its application. The new commercial arena runs on code (albeit still) man-made code. Many of the contracts that used to require human intervention now run automatically on blockchain. Financial technology makes it possible to trade using adaptable algorithms and facilitate international payments instantly, regardless of one’s actual location. Legacy banks appear to be falling behind these technological leaps, especially by reference to the amount of human input required at least with regards to applying due diligence procedures for authorising the opening (or not) of accounts or approving the transfer of funds.

Technology has been taking leaps towards a new virtual reality in the last couple of years. And yet, people living in specific non-Western jurisdictions may not be able to access the new commercial arena, may not be able to transact in this arena because they may “lack” the pre-determined features that would make them eligible. What if technology was inclusive, so that the “users” or bank account opening applicants were evaluated by objective (not subjective) standards and they were given the chance to transact with the same ease as if they lived in the heart of EU? What would that mean for the global economy?

Law and technology or rather, technological advancement, are now intrinsically linked with the “user”. In key commercial transactions as well as regular due diligence processes, the “user” plays a central role in the negotiation of contract terms, performance of contracts, or the preparation and supply of due diligence information. The “transaction arena” has now moved almost exclusively online, soon to run on Web 3.0.

As crypto is gaining momentum with the price of Bitcoin regularly causing vertigo in the financial world, the coin is “just the tip of the spear” as reported in HBR. “Blockchain is now being deployed to new ends: for instance to create “digital deed” ownership records of unique digital objects -or nonfungible tokens.” (https://hbr.org/2022/05/what-is-web3). Although the hype of NFT is colourful and adrenaline-inducing enough to catch the eye of my 11-year-old daughter, in reality NFTs in their simplest form are embedded in basic legal concepts and terms such as “ownership rights”, “property”, and “contractual obligations”. The scary thing about them is that they run on NFT marketplaces which represent decentralised platforms, where regulation is non-existent. So, when my daughter’s newly acquired fake Board Ape Yacht Club NFT couldn’t be sold, we had a problem.

Contracts on blockchain require user’s input, and often little to no involvement by lawyers or even an application of traditional law. With all inherent risks. The “immutability” of blockchain, however, may not be able to apply necessary, traditional legal values, within which contractual relationships or due diligence processes can be created, operate or even enforced.

We asked Richard, how Tintra PLC’s Web 3.0 banking platform can address the immutability of blockchain, in the context of ever dynamic data such as Know-Your-Client information. “The thing that gets missed with blockchain is that if used correctly it has the potential to be a much more reliable form of KYC than asking a prospective client for information and having to trust in many cases that they are being honest. This form of compliance allows us to look backwards into a customer’s history for trend lines that can assist the onboarding process. That is only part of the solution though, it only reaches its full potential if post-onboarding there is a move to always-on KYC,” Richard said, which is as breakthrough as it is complex to understand, given the current regulatory framework governing data protection, anti-money laundering and anti-bribery laws as well as laws combating tax evasion and base corruption.

In an insightful analysis of whether contracts on the blockchain can form a new legal system with pre-defined self-executing, self-enforcement for contractual relationship, Dr. Michael Juenmann and Dr. Udo Milkau (https://www.twobirds.com/en/insights/2021/germany/can-code-be-law) unveiled that “code is law” carries with it an inevitable, fundamental flaw: smart contracts with a longer life-cycle will end up with unpredictable errors sooner or later, and this fact contradicts the idea of a pre-determined description of smart contracts with a deterministic behaviour”. In a May 2022 article US business litigator John B. Quinn comments that “code cannot necessarily account for every eventuality” (https://www.forbes.com/sites/forbesbusinesscouncil/2022/05/17/code-is-law-during-the-age-of-blockchain/?sh=430db6ac2adb Code Is Law’ During The Age Of Blockchain).

This is particularly relevant to the personal information that users provide for the opening of bank or other financial accounts, which is subject to the change of circumstances, often even beyond the user’s control such as when users become subject to sanctions or other geopolitically-driven repercussions restricting their access to legacy banks.

In Part 2, we delve deeper into Web 3.0 and how it’s expected to impact the legal and regulatory framework surrounding smart contracts, and due diligence in the context of banking.