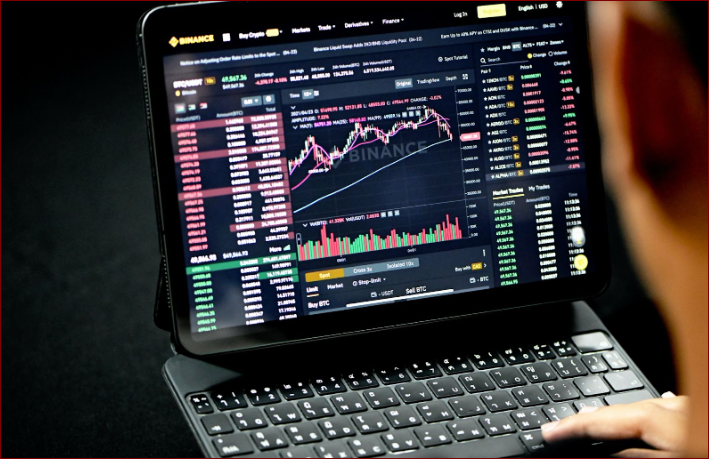 The value and scale of losses across cryptocurrencies and NFTs in 2022 are staggering. One notable record set was the largest aggregate loss of net wealth for any individual in history, with Binance founder Changpeng Zhao – or CZ – said to have lost $87bn of his personal wealth in around 130 days.

Trading platforms stopped accepting withdrawals earlier this month, businesses made layoffs, and fearful investors sold off their holdings, pushing the market capitalization of cryptocurrencies below $1 trillion, down from $3 trillion at its peak in November 2021.

As U.S. inflation continues to rise and investors become “risk off”, the price of Bitcoin (BTC), Ethereum (Eth), and other major tokens have fallen, with prices continuing to show weakness. The bottom looks a long way off, according to many well-respected commentators.

But according to institutions like JP Morgan and bullish pundits like Opensea investor Mark Cuban, investors will eventually turn back to cryptocurrencies and when the bottom is in, the rebound will be herculean. The recent price declines won’t last forever.

The three cryptocurrencies listed below could shine in cryptocurrency portfolios when the market starts to recover.

Ethereum had a fantastic year in 2021 with the emergence of innovations like NFTs, decentralized finance, collateralized lending, and the move to proof of stake. Notwithstanding its multiple innovations, the last few months have been difficult as whales are positioned for risk-off deleveraging.

Despite this, Ethereum is among the most robust cryptocurrencies available. The majority of decentralized applications, including non-fungible token (NFT) marketplaces and decentralized finance (DeFi) initiatives, are built on its blockchain network.

Developers are also working on a new version of Ethereum that will make it faster and cheaper for users. Once that update is finished, which is expected to happen in 2023, it could give it a big edge over competitors. And the more benefits a cryptocurrency has, the more likely it will be successful in the long run. Ethereum is likely to recover from its recent slump, and when the crypto market moves, Eth will rise quickly.

This is also not the first time that Ethereum has had a big drop in value. In 2018, the value of the cryptocurrency dropped by almost 95% over the course of the year. Although it recovered from the crash, it demonstrates that Ethereum is no stranger to volatility.

According to data from Coinbase, the price of bitcoin dropped below $20,000 at the beginning of July. That’s a long way from November, when prices hit a record high of $69,000.

The price of bitcoin is notorious for its volatility, which is perversely a reason why so many institutions and expert share traders have entered the web 3.0 cryptocurrency space. The coin started out small in 2009, crossed $1,000 for good in 2017, and then traveled along a steep but uneven path to an all-time high of about $69,000 in November 2021. After scraping as low as $35,000 in January 2022, it eventually recovered to its current market price of about $39,000.

But this volatility hasn’t stopped people from buying Bitcoin. In January, a Goldman Sachs analyst said that the price of Bitcoin could go over $100,000 if it starts to be used as an alternative to gold. It might, however, touch $10,000 on its way.

Critics of cryptocurrencies generally express dismay over their ability to disappear overnight. New projects have emerged during the crypto winter with innovations that address this particular long-standing concern.

My Freedom Coin is a groundbreaking and crash-proof platform designed to automate and simplify De-Fi investing. Because it is not intended to be as volatile or prone to market crashes as other digital assets, MFC is referred to as a “stock-like cryptocurrency.”

With its “Zero Liquidation Risk” innovation, MFC stands out from other De-Fi lending platforms that run the risk of insolvency as open-ended contracts can never be fully collected if they are under-collateralized or there is a glitch in the contract which has unanticipated effects on the holdings of the treasury wallet. Additionally, typical lending platforms will sell the users’ collateral when the markets fall, and as we’ve just seen, many have lost their entire collateral due to the recent market crash. With MFC, this is impossible as its crashproof design with the BUSD Treasury does not allow the price to fall, making the Collateral Loans issued safe for the lendee.

MFC’s ability to simplify a complex process into a single investment vehicle attracts novice investors and experts alike. Analysts think that My Freedom Coin will be able to compete with other cryptocurrencies in the future because it is crash-proof and its user base is growing exponentially.

MFC is free to download on iOS and Android via its website. Investors can use the code ‘CXPMGOSKJT’ to join the platform. MFC rewards members who refer others to the exchange.