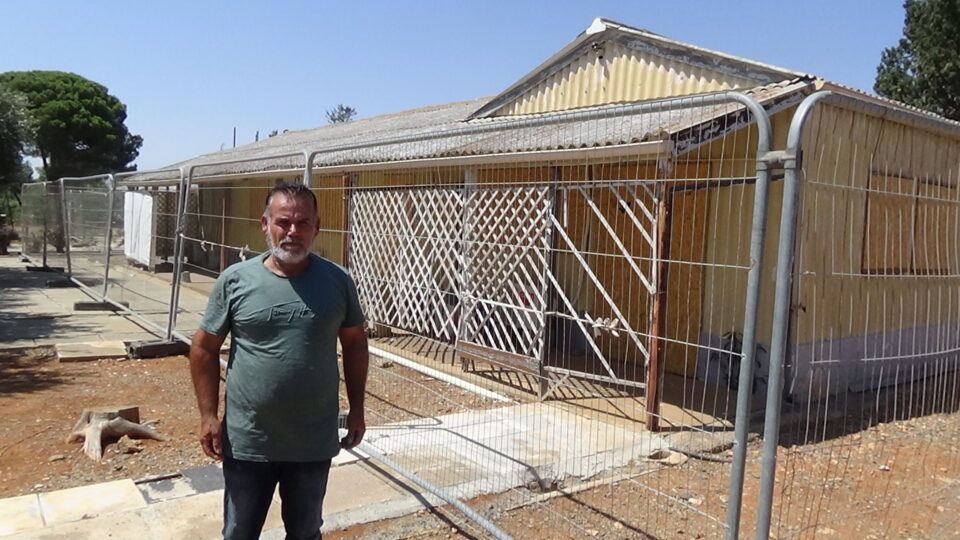 After a long, long battle the Ibrahim family was granted permission to go to the UK. Some members went, but Said says it’s too late

Said Ibrahim gazes at the fenced-off house in Richmond Village, a sheet of plywood showing where the door was broken down by British bases bailiffs and police. He and his family (a wife and six children, though it’s currently just Said and the two oldest kids) lived here for over 20 years, before being evicted last month and placed, under protest, in alternative accommodation.

He points out his vegetable garden – now dried up, in the weeks since his eviction – and the pigeons he breeds, still fluttering about in their cages. The birds are thirsty, and some have died. He’s allowed 15 minutes a day, usually with a police escort, to tend to the pigeons and give them water, he tells the Cyprus Mail – no easy task, since water and power have been cut.

This is actually quite a complicated story, the latest turn in the saga of the Iraqi Kurdish migrants stranded in the bases – a refugee drama that’s been rumbling on for the past two decades.

It begins in 1998, when around 75 illegal migrants set out on a fishing boat bound from Lebanon to Italy. Among them were cousins Said and Farhad Ibrahim, both in their 20s, from the same Kurdish family in Mosul.

The boat never reached its destination. Its engine failed, the crew fled, and – after drifting for a while – the asylum seekers washed up on what turned out to be RAF Akrotiri, the British military base in Cyprus. They were later moved to Dekelia and housed on an isolated, rather barren strip of land incongruously named ‘Richmond Village’.

It was supposed to be a temporary arrangement – and most of the original migrants have indeed moved on in the years since. The asylum applications by Said, Farhad and their families didn’t succeed, however, leaving them in a kind of limbo.

They weren’t sent back to Iraq; it was still a war-torn country, after all, even if they’d failed to show a “well-founded fear of being persecuted” which might’ve granted them asylum in the UK. They were issued with an SBA number, says Said, but no other status. He and Farhad, living in adjoining houses with their families, had no jobs and nothing to do. They received a monthly stipend from the British but were otherwise detached from the life of the base, caught in the middle between it and Cyprus.

A breakthrough did take place five years ago. Possibly spurred by media coverage, the authorities granted the Ibrahims and their families British overseas territories citizenship (BOTC). Yet their lives continue to exist in an in-between state, lacking fully fledged status in either world.

Thus, for instance, Said’s daughter Fayma, now 23, graduated from a Cypriot high school in nearby Livadia – but she doesn’t have the Cypriot citizenship which would’ve allowed her to continue her studies in Greece, nor can she work in the Republic because she has no ‘yellow slip’ to prove she’s a resident. Said himself has back pains, but is neither part of Gesy nor eligible for treatment in the SBA. And so on.

Meanwhile, the homes in Richmond Village are also in limbo. The houses were never in good shape, indeed they’d been due for demolition before being pressed into service for the migrants. “The property was judged to be unsafe for them,” a Bases spokesperson confirmed to the Cyprus Mail.

A first eviction notice was served on the Ibrahims as early as 2007. They refused to leave, and a lengthy legal process followed – culminating in last month’s forced eviction.

The eviction was violently resisted. Farhad Ibrahim has been sentenced to a month in prison, charged with several offences including breach of the peace and possession of an offensive weapon. Said has been fined €250, which he says is exorbitant. Fayma claims she was manhandled by the police, and shows photos of her arm full of red marks. (“We are aware of a complaint being made,” says an emailed statement from the bases, adding that it “will be investigated”.) Even beyond the family’s distress over birds dying and trees drying up, there’s the problem of the new accommodation being offered, which the Ibrahims say is grossly inadequate.

“They [the bases] followed the correct legal process,” admits Panayiotis Ataou, the lawyer for both Said and Farhad. “The issue in question is the fact that they’re replacing the house that they had given them with caravans.”

The new home, down the road from Richmond Village, is a prefab in the middle of a concrete parking lot, surrounded by a few other prefabs. Said complains about sunlight streaming in from all directions, and says the shower is so small he can hardly bend down. He questions if the place is even suitable, pointing out that similar prefabs in the next lot are being used as offices, not homes.

The spokesperson, on the other hand, notes that each family member has their own bedroom, and that it offers “a much safer environment” than their old house. They also note that the Ibrahims stopped being asylum seekers long ago – “but we don’t want to make anybody homeless, so we have provided them with this accommodation free of charge”.

Ataou confirms that his clients will be pushing for better housing. Yet in fact, the shortcomings of the new house are almost beside the point. After all, the one in Richmond Village was hardly perfect – but it was home, to a family with very little else to call their own. Said Ibrahim’s distress over his pigeons and vegetable patch may initially seem a bit excessive – but those few things were all he had. He was jobless, stateless, largely helpless; only in the house did he have some control over his life. 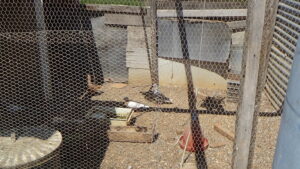 This may be the most painful part of the story, the way the two Ibrahims have gone from youth to middle age living the empty, in-between life at Richmond Village – and now may be unable to move on, having grown accustomed to belonging nowhere.

Said, after all, has some options. BOTC allows him to travel to the UK as a visitor, where he could apply to remain on the basis of family reunification (his wife is already there, with the four younger children) and very possibly succeed. Yet he appears to be stuck – maybe because leaving the bases would mean that the story would be over, and he’d have to wonder what was really gained by getting on that fishing boat in 1998.

“Here, nobody listens,” he says in fractured English. “After 25 years they tell me ‘Get out’ – where do I go?”

To a new place, perhaps?

“And do what? No have money. No work. Now I am 52 years old. Why not give me papers 25 years ago, when I could work? If I worked in a factory, maybe I could take my syntaksi [pension] now.”

So what comes next?

“I don’t know. Maybe kill me,” he replies in desperation. “Kill me is better… I don’t know what I do.”

For years, the story of the stranded migrants was a story in search of an ending. Now, however, it may be something even sadder: a story with an ending that finally arrived, and was too little, too late.