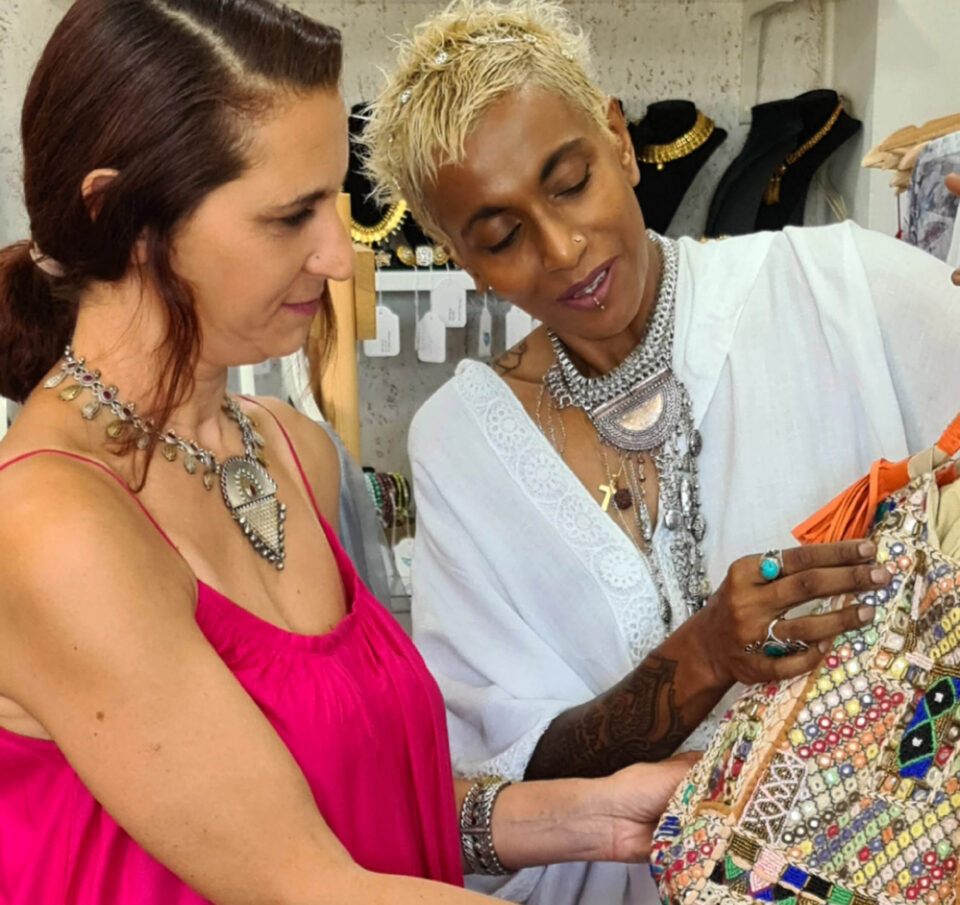 Intricate Indian designs are being integrated with a more modern look in a Nicosia store. NIKI CHARALAMBOUS has a look around

For a moment, I felt as if I had been transported into a fairy tale, immersed into an Aladdin’s cave of rich culture, opulent textiles and vibrant colours. As I made my way around, I was mesmerised by the elaborate jewellery, silk scarves, intricate, hand-stitched bags, and of course the exquisite linen dresses and Indian-inspired clothing that were on display. 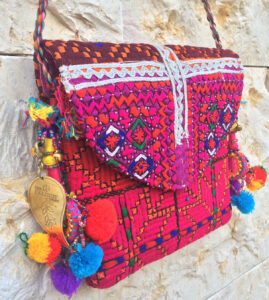 Located in Aglandjia in Nicosia, The Kalikut Story Boutique is a haven of hidden treasures sourced by designers in India. In this way owners Serene Tharian and Gabriella Paphitis provide their customers with one-of-a-kind pieces. “Our emphasis is on the juxtaposition of the old with the new, mixing eastern-inspired designs, such as traditional, colourful Indian patterns, old-style hand embroidery techniques, and uniquely sourced materials with western fashion, including simple styled, ankle-length dresses, easy-on slip skirts, and modern jackets made from bamboo and silk to produce something that is truly one-of-a-kind,” Serene said

Serene and Gabriella met in 2013 at a jewellery expo where Serene was importing and selling handmade jewellery from her homeland India and Gabriella, who was born and raised in Cyprus, was presenting her own handcrafted works of art that she was producing on the side while working for a bank at the time.

“There was an instant connection, and it was as if we had known one other for years,” Gabriella said. “We made the decision to combine our passion for jewellery by attending our first exhibition together, which was a huge success.”

Before they knew it, Serene and Gabriella had merged their individual worlds by opening the doors to The Kalikut Story Boutique later that year.

And behind the jewellery, handbags, scarves, clothing, hand painted tea boxes, trays, and sought out crockery items there is a story.

Some of the items in the store are refashioned from old silk sarees, bringing back the grace and charm of old India, infused into new garments, such as scarves and dresses. Designed entirely from old silk material, the Shazia shawl is hand-stitched entirely by women who have been using a time-consuming method of embroidery for centuries, while vintage fabrics, embroidered in bright rainbow-coloured threads forming various shapes, hand-stitched with a mosaic of patchwork mirrors, coins and cross-stitch create a unique Lambadi bag. 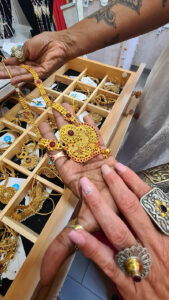 “When we decided on the name, Kalikut, we were fascinated by the hybridity of the east and west in the famous city of Calicut in the 15th century,” Serene explained. “We wanted the name to be associated with a fusion of cultures, emphasised by reciprocal fascination and respect.”

As it successfully integrates both ancient and modern traditions between exaggerated eastern aesthetics and the more straightforward western fashion styles, their fashion brand has become synonymous with originality. “Even though our products have travelled great distances to get to us, their stories began right here in Cyprus,” Serene said. “Everything in our store has its own story to tell.”

The process begins in Nicosia with lengthy brainstorming and design sessions resulting in concepts that are ultimately produced in India. The entire journey back to Cyprus is chronicled from the very beginning, and detailed on small cards that accompany most of their one-of-a-kind pieces, outlining the origins, traditional use, materials and creation.

The ethnic and handmade artisanal objects, which are sourced from different parts of India, are not just for showcasing one’s personal style. “We make it a point to visit India on a regular basis, providing work to local women who work to support their families, and also contracting small, family-run businesses to create our custom pieces,” Serene added. “We are delighted to be giving back to the community by helping over 30 businesses at present.”

I put myself completely in Serene’s capable hands, trying on a dramatic full-length fuchsia gown, ornate jewellery, including matching rings and bracelets, a beautifully hand-stitched purse, and a satin scarf with intricate embroidery, while Serene unfolded the artistry of every item that I was privileged to wear.

The Kalikut Story boutique has established itself as a retailer of carefully curated collections, which the local community has embraced for their distinctiveness. “The majority of our clients are from Cyprus, but we also have many customers from other countries that support our fusion fashion concept.”

In a small store with a large collection of unusual objects, I discovered a fashion-forward concept of east meets west has been a staple on the island since 2013, when two women, one from India and the other from Cyprus, decided to merge their cultural influences.