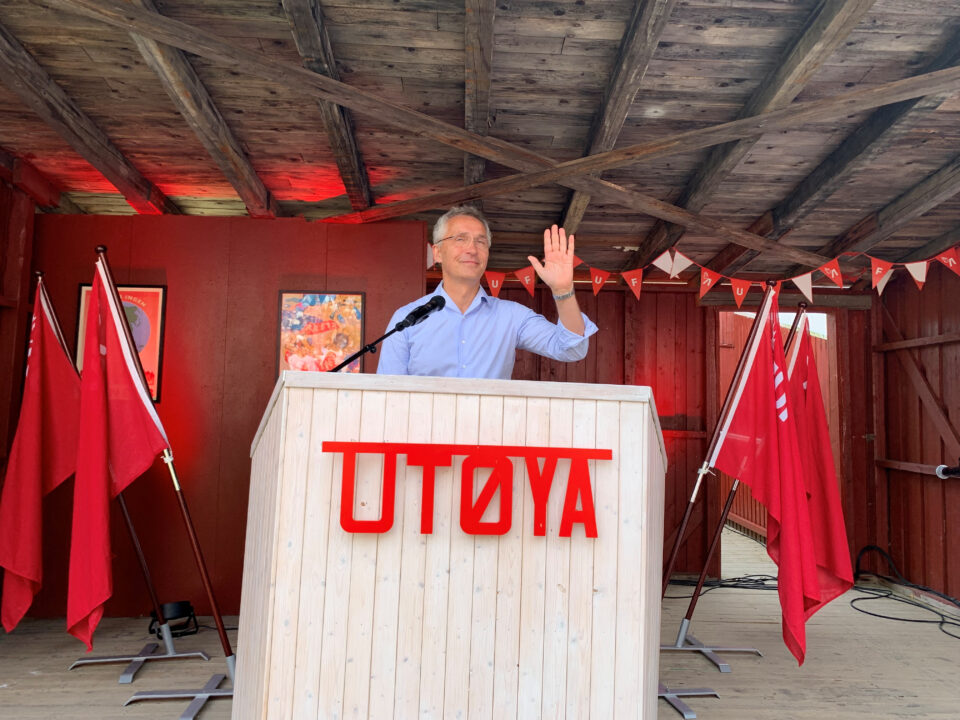 Ukraine said on Thursday it had been forced to cede some territory in the east of the country in the face of a Russian offensive, and the head of the NATO military alliance said Moscow must not be allowed to win the war.

Ukrainian President Volodymyr Zelenskiy this week described the pressure his armed forces were under in the Donbas region in eastern Ukraine as “hell”. He spoke of fierce fighting around the town of Avdiivka and the fortified village of Pisky, where Kyiv has acknowledged its Russian foe’s “partial success” in recent days.

The Ukrainian military said on Thursday Russian forces had mounted at least two assaults on Pisky but that its troops had managed to repel them.

Ukraine has spent the last eight years fortifying defensive positions in Pisky, viewing it as a buffer zone against Russian-backed forces who control the city of Donetsk about 10 km (6 miles) to the southeast.

General Oleksiy Hromov told a news conference that Ukrainian forces had recaptured two villages around the eastern city of Sloviansk, but had been pushed back to the town of Avdiivka’s outskirts after being forced to abandon a coal mine regarded as a key defensive position.

It said its forces had inflicted heavy losses on Ukrainian forces around Avdiivka and two other locations in Donetsk province, forcing some Kyiv units to withdraw.

Reuters could not immediately verify either side’s assertions.

Video footage released by the Russian defence ministry showed Russian rocket launchers in action and tanks advancing and firing at speed across open terrain. It was not clear where they were filmed.

Footage on social media showed bodies, some blown apart, lying beside a road in central Donetsk. Blood stained the pavement.

Pavlo Kyrylenko, the Ukrainian governor of Donetsk, said on Telegram that three civilians had been killed by Russian shelling in Bakhmut, Maryinka and Shevchenko and five wounded in the past 24 hours.

Eight people had been killed and four wounded by Russian artillery shelling in the town of Toretsk in Donetsk, he said. Read full story

Russia, which denies deliberately attacking civilians, has said it plans to take full control of the wider Donetsk province, one of two that make up the industrialised Donbas region, as part of what it calls a “special military operation” to safeguard its security from what it calls unjustified NATO enlargement.

Ukraine and the West, who describe Russia’s actions as an unprovoked imperial-style war of aggression, say Russian forces must withdraw to their positions before Feb. 24 when President Vladimir Putin sent tens of thousands of troops into Ukraine.

Moscow, which regularly talks of the need for its forces to advance deeper into Ukraine, looks unlikely to agree to do that voluntarily.

There appeared to be further progress on the movement of grain ships to ease the growing global food crisis. Turkish Defence Minister Hulusi Akar said there were plans for three ships to set out from Ukrainian ports on Friday. Read full story

A first vessel carrying Ukrainian grain set sail from the port of Odesa on Monday, arriving at the Bosphorus Strait some 36 hours later under a deal between Russia and Ukraine, brokered by Turkey and the United Nations.

Ukraine said the Russian offensive in the east looked like an attempt to force it to divert troops from the south where Kyiv’s forces are trying to retake territory and destroy Russian supply lines as a prelude to a wider counter-offensive.

“The idea is to put military pressure on us in Kharkiv, Donetsk and Luhansk over the next few weeks … What is happening in the east is not what will determine the outcome of the war,” Ukrainian Presidential Adviser Oleksiy Arestovych said in an interview on YouTube.

General Hromov said Russia might launch its own offensive in the southern Ukrainian region of Kherson to try to win back momentum in the war after building up its forces there.

NATO Secretary-General Jens Stoltenberg said on Thursday the war was the most dangerous moment for Europe since World War Two and that Russia must not be allowed to win it. Read full story

To prevent Moscow from succeeding, NATO and its member countries may have to support Ukraine with arms and other assistance for a long time to come, he said.

“It’s in our interest that this type of aggressive policy does not succeed,” Stoltenberg said in a speech in his native Norway.

Amid fears among some politicians in the West that Russia’s ambitions may extend beyond Ukraine, Stoltenberg warned Putin that the response to such a move from the Western military alliance would be overwhelming.

“If President Putin even thinks of doing something similar to a NATO country as he has done to Georgia, Moldova or Ukraine, then all of NATO will be involved immediately,” Stoltenberg said.

The war has led previously non-aligned Finland and Sweden to seek NATO membership, with the request so far ratified by 23 of the 30 member states, including the United States.

Russia, which shares a long land border with Finland, has repeatedly warned Finland and Sweden against joining NATO.

German cabinet agrees to gas levy for consumers from October