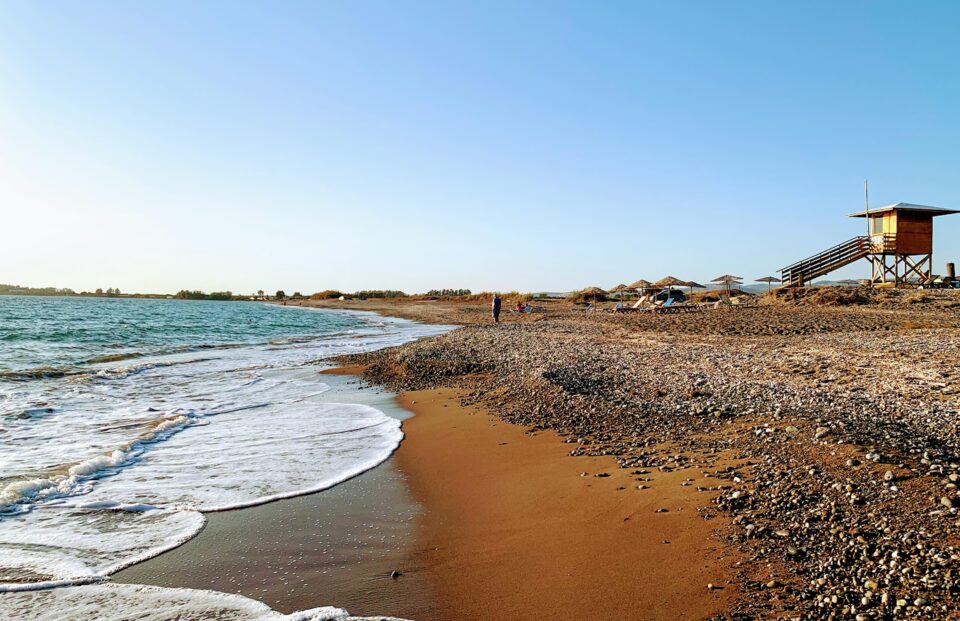 Despite the initial impression that one is driving into a predominantly rural area, surrounded by fields of crops, groves with orange and lemon trees, old farming tools hanging on stone walls, Mandria in Paphos has more to offer.

Hidden from the well-known tourist attractions and beach resorts of Paphos, I made it a point to visit and witness first-hand why people are drawn to this tiny corner of the island, as well as its rising appeal among locals and tourists as the idyllic Cyprus retreat.

The ‘grand’ entrance to the village is its tree-lined path that leads visitors into Mandria’s recently renovated main square, surrounded by an assortment of shops offering traditional products, freshly baked goods, lively restaurants and facilities that provide a glimpse into the island’s past.

“Mandria boasts a wonderful mix of old-world charm and modernism,” secretary of Mandria Community Council Dimitra Hadjiantoniou said. “The coastal village offers its residents and visitors the ideal opportunity to experience rural Cypriot life on the outskirts of Paphos.”

It was surreal to discover that just a short drive (or 15-minute walk) from the bustling town square, where the packed eateries also indicate the village has a reputation for excellent cuisine, including “the best fish and chips in town,” an organised, unspoilt pebble beach. 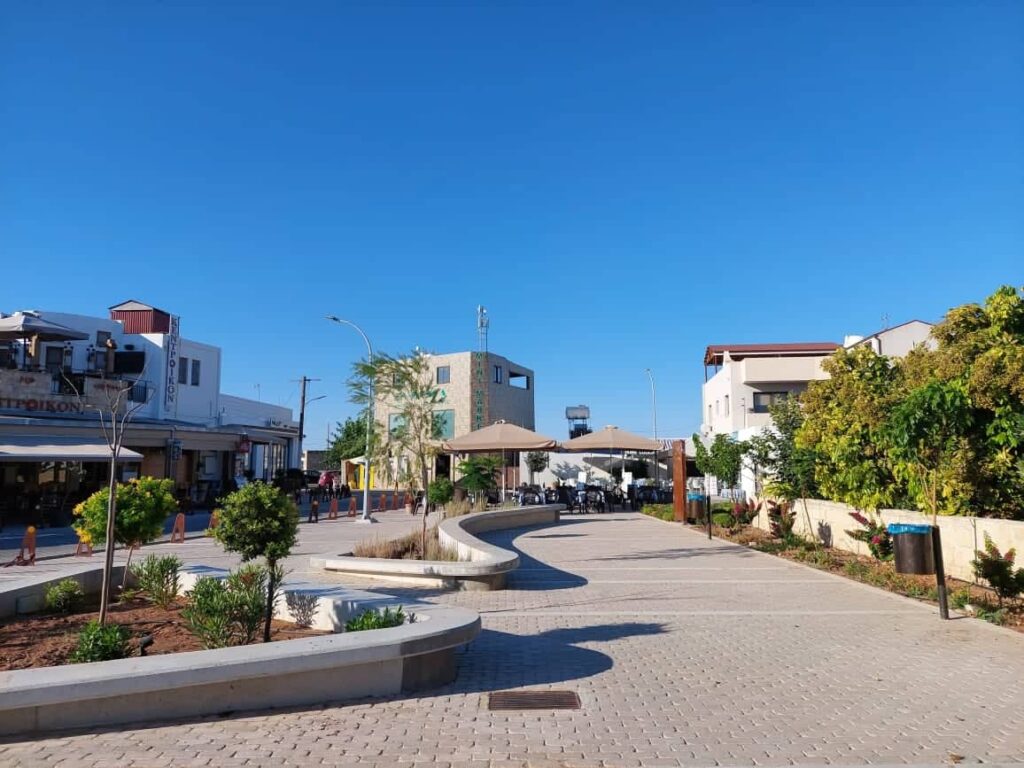 The bay of Mandria is made up of secluded coves surrounded by spectacular rocky outcrops, while its shallow seas and rock pools are ideal for snorkelling, swimming, paddling, and fishing.

The simplicity of my surroundings prompted me to venture further out, where the whitewashed chapel of Ayia Vryaini stood out strikingly against a blanket of nearby potato and peanut plantations and the sea.

Located southwest of the village, the chapel is the only one in the entire world devoted to a Cypriot saint. The original church, which had been destroyed by the Turkish Cypriot villagers of Mandria in 1963, was rebuilt to its former splendour in the middle of the 1980s after a Greek Cypriot refugee who had arrived in Mandria following the Turkish invasion in 1974 discovered its foundations.

“Miracles attributed to Ayia Vryaini are of healing, so much so that the number of pilgrims has increased significantly over the years,” Hadjiantoniou told Living. “The village holds a festival that commemorates the saint on August 30, attracting thousands of visitors to Mandria every year.”

But that is not the only celebration. “Mandria is known for its peanut plantations, and every September, our village also celebrates the annual Peanut Festival, which features live entertainment, food vendors, and recreational activities,” she added. “Although we had to postpone this family-friendly event because of the pandemic, if everything goes according to plan, the festival will be held next year.”

In addition to its churches, Mandria has a small, preserved mosque as a reminder of the Turkish Cypriots who established the community some 50 years ago. They moved north after the intercommunal fighting in the 1960s and invasion in 1974, allowing Greek Cypriot refugees to repopulate the village.

Aside from the discreet holidaymakers in the apartment developments and villas in the village, Mandria attracts a diverse range of visitors, including adventure seekers and nature lovers. “Outdoor activities, such as walking and cycling, are extremely popular, allowing nature lovers to explore the local wildlife and rich vegetation,” Hadjiantoniou said. “In certain places, the level terrain accommodates wheelchair users.

“Mandria is also a sanctuary for birdwatchers, with over 200 species of migratory birds congregating in the outlying fields in the spring, displaying their breeding plumage.”

For golf enthusiasts, three of Paphos’ championship golf courses are easily accessible from the village, and the landmark Petra tou Romiou (Aphrodite’s Rock) is only a short drive away.

Cyprus is a trove of overlooked gems, including the picturesque village of Mandria full of history and charm.