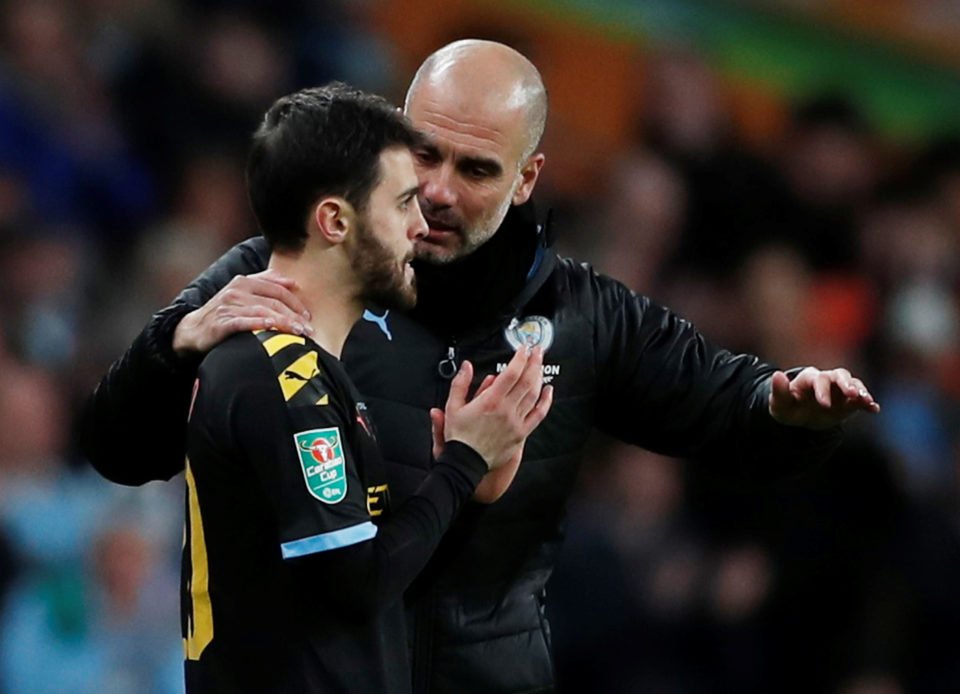 Manchester City boss Pep Guardiola wants Bernardo Silva to stay at the club but admits he does not know what is going to happen.

The Portugal international has been linked with a move to Barcelona this summer, though there has been no official bid from the Spanish side.

Guardiola has allowed Raheem Sterling, Gabriel Jesus and Oleksandr Zinchenko to leave over the close season, but he does not want Silva to join the exodus.

However, the Spaniard knows that it is not just up to him.

“I said many times, my satisfaction training the guys was massive, it was really good. I was comfortable working with Oleks, Raheem, Gabriel, incredible characters that helped us achieve what we achieved,” Guardiola said at his press conference ahead of the opening weekend of the Premier League.

“Especially the desire of the player is the most important thing. Of course I would love Bernardo to continue here, he is a special player for us. But I don’t know what is going to happen.

“What happens will happen and if he stays it is perfect and in the end if he has to leave it is because football is like this, the player has a desire, I will not be a person to stop a desire for the people.

“When you are a football player it is so short, you don’t realise and it is nearly over. The player will have to talk to the club and I have never ever been involved in that.

“I want the best for the player. I want Bernardo to stay here, 100 per cent. He is an important player for me. He is special for me, I don’t know what is going to happen. Man City, as far as I know, we didn’t get an offer. Anything. Last season either.

“Bernardo is ready, training really well and he’s ready for Sunday. That’s it.”

Guardiola says he is no closer to landing a new left-back after missing out on Marc Cucurella.

Brighton’s Cucurella looks set to join Chelsea instead, leaving Guardiola on the hunt for Zinchenko’s replacement.

Asked if anything in the transfer market was imminent, he said: “Nothing special. It is the same. We will see. We still have lots of days until the end of the month. We will see.

“There are a lot of players all around the world and a lot of them can fit in perfectly the way we are as a team, but at the same time transfers are always difficult.

“Selling is more difficult than buying at the same time. Sometimes it works, sometimes it doesn’t. It can be possible, it cannot be possible.”

City spent £51million on bringing Erling Haaland to the club from Borussia Dortmund and Guardiola is confident one of the hottest properties in Europe will be able to cope with the Premier League.

“I don’t know how many goals he is going to score and I don’t care,” he said.

“He has to be himself. From what I have seen he is going to adapt incredibly quick. He is a big figure in terms of physicality so maybe he needs more time to get in the best condition.

“He adapts to the way we play and we will adapt to him. It will need time but at the same time I have no doubts it is going to happen.”

City begin their season at West Ham on Sunday, aiming for a fifth Premier League title in the last six seasons.

Guardiola reckons this campaign will be the toughest ever.

“Every year I have the feeling that this season is harder,” he said. “I think that next season cannot be harder and it’s harder.

“Everyone is getting better, every club every owner invests. Many teams do it and do it well, the quality is there and the managers are exceptional.

“That’s why it is exciting and that’s why the Premier League is the best.”