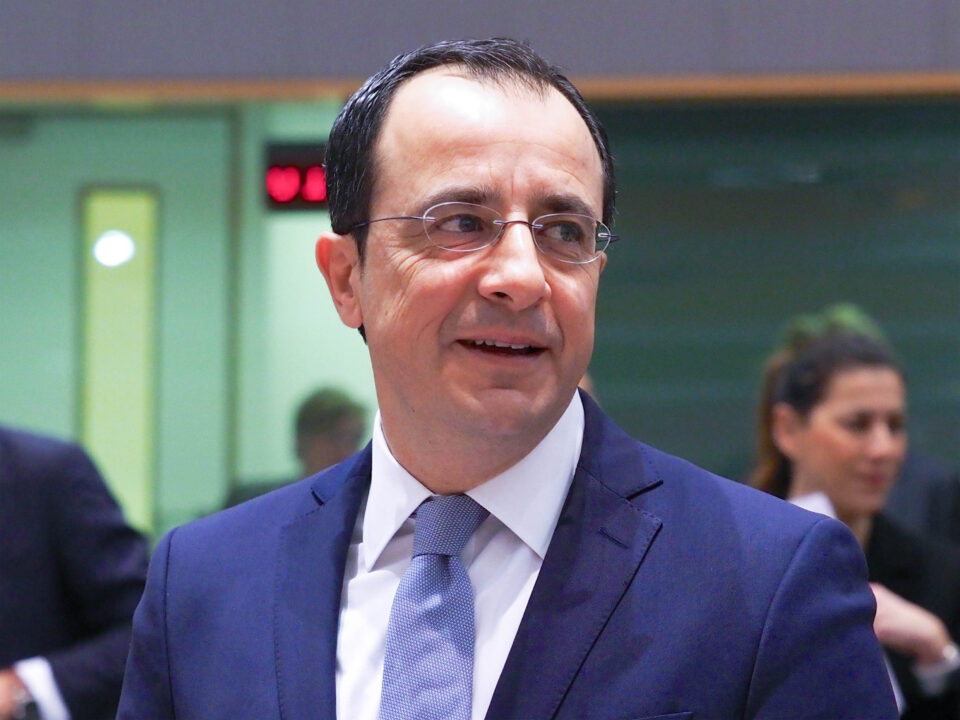 Basically Nikos Christodoulides said it was a national duty to lie

In the last paragraph of my article, published in the Cyprus Mail and in Alithia, on October 4, 2017, I wrote: “I want to believe that the Greek foreign minister understands that patriotic speeches delivered to Greek Cypriot audiences in New York, and pointing his finger and hitting his hand on the negotiating table in Switzerland or dispatching circular letters addressed to the international community will not get us very far. However, if he does understand this time-tested reality, at what is he aiming his patriotic slogans, his extensive use of fake logic and his overall destructive behaviour? I am frightened by the thought that they may be aiming at rendering the partition of Cyprus inevitable.”

I would very much have liked to apologise for a misjudgement on my part, but unfortunately there is no need. In fact, not only was my assessment spot on, but, as it has emerged from recent shocking revelations, behind the then Greek Foreign Minister Nikos Kotzias was the then government spokesman and subsequent Foreign Minister Nikos Christodoulides, assisted by his wife Filippa Karsera a senior official of the foreign ministry.

So, when in the celebrated TV debate of July 21, 2022 the former Greek Cypriot chief negotiator Andreas Mavroyiannis directly accused Nikos Christodoulides of being the mastermind behind the decision of the Greek Cypriot and the Greek delegations to withdraw from the peace negotiations in Crans-Montana, and thus led to the collapse of the process, all that Mr Christodoulides had to say was that these revelations are likely to harm the Greek Cypriot cause, because they will shift the responsibility for the deadlock onto their shoulders.

I confess that this statement shocked me, because it revealed a very important feature of the character of the leading – according to opinion polls – contender for the presidential post. In terms of substance, what Mr Christodoulides said is that not only is a politician entitled to conceal the truth from the people who have elected him, but in fact he has a national duty to do so!

Had Mr Christodoulides been a politician who had decided to withdraw from politics as a consequence of acknowledging the failure of the policies he has been pursuing in the capacity of the person primarily responsible for the management of the Cyprus problem, I would have agreed that the issue is of academic interest. However, Mr Christodoulides is one of the main contenders for the presidential throne. Is it not of critical importance for the electorate to know that he would have no problem lying to the people who elected him, if he decided that he has the obligation to lie on the basis that it serves the national interest? This is precisely the classic argument that has been consistently used by dictators for legitimising their criminal behaviour.

Then, Nikos Christodoulides, turning to Andreas Mavroyiannis, asked him the crucial question: “Since you disagreed, why did you not shed your responsibilities by resigning?” Andreas Mavroyiannis’ response was that, had he submitted his resignation at that moment, it would be tantamount to undermining the prospects of re-embarking on the peace-seeking process shortly thereafter. I am inclined to agree with this on the strength of the argument that, since the deadlock could not be averted by such a move, the immediate resignation of Mr Mavroyiannis would not have served any purpose. However, I did expect the interviewer to immediately pose the critical question of why he failed to resign his position two to three years later when he saw that there were no serious attempts to relaunch the peace-seeking process, and Mr Mustafa Akinci was being abandoned at the mercy of the supporters of partition, resulting in his (marginal) failure to be re-elected.

On another occasion, Andreas Mavroyiannis stated that he resigned from the position of the negotiator three times, but his resignation was not accepted. I ask you, since when is it necessary for a resignation “to be accepted” before it takes effect? In my opinion, this omission of Andreas Mavroyiannis composes one of his most serious mistakes, for which he must publicly apologise if he genuinely wants to retain the credibility that a president of the Republic must have. For me, the power of acknowledging one’s mistakes is a sign of courage and competence – two elements that a leader must have. Even today, I would like to see such an apology forthcoming.

And now I come to the third protagonist of the debate, Mr Averof Neophytou. I will say what I am going to say because I think it is fair comment, irrespective of the fact that some cheerleaders will rush to accuse me of being biased in favour of the chairman of Disy.

Given the provisions of the Cyprus constitution, under which the president of the Republic can only be removed from his post on being found guilty of high treason, it is a fact that the chairman of Disy could do absolutely nothing that would have a practical significance. Nothing other than raising his voice, as he did with the “a tsunami is going to hit us” and “we will be looking for the Guterres framework and we will not be able to find it”. If many of our compatriots chose to ignore these warning shots, it is not Averof Neophytou’s problem, but theirs.

The problem I have with Averof Neophytou is his occasional reference to a “loose” federation. I am not sure what he means. In my mind, a viable solution to the Cyprus problem is linked to a single red line, namely the non-involvement of Greece and Turkey in the government of the north and the south constituent states of Cyprus. The political dependence of any part of Cyprus on foreign powers, which very naturally will seek to serve their own interests and not those of Cyprus, will be fatally catastrophic and will gradually lead to the annexation of the whole of Cyprus to Turkey.

Of course, as a good friend of mine recently told me, all the problems of Cyprus (populism, egocentrism, insecurity, corruption, collusion, brain drain and so on) are communicating vessels with the Cyprus problem. The conclusion: the Greek Cypriots must save the Turkish Cypriots, who will then be in a position to save the Greek Cypriots.