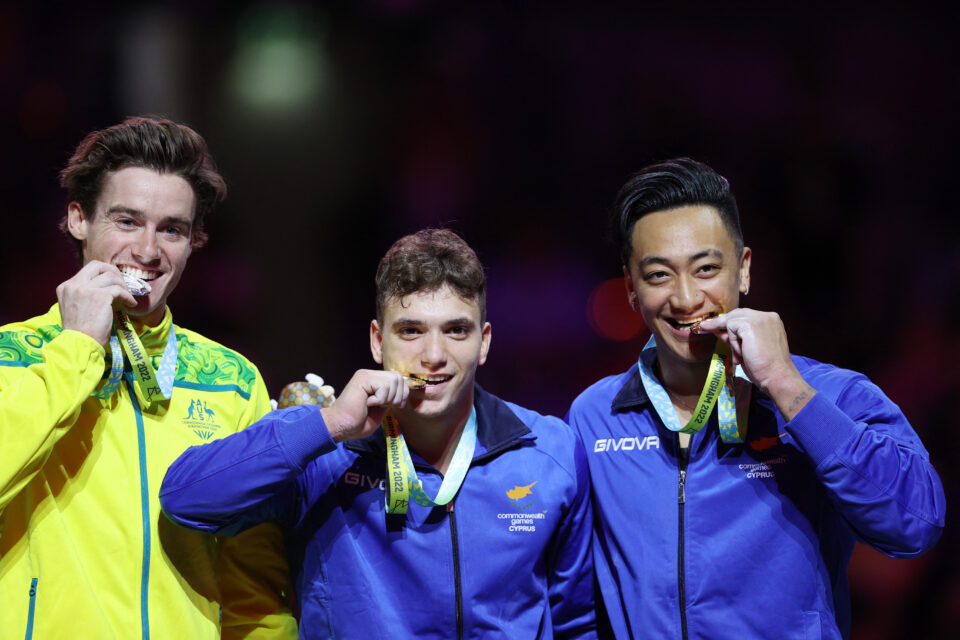 For a country that is not traditionally associated with sporting achievements, a tally of 11 medals at an international event such as the Commonwealth Games is quite the result.

It is safe to say that Cyprus’ athletes exceeded almost everyone’s expectations in Birmingham, maybe even their own ones.

Often confined to almost complete anonymity on the island, athletes who do not play football are sadly used to train and compete under the radar, to fight for results that close to no one will celebrate, bar some long-standing aficionados.

With that in mind, seeing Cyprus’ delegation return with two golds, three silvers and six bronze medals in the bag could represent a big and much-needed push for the sporting scene in the country.

On top of the achievements on the field, Cyprus’ athletes, according to coaches, journalists and fans, for one reason or another, gained an unexpected popularity in Birmingham, especially thanks to the impressive displays by the island’s national gymnastics and judo teams.

Ilias Georgiou’s and Georgios Balarjishvili’s gold medals at the horizontal bar and in the 66kg category respectively have caught the attention of media and fans alike, including the Duke and Duchess of Cambridge, who took time from their busy schedule to personally congratulate Cyprus’ delegation.

The gymnastics team in particular was nicknamed ‘Dream Team Cyprus’ in a display of enthusiasm rarely reserved for our athletes, with journalists genuinely curious about their backgrounds and ongoing endeavours.

According to reports and videos on YouTube, “Go, go Cyprus”, “Well done Cyprus”, “You have a great team Cyprus” and “Cyprus rocks”, were some of the expressions heard at the Birmingham Arena, in the streets and around the delegation’s base hotel.

Here, however, lies the crucial question. After an unexpected set of good results, a surge in popularity and much-earned self-pride, will Cypriot athletes manage to treasure the excitement and put it to good use?

Will their efforts represent the moment in which they decided to raise the bar and aim for more in the future?

Every sporting event has winners and losers. Bur from time to time, we are all witnesses to the unexpected fame of athletes and teams. During last year’s Olympic Games in Tokyo, Italy stunned the world winning the 100m and 4×100 relay races, as well as the High Jump competition.

Traditionally overlooked, the Italians proved they were more than capable to compete at the highest level in disciplines normally dominated by other countries. Only one year later, however, that enthusiasm seems to have faded and results are consequently suffering.

Cyprus, with all the differences of the case, is now at a similar crossroads. Can our young and promising athletes keep up with the expectations or will they be remembered as the ones who simply entertained Birmingham for a little under two weeks?