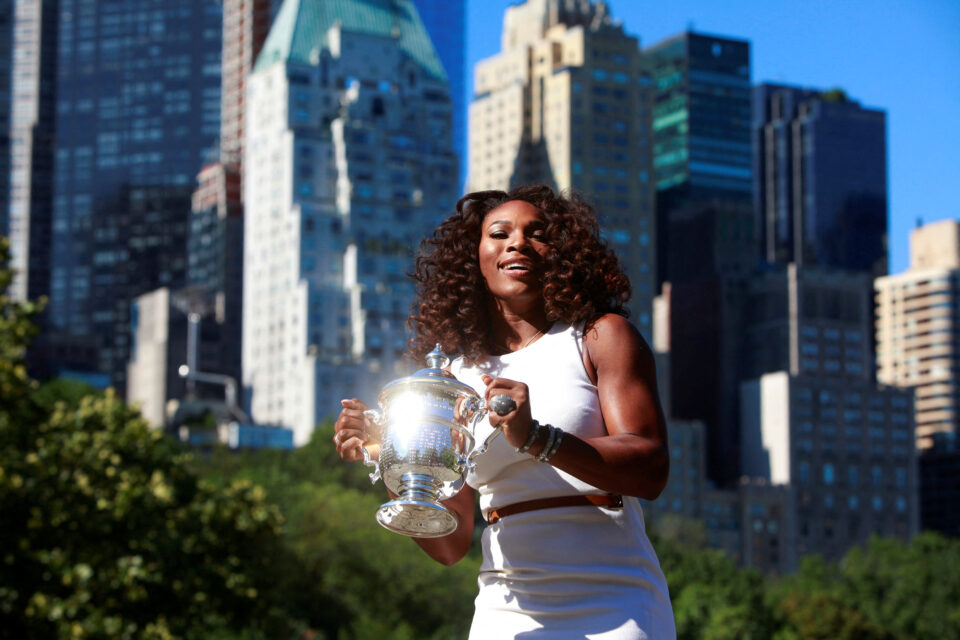 Serena Williams announced her forthcoming retirement on Tuesday but even when her illustrious tennis career comes to a close her impact on the game she dominated for over two decades will be felt for generations to come.

Williams, who made her professional debut in 1995 a year after her older sister Venus, has been one of the game’s most marketable stars. She has a slew of corporate partners and in 2019 became the first athlete to land on Forbes’ list of America’s richest self-made women.

The 40-year-old Williams, who is playing a U.S. Open tune-up event this week in Toronto, said in a Vogue article that she is “evolving away from tennis” and added in an Instagram post that “the countdown has begun.”

Comparing players from different generations is somewhat of a lost cause given the countless ways to appraise achievements and analyse data but Williams is considered by many fans and pundits as the “GOAT” — a label that refers to the “Greatest Of All Time”.

Williams revolutionised women’s tennis with a lethal mix of powerful serves, groundstrokes and superb athleticism and became the most successful player in the Open Era by collecting 23 Grand Slam titles, the most recent coming in 2017.

That success also inspired a generation of tennis players, including Naomi Osaka who beat Williams in the 2018 U.S. Open final to claim the first of her four majors and remembers watching her childhood idol.

“When I was younger, the family event would be watching Serena and Venus,” Osaka, who has Japanese and Haitian parents, said last week at a tournament in San Jose.

“So when I was watching that, that pushed me a lot. I never got to watch them play live, in a match, but I’ve gotten to watch their practices. Seeing that, seeing people that look like me, it’s definitely inspiring.”

Throughout her career, Williams has been outspoken about the culture of racism that she and her family, including Venus, were subjected to within a predominantly white sport.

At the peak of her career, Williams began what amounted to a 14-year boycott of a marquee tennis tournament in Indian Wells, California, after suffering racist jeers there in 2001, an incident which she said left her crying in the locker room for hours.

In 2018, she accused officials of allowing a culture of sexism to run rampant in the sport, with women players being penalised for things that her male counterparts would never be punished for.

After being handed a series of code violations during the U.S. Open final defeat by Osaka, Williams was particularly upset when she was docked a game for verbal abuse after telling the umpire he was “a thief” for stealing a point off her for a previous infringement.

“I’m here fighting for women’s rights and for women’s equality…. he’s never taken a game from a man because they said ‘thief’,” Williams said at the time.

Tennis pioneer Billie Jean King was among many who praised her for exposing the “double standard” that exists towards female players.

“In this society, women are not taught or expected to be that future leader or future CEO,” Williams told British Vogue in 2020. “The narrative has to change. And maybe it doesn’t get better in time for me, but someone in my position can show women and people of colour that we have a voice because lord knows I use mine.

“I love sticking up for people and supporting women. Being the voice that millions of people don’t have.”

Williams also pushed the boundaries of fashion on the tennis court, perhaps most notably at the 2018 French Open when she took the court wearing a skin-tight black catsuit with a red waistband — which she said helped her to cope with blood clots that threatened her life when she gave birth to her daughter just months earlier.

The thought of women players turning up in such unconventional tennis attire, however, ruffled the Roland Garros establishment who then banned such outfits from the Paris major.

Author Howard Bryant, who wrote “The Heritage: Black Athletes, a Divided America, and the Politics of Patriotism,” said in a report on tennis.com that Williams‘ career will be seen as a dividing line when it comes to how women and Black athletes are talked about.

“With her standing, and her empire, she’s created a counter-voice and a new perspective,” Bryant said in the report.

“It’s changed how we scrutinize behaviour. You can’t just gang up on her or make off-handed comments about her body. She has the stature of any great male athlete.

Thinking too much about 24th Slam didn’t help, says Serena