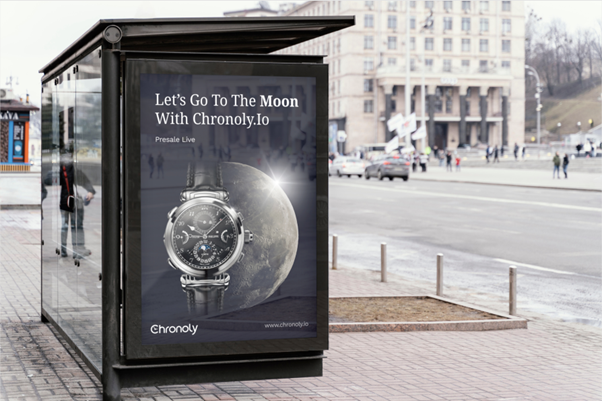 The bear market has been challenging for many crypto projects. But, it’s also helped to highlight the importance of solid fundamentals. Investors can witness it in the recent lousy performance of the metaverse projects like Decentraland (MANA) and Enjin coin (ENJ).

However, it doesn’t mean there aren’t opportunities for savvy investors to make money or get rich if they invest in a good project, like Chronoly.io, that provides the best of both on-chain and off-chain worlds.

Chronoly.io isn’t just about the hype. Chronoly.io (CRNO) gave a return of 560% in its presale. Such numbers indicate that investors are placing their faith in Chronoly.io.

Chronoly.io has been designed to provide real-world benefits using blockchain technology, and the value of its utility token is directl

Why is Decentraland MANA facing oblivion?

When Decentraland was first announced, it looked like a promising project. It promised to be a decentralized, traversable, three-dimensional (3D) virtual reality platform allowing users to create unique environments in a virtual world.

You could use the platform’s native token, MANA, to buy digital land in the Decentraland.

But the metaverse hype fizzled out, and investors turned their back on Decentraland because of its fees and lack of tangible benefits. Digital land does not hold any unique utility in the real world.

Besides, MANA is not backed by any real-world asset, and its price relies on trade volume. Thus, when the market started crashing in January 2022, Decentraland MANA’s trade volume tumbled, causing its price to drop by 80%.

Why are investors losing confidence in ENJ?

Enjin Coin (ENJ) is an Ethereum token that simplifies the use of non-fungible tokens (NFTs) for individuals and businesses, but it has been in a long and painful decline since the past few months. Since November 2021, Enjin’s native token, ENJ, has been down 85% from its all-time high of $4.70.

The downturn of Enjin coin (ENJ) was caused by widespread uncertainty brought by economic and political factors like the Ukraine war, US inflation trends, and possibility of a recession.

These have led to a high risk of price volatility for Enjin Coin native token, ENJ, especially because it lacks intrinsic value and utility, making Enjin Coin (ENJ) susceptible to external factors.

On the other hand, asset backed cryptocurrencies like Chronoly.io (CRNO) token have maintained their prices even in times of turbulence. During presale, Chronoly.io CRNO surged by 560%, demonstrating that investors are highly interested and enthusiastic about the rise of this project.

Chronoly.io (CRNO) is making the investors’ heads turn with its USP

While other crypto companies struggle to stay alive, Chronoly.io (CRNO) has remained unaffected by market fluctuations and its price has increased by 560%.

The platform enables users to invest in luxury watch NFTs for as little as $10. These NFTs are backed by genuine physical watches insured and stored globally in Chronoly.io secure depository vaults.

Once 100% of an NFT is owned, investors can redeem it for the physical timepiece from the Chronoly.io vault.

The Chronoly.io ecosystem has several benefits for its users:

Chronoly.io (CRNO) has received appreciation for its use cases. Moreover, the asset-backed feature gives it an intrinsic token value, making it a reliable investment even during times of high market volatility.

Factbox: ‘You’ll be glad you bought a flamethrower’: The tweets of Elon Musk