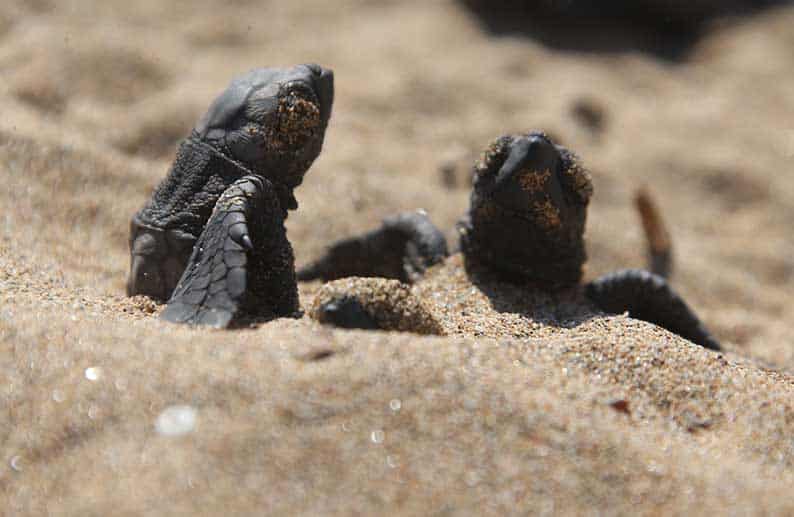 Agriculture Minister Costas Kadis warned on Wednesday that Ineia landowners were entitled to stage protests but not to engage in extreme behaviour or cause damage after the community leader threatened to dig up nests at the protected Lara turtle beach next Sunday.

Ecologists had on Wednesday called on the government to act on the “unacceptable statements” by the community leader of the Akamas village who called the number of marked nests “fake” and said residents would dig them up to prove it.

Yiangos Tsivikos, in a Cybc news clip posted on the environmental movement’s YouTube channel on Wednesday, said Ineia landowners were “ready for war”.

“It is the right of every citizen to protest about something he does not agree with,” said Kadis.

“However, it is not acceptable for there to be extreme behaviour and damage either to turtle nests or to any other type of biodiversity in the area.”

The Ineia landowners have been stepping up protest in the past couple of weeks over the Akamas local plan that is in the works, and which they say has left them with zero options as regards use of their land.

Last Sunday they blocked all of the roads into Lara beach for an hour threatening to up their measures.

In the Cybc clip that environmentalists are concerned about, Tsivikos called on the minster responsible for the environment and on the media to go to Lara next Sunday where they could watch him dig up the nests. He said the signs put up to mark the spot where the nests are located are fake and that the number  of nests cited is not accurate.

Recent figures by conservationists had calculated the number of turtle nests in Lara at around 2,000 in 2021.

But Tsivikos said: “This is all lies”, and he called on authorities and greens to go there and see what the real number of nests is. “We are ready for war,” he said.

Greens responded on Wednesday, calling on the government to respond publicly to the threat and take a position on the Ineia community leader “who threatens to intervene destructively in one of the most important habitats of our country”.

“Unfortunately, as the environmental movement points out, neither the relevant departments, nor the relevant minister showed that they were bothered by the unacceptable statements of the community leader of Ineia,” they said.

“The argument that Lara is not a habitat of enormous ecological importance for loggerhead and green turtles, but a creation of environmentalists, is unfortunately returning after many years.”

During the protest on Sunday Tsivikos said that “unfortunately, in order to be heard” the village’s landowners would have to continue their massive, dynamic actions. He complained that the same environmentalists who were opposed to them were also on the House ad hoc committee “and get to make decisions on the local plan”.

He said the residents would not accept the plan and will continue to fight.

Ineia has separated itself from the other communities caught up in the environmental plan because the residents say that the other villages will receive some benefit while Ineia will not.

Kadis on Wednesday conceded that the community of Ineia and landowners in the area were most affected by the plan. “Akamas should be preserved, but on the other hand the residents of the area should not suffer,” he said.

The Akamas zoning/development plan is to be unveiled by month’s end or in early September now that studies have been completed. Kadis said it would be approved shortly by the cabinet.

The area includes the Akamas State Forest, while a large part of it (approximately 50 per cent) falls within the European Natura 2000 Network, including the area covered by the state forest.

The minister said that compensation was expected for Akamas landowners who have lost their development rights, and that this was currently being worked out.