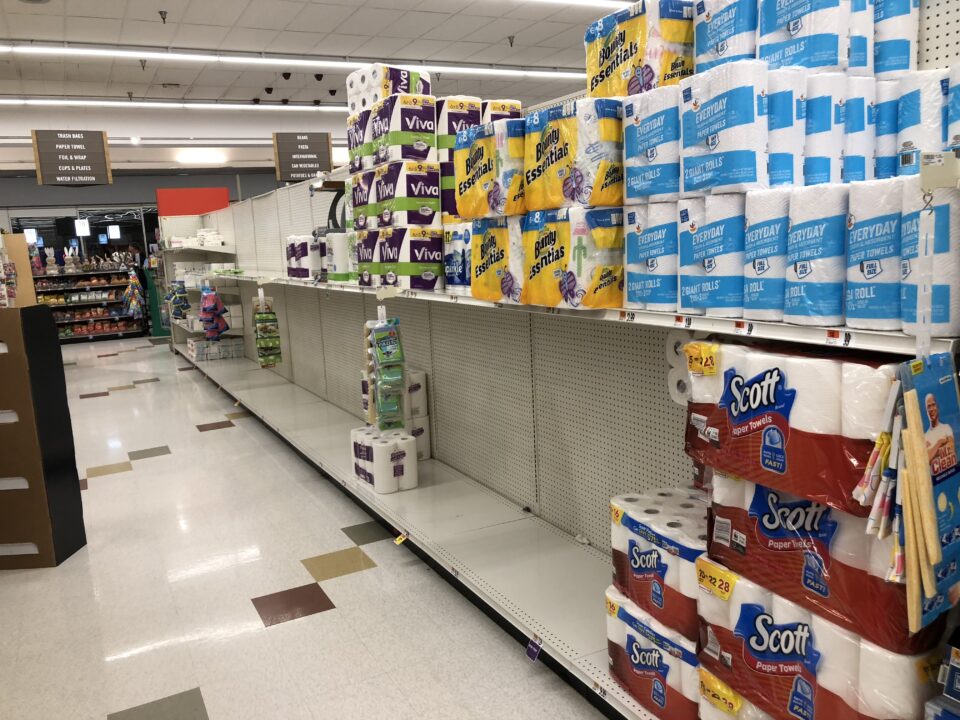 And the courts can do something about it

Greed is the unacceptable face of capitalism, and profiteering in times of pestilence and war a most loathsome and wicked kind of crime.

Everyone knows what profiteering is and everyone knows that it is wrong because it involves making excessive profits unfairly from the poor and most vulnerable in society.

In the early days of the Covid 19 pandemic when people were panic-buying toilet paper a London shopkeeper charged ten pounds for a couple of toilet paper rolls and was nearly lynched by a mob; when wickedness is allowed to go unpunished, people will take the law in their own hands and social order will collapse.

I would not encourage anyone to take the law into their own hands, but I have to say that I don’t buy the argument that the current galloping inflation we are experiencing has all been caused by the energy crisis due to the pandemic and the war in Ukraine. A lot of it is caused by exploitative greed by unscrupulous merchants profiteering; they should promptly be prosecuted and punished with heavy fines and long terms of imprisonment pour encourager les autres.

So far as I have been able to discover there is no statutory criminal offence of profiteering, which I would define as dishonestly or unfairly making excessive profits; or if there is, it hasn’t been used or if it has been used it has not deterred.

There are consumer protection offences relating to unfair commercial practices passed pursuant to an EU Directive of 2005 concerning business-to-consumer sales, but there appears to be no specific offence of criminal profiteering as such.

Not all is lost however because one of the most attractive features of the common law system of justice is its flexibility borne of popular demand rather than top down lawmaking. A hue and cry has already been raised by the community in UK and Cyprus about the profiteering of known monopolies, merchants and shopkeepers who should be prosecuted without further ado on the ground that their conduct is sufficiently wicked to constitute criminal conduct.

Most of us think criminal offences are created by the legislature which defines proscribed conduct and sets maximum penalties, but in common law countries such as England and Cyprus the judges retain a residual power to create criminal offences to protect the community from wickedness where the legislature is unwilling or unable to act quickly. What we need in the first instance is a police force and prosecution service with gohones to bring prosecutions for common law profiteering even if there is no such statutory offence.

In 1963 the top court in England decided in the case of Shaw v DPP that in common law countries the criminal courts, as moral custodians, have a residual power on rare occasions to punish wicked conduct as criminal and not allow it to go unpunished just because the legislature failed to criminalise an upsurge in well-known wickedness to new circumstances.

The court held that there will always remain gaps in statutory criminal law since no one can foresee every way in which the wickedness of men and women may disrupt the order of society. This is exactly what is happening as a result of the Covid 19 pandemic and the war in Ukraine that has precipitated a cost of living crisis during which malefactors have jumped on the increasing cost of energy bandwagon to beggar millions of people with wholly unjustified price rises.

The decision in Shaw v DPP has been criticised by distinguished academics as it violates the principle of legal certainty, and up to a point I have to agree that you need to know in general terms what conduct is criminal before being found guilty of an offence.

That said, not every criminal studies the precise content of the criminal code before committing crime. He knows it is wrong to steal or to defraud because it is wicked in the same way that he knows that it is wrong to profiteer – the man who charged ten pounds for toilet paper knew exactly that what he was doing was wicked. In the jargon he knew he was committing a wrong involving moral turpitude.

In an article in 1964 the rising stars in the legal profession of their day, Ian Brownlie and DGT Williams criticised the decision in Shaw v DPP as being judicial legislation in criminal law, but acknowledged that “judicial legislation is in keeping with the historical bases and development of the common law. The early criminal law was fluid and the connection between law and morals intimate,” they said.

In Norman v UK it was decided by the European Human Rights Court that progressive development of the criminal law by judicial law making is not in breach of article 7 of the Convention, which provides that no one shall be guilty of a criminal offence which was not a criminal offence at the time when it was committed.

It was held that human rights law does not require offences to be contained in statute law but rather that the essence of the criminal nature of an offence is that it must be foreseeable. Everyone knows profiteering is wicked and people can foresee that the judges would declare it to be criminal because wickedness and criminality are indistinguishable.

The creation of criminal offences by the judges following a hue and cry by the public has the added advantage that any financial penalty and sentence of imprisonment have no maximum. It is in the discretion of the court. So on conviction for profiteering those found guilty can expect hefty fines and deterrent prison sentences.

Bionic hand can be updated with new gestures, anytime, anywhere