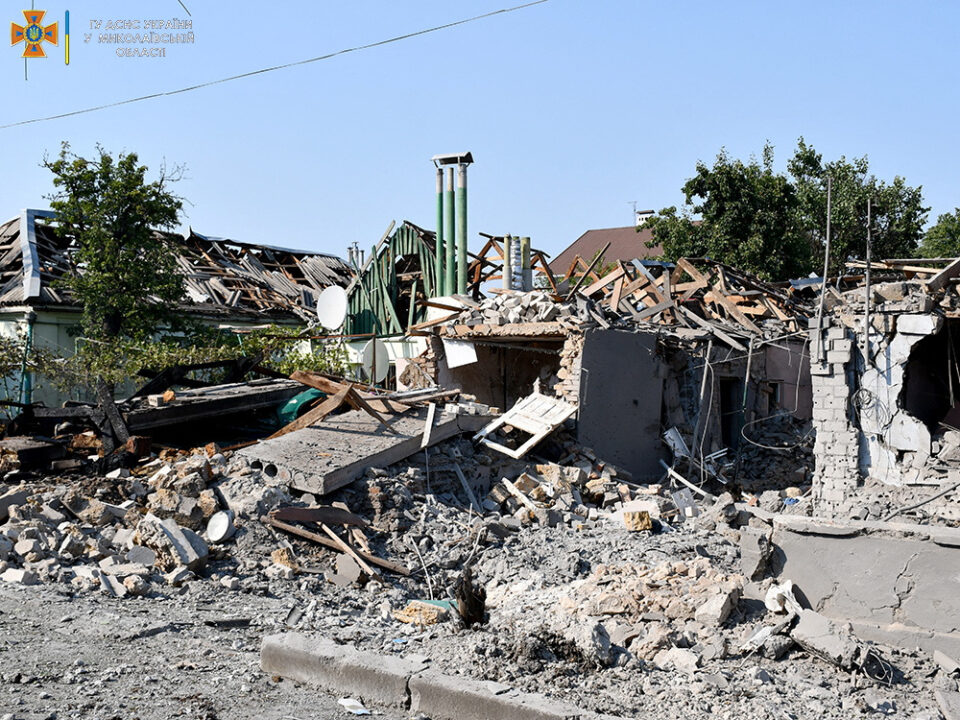 Ukrainian troops bolstered by stepped-up supplies of Western military aid on Monday started a long-awaited counter-offensive to retake territory in the south from Russian forces, the Ukrainian military said.

Moscow acknowledged a new offensive had been launched but said it had failed and the Ukrainians had suffered significant casualties.

The southern port city of Mykolaiv meanwhile came under heavy Russian shelling, with the mayor saying homes had been hit and at least two people killed.

The offensive came after several weeks of relative stalemate in the war that broke out when Russian troops poured over Ukraine’s borders on Feb. 24. The conflict had largely settled into a war of attrition, mainly in the south and east, marked by artillery bombardments and air strikes.

Russia had captured swathes of Ukraine’s south near the Black Sea coast, including the city of Kherson, in the early phase of the war.

The spokeswoman for Ukraine’s southern command, Natalia Humeniuk, said its troops had started offensive actions in several directions in the south, including in the Kherson region which lies north of the Russian-annexed Crimean peninsula.

Ukraine has been using sophisticated Western-supplied weapons to hit Russian ammunition dumps and wreak havoc with supply lines. Humeniuk told a briefing Ukraine had struck more than 10 sites in the past week and it had “unquestionably weakened the enemy”.

She declined to give details of the counter-offensive, saying Russian forces in southern Ukraine remained “quite powerful”.

The governor of Crimea, Sergei Aksyonov, dismissed her announcement as “Ukrainian propaganda”.

RIA news agency, quoting local official Vladimir Leontiev, reported separately that people were being evacuated from workplaces in Nova Kahokva, 58 km (36 miles) to the east of Kherson, after Ukrainian forces carried out more than 10 missile strikes.

Reuters could not independently verify the battlefield reports.

A Reuters correspondent at the scene said the strike hit a family home directly next to a school, killing one woman. Both houses on the property were left in ruins, with large craters gouged out of the ground in front.

Mayor Oleksandr Senkevych said at least two people had been killed and homes and schools had been hit. Governor Vitaliy Kim said 24 people had also been wounded.

The owner of the home, Olexandr Shulga, told Reuters he had lived there his entire life.

Shulga said his wife – who was in a different room when the missile struck – died when she was buried in debris.

“It hit and the shockwave came. It destroyed everything,” said the shocked Shulga, who had a bandage on his head.

A shipbuilding centre and port on the Southern Bug river just off the Black Sea, Mykolaiv has suffered heavy Russian bombardments throughout the war but remained in Ukrainian hands.

A mission from the International Atomic Energy Agency (IAEA) to the Russian-occupied Zaporizhzhia nuclear plant in south Ukraine was due to arrive in Kyiv on Monday, the Ukrainian Foreign Ministry said. It is expected to start work in coming days.

The plant – captured by Russian forces in March but still run by Ukrainian staff – has become a highly dangerous focal point. Moscow and Kyiv have traded accusations of shelling in the vicinity of the facility, Europe’s largest nuclear plant.

On Monday, Russian-installed officials said a Ukrainian missile strike had punched a hole in the roof of a fuel depot at the plant.

Russia’s defence ministry said its forces had shot down a Ukrainian drone that was trying to attack the complex, Russian news agencies reported. It said there was no serious damage and radiation levels were normal.

Reuters could not independently verify either report.

The United Nations, United States and Ukraine have called for a withdrawal of military equipment and personnel from the complex to ensure it is not a target. But the Kremlin again ruled out vacating the site.

Russian forces fired at Enerhodar, the Dnipro riverside town where the plant is located, Ukrainian President Volodymyr Zelenskiy’s chief of staff said on Sunday on his Telegram channel alongside a video of firefighters dousing burning cars.

Liliia Vaulina, 22, one of a number of civilians who had fled Enerhodar for the Ukrainian-held city of Zaporizhzhia, some 50 km (30 miles) upriver from the plant, said she hoped the IAEA mission would lead to a demilitarisation of its area.

“I think that they will stop the bombing,” she told Reuters.

Russia calls its actions in Ukraine a “special military operation” to demilitarise its southern neighbour. Ukraine, which won independence when the Russian-dominated Soviet Union broke up in 1991, and its Western allies have dismissed this as a baseless pretext for a war of conquest.

Thousands of people have been killed, millions displaced and cities blasted to ruins. The war has also threatened the global economy with an energy and food supply crisis.