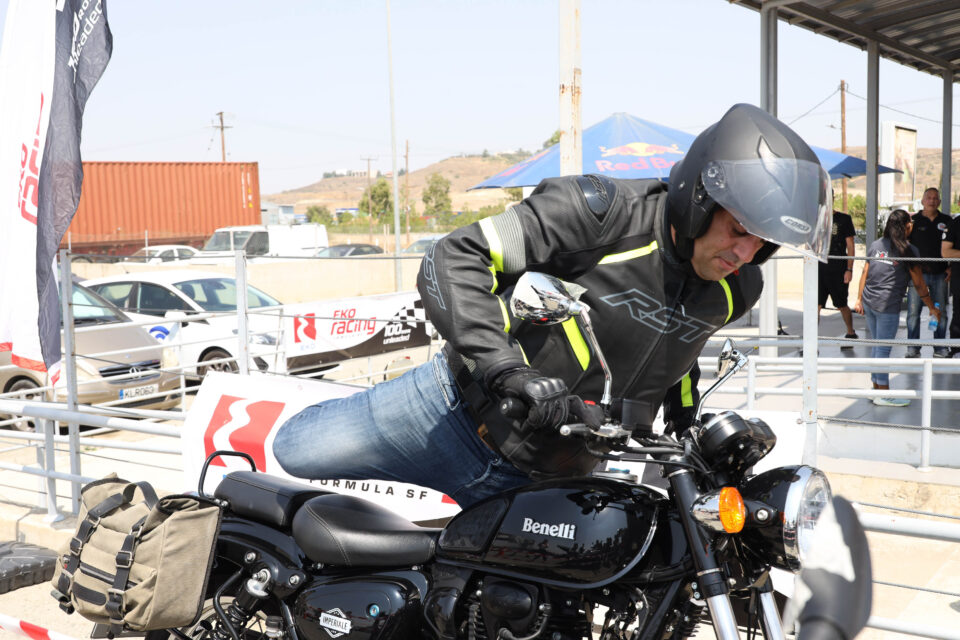 Transport Minister Yiannis Karousos on Saturday visited the Daytona karting track in Nicosia, where he participated in motorcycle training seminars organised by the Nicosia Motorcycle Club, under the auspices of the Cyprus Motorcycle Federation.

“I also came today from Ayia Napa on my motorcycle, carrying full protective equipment, including my personal body airbag, and as a motorcyclist, I too have to train and participate in seminars like today’s,” Karousos said.

Karousos stressed the importance of such initiatives, saying that they strengthen road safety, culture and awareness.

The minister also referred to the results of road collision statistics, where the percentage of fatal collisions involving motorcyclists is much higher than users of other vehicles.

Motorcycle drivers are statistically 14 times more likely to be involved in a fatal traffic collision than a driver of another type of vehicle.

“During the past two years, a very large coordinated effort has been made by the ministry of transport to improve road safety, with a number of priority actions and bills, such as the mandatory use of body airbags in professional motorcycle drivers, which could save the life of the deceased food delivery driver, who was involved in a traffic accident in Pallouriotissa, Nicosia, yesterday morning,” he added.

At the same time, the minister said, the necessary legislative regulations and amendments are being promoted, such as changes to driver’s licences, MOT control for motorcycles, as well as incentive plans for the purchase of protective equipment.

Additional measures include the implementation of the traffic camera system, the further increase of the road safety budget, the modernisation of the department of road transport, as well as the boosting of driver training programmes, among others.