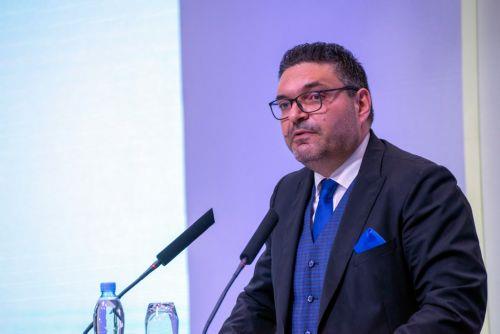 Finance Minister Constantinos Petrides on Saturday welcomed Cyprus’ upgrading by American credit rating agency S&P, which has revised the country’s credit rating from BBB-/A3 to BBB/A2 with a stable outlook.

“The government will continue to support economic activity in view of the challenges it has to face, including the pandemic, the prolonged war in Ukraine, and inflationary pressures, in a responsible manner, both in terms of growth and containing unemployment,” Petrides said.

“In order to achieve this goal, the government supports the Cypriot economy and society in a targeted and flexible manner, while at the same time promoting the appropriate economic plans that will allow the maximum possible utilisation of European programmes and funds, especially the recovery and resilience plan,” he added.

“The upgrade reflects the quite strong performance of the Cypriot economy over the last decade and our assessment that this will continue, despite the effects of the war in Ukraine,” S&P said.

To further underline the agency’s faith in the Cypriot economy, it also revised upwards its forecast for GDP growth this year to 4.5 per cent, from 2.7 per cent previously, noting that “despite quite strong ties with Russia, which we expect to weigh on the business services sector, although tourism activity remains strong.”

It estimates that robust economic growth is expected until 2025, which will be supported by robust domestic demand, the continued recovery of the tourism sector, as well as the support provided by the €1.2 billion Recovery and Resilience Plan over the period 2021-2026.

Furthermore, according to the report, the stable outlook, Cyprus’ diversified economy and resilience to external shocks offset the risks posed by the war in Ukraine, with the agency noting that “our expectation is that the fiscal position will continue to improve”.

While the agency said that the war in Ukraine will continue to weigh on the state budget this year, it nevertheless expects the fiscal deficit to narrow to 0.9 per cent, something which it attributes to measures to support the economy and households from high energy prices.

The agency also made note of the Cypriot economy’s resilience to the coronavirus pandemic in 2020 and the strong recovery of GDP by 5.5 per cent in 2021 after a contraction of 5 per cent the previous year.

What is more, it expects government policy to remain focused on reducing financial vulnerabilities and improving the soundness of the financial sector.

Moreover, S&P expects public debt to decline sharply by 2025 on the back of fiscal consolidation and buoyant economic activity.

The report cited the favourable maturity profile of Cyprus’ public debt, as well as the significant liquidity reserves, which cover the financing needs for at least the next nine months, thus significantly reducing the short-term financing risk.

However, the upgrade was limited due to the high levels of public and private debt and the still high ratio of non-performing loans (NPLs) in the banking system, despite their large reduction since the 2013 financial crisis.

Noting that the current economic environment is likely to delay the improvement in asset quality, the agency said that the potential success of the government’s rent-to-mortgage scheme could support mortgages of up to €250,000, thus reducing the NPL ratio by 1.7 per cent.

However, even without a significant reduction in NPLs, it considers that the risk of the banking sector for the state is mild.