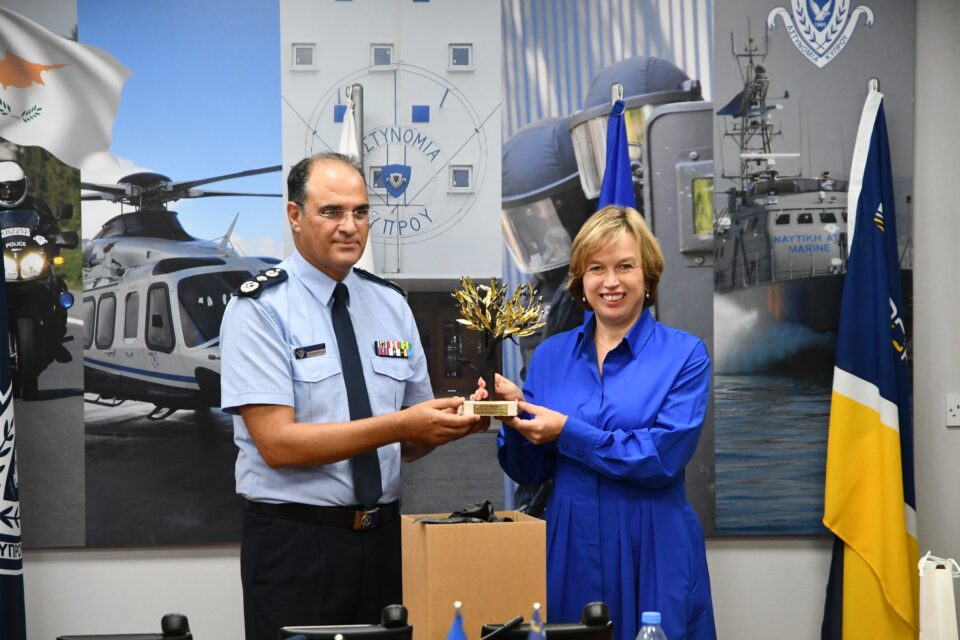 Cooperation between the Cyprus police and Europol is “extremely positive and fruitful”, executive director of the latter Catherine De Bolle said on Tuesday after a meeting with the chief of police to discuss fighting organised crime and terrorism.

“Already with Europol we have developed and maintain a sincere and constructive cooperation, which focuses on the exchange and analysis of information, the organisation of joint operations, the training of our executives and the use of expertise,” police chief Stelios Papatheodorou said after their meeting in Nicosia.

De Bolle said that the purpose of her visit to Cyprus, as well as to other Member States, is to discuss and draw up a joint plan for the best possible support of them by Europol in the fight against organised crime and terrorism.

She added that Europol recognises the important role of the Member States.

A revised Europol regulation which came into force in June strengthens Europol’s ability to better support EU Member States in the fight against serious and organised crime and terrorism.

De Bolle also made reference to irregular migration and people trafficking, noting that Cyprus, due to its geographical position, is “among the key factors in the region in dealing with these crimes”.

She added that it is for this reason that the organisation sends its experts (guest officers) to Cyprus to support the investigations of local authorities.

According to Papatheodorou, Europol has posted five of these experts to the island to strengthen information analysis and controls, as well as contributing in cybercrime cases, fraud and forgery.

“I would like to assure you that the Cyprus police will always be receptive to further broadening and deepening our cooperation and willing to respond to requests from Europol regarding the investigation of cases, strengthening this European network that fights daily to ensure security conditions for Europe and European citizens,” Papatheodorou added.

Focussing on child sexual abuse, De Bolle warned that it is an unacceptable crime that continues to grow across the EU, thus the work of law enforcement in this area needs upgrading.

De Bolle’s visit coincides with the renewal of her four-year term of office, for the second time, as executive director of Europol.

On Monday, De Bolle and Justice Minister Stefi Drakou met and discussed issues of common interest, and ways to deal with organised crime and terrorism.

“You can count on Europol’s support to help your police in all operations, and we agree on all priorities as set by the chief of police,” De Bolle concluded.

Iran sentences two women to death for ‘corruption on earth’