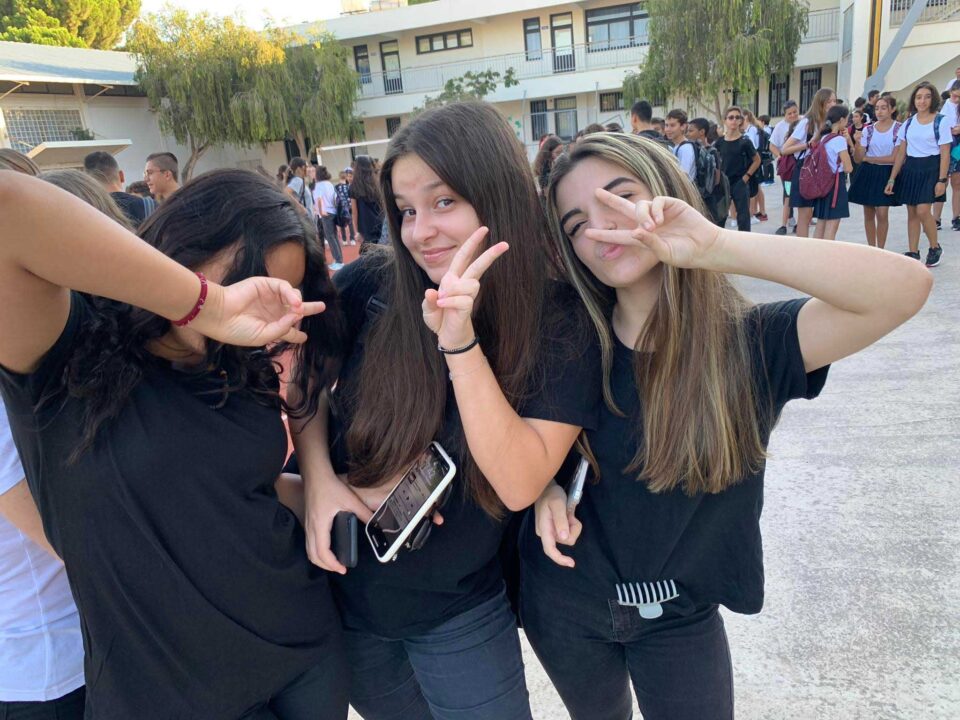 Gymnasium, lyceum and technical school students returned to classes on Wednesday for the new academic year.

Teachers have been back in the classroom since September 1, preparing to welcome students back.

Welcoming students back at the Engomi gymnasium, Education Minister Prodromos Prodromou said the goals for schools this year are to focus on climate change and the 100-year anniversary of the Asia Minor disaster.

He said that there is a need to create environmental education programmes to convey the message, “that the planet, our life, the environment, must operate according to rules of sustainability”.

Speaking about teaching regarding the Asia Minor catastrophe, he added that it is important for schools in Cyprus to teach students about Hellenism in the region from the Homeric period.

On the issue of twice-yearly exams, Prodromou said that this year they will proceed with inducting them in gymnasiums.

The exams were introduced for lyceums last year.

“The new evaluation method helped them get organised and study better,” he said, pointing out that students, who did well in the Pancyprian exams were aided by this new method.

Regarding the conditions this year is starting with, Prodromou said that it is fortunate that this year things are going smoothly in comparison to the previous two years of the pandemic.

“Of course, we emphasise to the children that the disease has not disappeared, but if we continue to be careful and observe the very basic measures to protect ourselves and others, we will be able to keep everything going, that is, without restrictive measures,” he added.

The director of Secondary Education Kyprianos Louis told CNA that during the new school year there would be a total of 41,305 students, of which 23,983 will study in gymnasiums and 17,322 in lyceums.

He said a total of 113 secondary school would operate across the island, 63 gymnasiums, 38 lyceums, and eight joint middle and high schools.

Another five night schools will operate, which will complete registrations by mid-September.

By mid-August, 929 contract teachers had been appointed and 204 new permanent teachers were appointed, while for this year in total the number of secondary general education teachers will be 6,583.