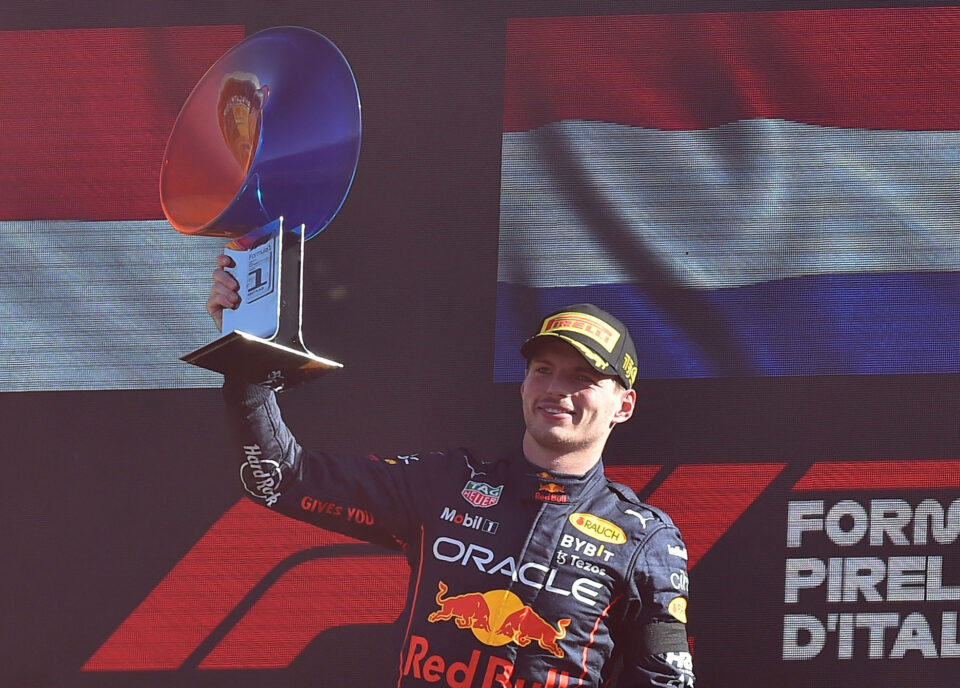 Red Bull’s Max Verstappen dashed Ferrari’s home hopes and won the Italian Grand Prix behind the safety car on Sunday to move potentially a race away from his second Formula One world championship.

The Dutch 24-year-old’s victory at the “Temple of Speed”, in a race that ended disappointingly and to jeers from the crowd, was Verstappen‘s fifth in a row and 11th from 16 races this season.

If Verstappen scores 22 points more than Leclerc in the next race under floodlights in Singapore on Oct. 2, the title battle will be over. Otherwise, it goes on to Japan a week later.

“You deserve that victory. It’s a shame it didn’t get going at the end there but you were the fastest car all weekend,” Red Bull boss Christian Horner told Verstappen over the radio after the chequered flag.

“Great job guys, we had a great race car,” he replied.

The win was the 31st of Verstappen‘s career, lifting him level with Britain’s 1992 champion Nigel Mansell in the all-time lists.

Verstappen started seventh on the grid but was third by the end of the opening lap and 19.5 seconds clear of Leclerc with 20 laps remaining, after the Monegasque had pitted for a second time to switch from medium tyres to softs.

The safety car, deployed six laps from the end when last year’s winner Daniel Ricciardo stopped his McLaren on track with an engine failure, raised the home fans’ hopes but time ran out.

The race, at a super-fast circuit celebrating its 100th anniversary, finished with the safety car peeling off into the pits at the finish and no opportunity for the order to change in the short run to the flag.

“The end was frustrating, I wish we could have had a bit of a race,” said Leclerc.

“It’s a shame, but I gave it all today. I wish I could have won in front of the amazing Tifosi (fans) but I just couldn’t today.”

Ferrari’s Carlos Sainz was fourth, after starting 18th and seven-times world champion Lewis Hamilton went from the back row of the grid to fifth for Mercedes.

Red Bull’s Sergio Perez was sixth, and took a bonus point for fastest lap, ahead of McLaren’s Lando Norris and AlphaTauri’s Pierre Gasly.

Dutch debutant Nyck de Vries took ninth place for Williams, a stellar achievement that earned him the Driver of the Day accolade, and China’s Guanyu Zhou was 10th for Alfa Romeo in their home race.

“My shoulders are dead,” said De Vries, who was standing in for regular driver Alex Albon after the Thai suffered an appendicitis on Saturday morning.

A minute’s silence was observed before the start for Queen Elizabeth, Britain’s longest reigning monarch who died aged 96 on Thursday.