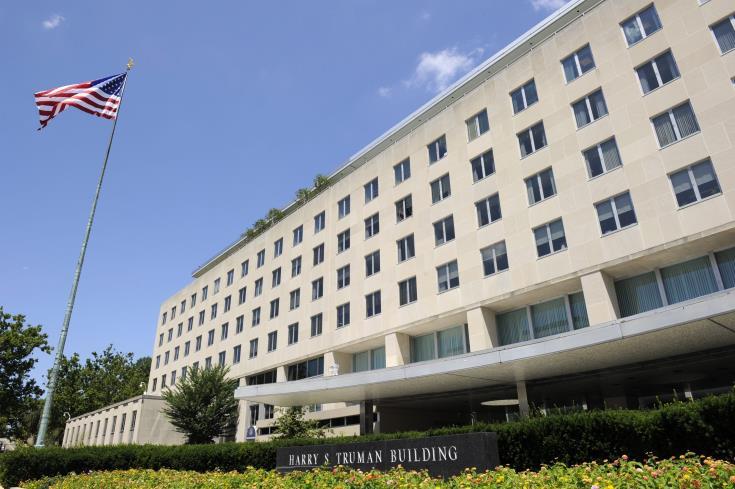 There would be consequences for Russia whether it uses a so-called "dirty bomb" or any other nuclear weapon, U.S. State Department said

President Nicos Anastasiades and the government on Saturday welcomed the State Department’s announcement that the US would completely lift the arms embargo on Cyprus, imposed in 1987.

In a post in his Twitter account, Anastasiades, wrote that it was with great satisfaction that he welcomed the announcement by the State Department on the complete lifting of the US arms embargo on Cyprus. “This is a landmark decision, reflecting the burgeoning strategic relationship between the two countries, including in the area of security,” he said.

Additionally, he publicly thanked Senator Bob Menendez, for all his work making possible this decision, which is in accord with his East Med Security and Energy Partnership Act of 2019, the president said, adding: “Yesterday I spoke to the Senator and once again expressed my gratitude for his friendship”.

In a separate statement, the foreign ministry said the decision in question, “which is a result of the fulfillment of all the conditions set by the legislation ‘Eastern Mediterranean Security and Energy Partnership Act established by the American Congress in 2019″ .

“This is a milestone decision that confirms the substantial and practical strengthening of Cyprus-US bilateral relations in the fields of security and defence, of a strategic partnership conducted on the basis of International Law and the need to build conditions of security and stability in the turbulent geographical Eastern Mediterranean Basin,” the foreign ministry said.

It called the development a “political milestone that illustrates the continuous deepening of US-Cyprus strategic partnership in security and defence as an integral part of the regional stability mosaic”.

The defence ministry also weighed in on Twitter saying that it would strengthens “our cooperation and ushers a new era in our bilateral relations as we are steadfastly promoting an irreversible security and defence partnership”.

Greek Foreign Minister Nikos Dendias also welcomed the development. In a post on Twitter, he said: “I believe that this decision is a political milestone for the relations between the Republic of Cyprus and the United States of America.”

“Together with Cyprus and the US, Greece will continue to work to promote security and stability in the Eastern Mediterranean, always based on international law and especially the Law of the Sea,” he added.

The Turkish foreign ministry responded swiftly condemning the US decision and called on Washington to review its decision, saying the development would negatively affect efforts to resolve the Cyprus issue.

“We strongly condemn the expansion of the scope of the decision taken by the US… We fully support the reaction of the TRNC authorities regarding the decision in question. This decision, which contradicts the principle of equality between the two sides on the island will make the Greek side more intransigent and this will negatively affect efforts to resolve the Cyprus problem,” it said.

“It will cause an arms race on the island and harm peace and stability in the eastern Mediterranean,” it added. “We call on the US to review this decision and follow a balanced policy towards the two sides on the island.”

According to the Turkish foreign ministry, “the international community, including the US, should take note of the sovereign equality and equal international status of the Turkish people, which was also confirmed by the Treaties of 1959-1960, “and act accordingly”.

In any case, Turkey, as a guarantor power in Cyprus would continue to take the necessary steps “within the framework of its historical and legal competences” in order to ensure the existence, security and peace of the Turkish Cypriots.

The State Department’s spokesperson, Ned Price said that Blinken, “determined and certified to Congress that the Republic of Cyprus has met the necessary conditions under relevant legislation to allow the approval of exports, re-exports, and transfers of defence articles to the Republic of Cyprus for fiscal year 2023”.  Compliance with the conditions is assessed on an annual basis, the statement noted.

“As a result of this determination and certification, the Secretary lifted the defence trade restrictions for the Republic of Cyprus for fiscal year 2023. The International Traffic in Arms Regulations will be amended to reflect the new policy, effective October 1, 2022”, he said.

The Eastern Mediterranean Security and Energy Partnership Act of 2019 and the National Defence Authorisation Act for FY 2020 require that the policy of denial for exports, re-exports, or transfers of defence articles on the United States Munitions List to the Republic of Cyprus remained in place unless the US President determined and certified to the appropriate congressional committees, not less than annually, that the government of Cyprus was continuing to cooperate with the US government “in efforts to implement reforms on anti-money laundering regulations and financial regulatory oversight.

It also stipulates that the Cyprus government has made and is continuing to take the steps necessary to deny Russian military vessels access to ports for refuelling and servicing”.

The US arms to Cyprus was in place since 1987. In 2020 it was announced that the US would partially lift the embargo, on conditions, with the decision being reviewed annually.