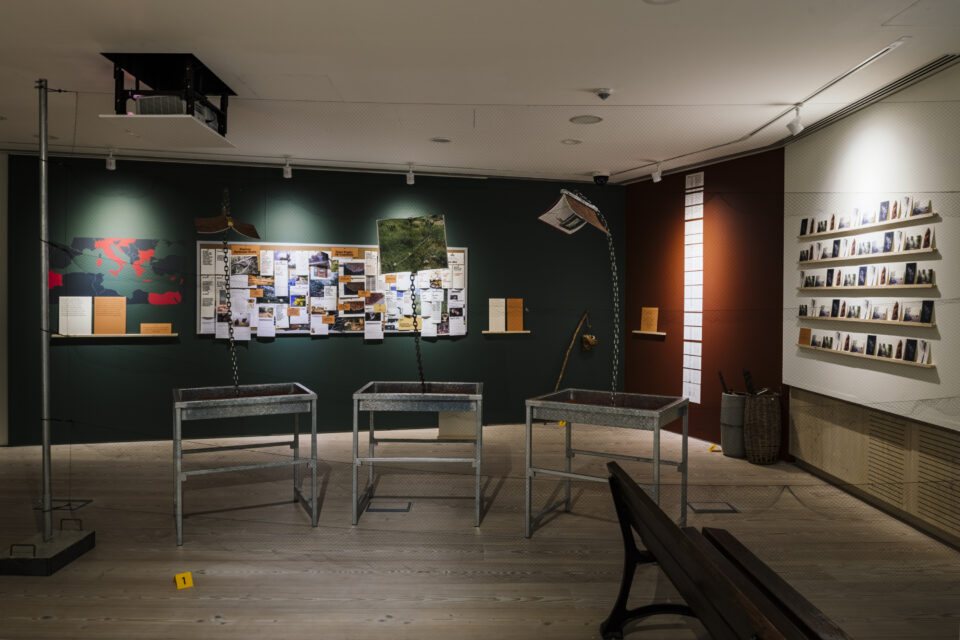 The story of the illegal killing of migratory birds in Cyprus, through a post-mortem inquiry revealing the way they die will be told at an exhibition opening at the AG Leventis Gallery in Nicosia on Wednesday.

Earlier this year, BirdLife sounded the alarm over worrying signs of a massive increase in trapping levels on the island, calling on the state to annul a recent law relaxation and restore higher fines, reinstate the Anti-Poaching Unit and follow the example of the SBA Police to establish closer cooperation with environmental organisations. 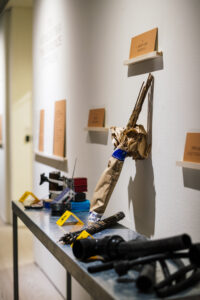 The Kochinohoma – Red Soil exhibition, a collaboration between BirdLife Cyprus and the gallery – takes an unusual approach to the subject, focusing mostly on the tools used by poachers and trappers in carrying out their illegal activities.

Led by photographer Silvio Augusto Rusmigo and designers Omiros Panayides and Thalis Nicolaou, the project has taken the form of a book-artefact, a documentary and an interactive installation.

“Instead of focusing on grueling images and shocking pictures of dead birds, we chose to display the tools used to carry out the phenomenon of illegal bird trapping in Cyprus,” Rusmigo, who for the past 10 years has focused on environmental issues affecting the island, said during the exhibition’s launch on Monday.

“The level of detail going into these activities on the island is incredible. It is by all means organised crime.

“Therefore, we think the choice of displaying the methods employed to trap and kill birds is the correct one, one that could increase awareness on the issue among the public more effectively.”

The 20-minute documentary includes a collection of Rusmigo’s pictures taken to document the issue. 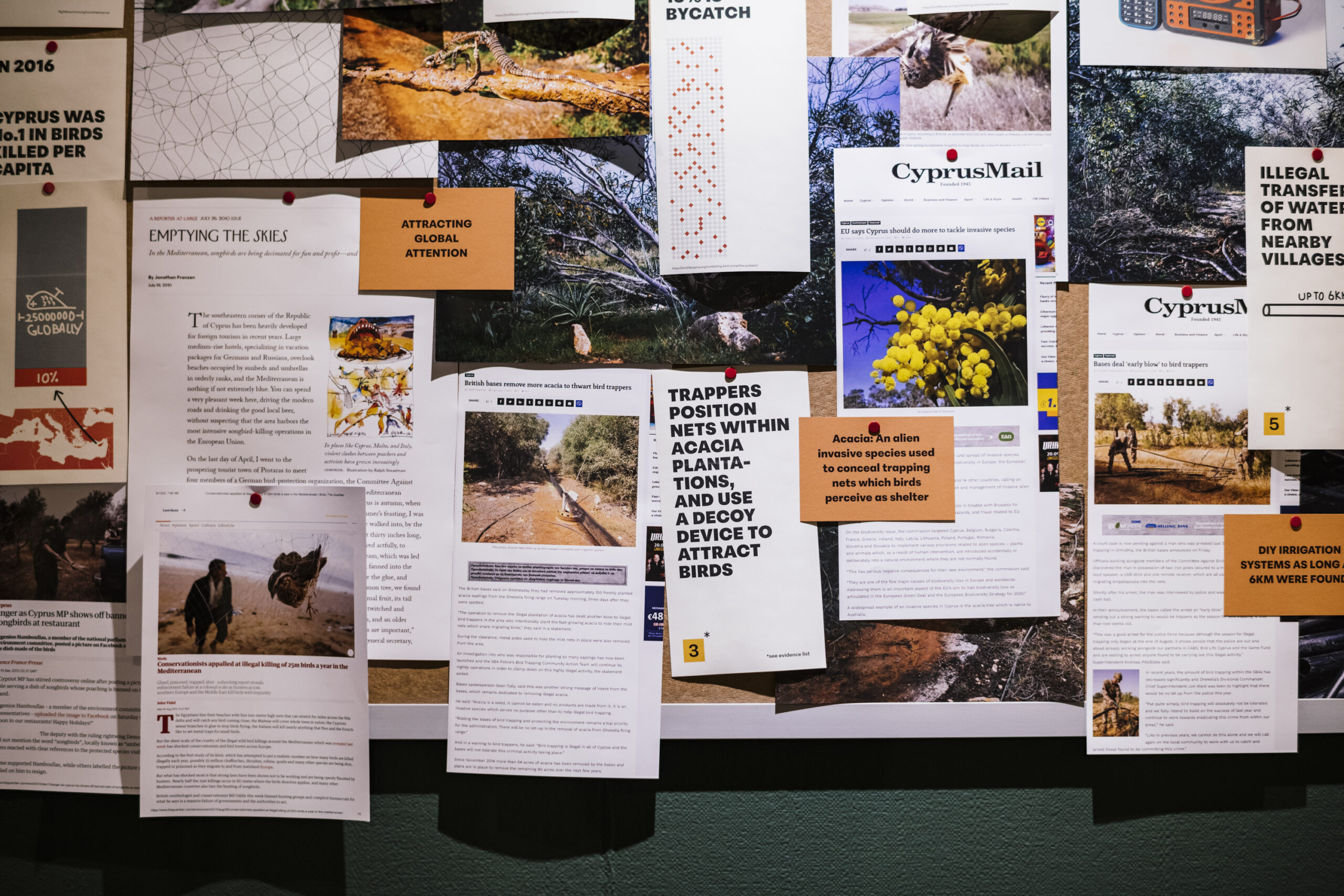 Visitors will also be able to see the tools used to capture migratory birds, such as speakers connected to phones used to lure the animals, mist nets made of nylon and polyester mesh and suspended between poles to trap them and limesticks, twigs covered with sticky substances placed between shrubs and tree branches.

“The exhibition is aimed at providing visitors with a concrete insight into what poachers employ when carrying out their illegal activities,” designer Nicolaou told the Cyprus Mail.

“The choice of displaying nets, decoys, limesticks and irrigation pipes, used to illegally transfer water from nearby areas, are part of a different approach we employed to highlight the ongoing illegal activities.”

The European Commission, in an October 2021 letter to the Cyprus government, expressed its serious concern and called for the restoration of fines for poaching and illegal bird trapping starting from €2,000, after they were reduced to €200. 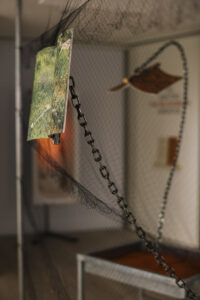 “It is no longer a tradition, a small-scale method employed by our ancestors to provide food for their families. Organised trappers make unbelievable amounts of money each year at the expense of our natural habitat.

“Bird trapping with nets and limesticks are among the most cruel methods used to capture and kill birds. The Kochinohoma – Red Soil exhibition aims to show just how serious the issue is and just how urgently it needs to be addressed”.

What you look like is no reflection of you