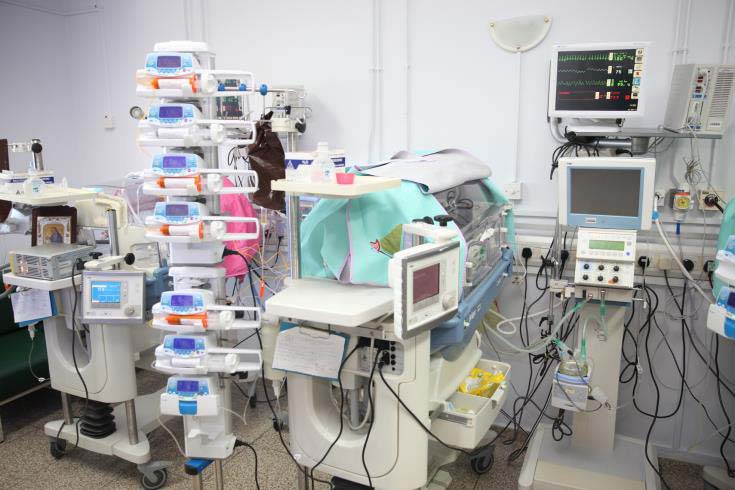 Lawmakers on Thursday examined a timetable for the start of the expansion and renovation of the neonatal unit at Makarios children’s hospital in Nicosia with one MP suggesting the creation of a specialised university hospital to mirror similar children’s hospitals abroad.

Meanwhile, state health services organisation, Okypy, will return to the House health committee within the next two weeks to explain its renovation plans in more detail, MPs were told

Last year, deputies discussed the same problems facing the neonatal intensive care unit, and during Thursday’s session noted that “no sign of improvement and resolution of the problems has been shown”, referring to “inadequate” building facilities, which do not meet modern needs.

Speaking before the committee, the director of the paediatric clinic, Dr Avraam Elias said that “the Makarios hospital at the moment is suffocating” noting that with the rise in the population, staff cannot cope.

Elias noted that there was a “serious problem” in building adequacy and by extension staffing, noting that with the expansions that have been made from time to time, Makarios has been turned into a “slum”.

He added that the hospital should now be transferred to Nicosia general as part of a special mother and baby unit, combined with the current needs of a modern hospital.

The scientific director of Makarios hospital Dr Christos Minas said that the hospital “has aged building-wise”, noting that priorities must be set so that children’s lives are not put at risk.

Moreover, he said that even the partial renovation that has been carried out from time to time has been very helpful for the operation of the neonatal unit but added that there are difficulties in the renovation, since “there is overcrowding in hospitalisation”.

Renovation will go ahead, costing some €3.5 million, Charilaou said, but noted that he cannot say when the work will start and be completed, since, it depends on the moment the process of preparing documents for tenders begins until its completion, which will take a period of around 18 to 24 months.

Representing the patients, Irini Sofroniou from the Federation of Cyprus Patients Associations (Osak) and Birth Forward, stressed the need to create a new space “not by renovating or expanding the existing spaces in Makarios, but by creating new suitable spaces that will serve the needs of infants in the neonatal unit in a more modern way,” she said.

On another important topic, the representative of the Equality union, Eugenia Efstathiou, raised the issue of patients not registered under Gesy who are hospitalised at Makarios, and called on the health ministry to ensure that it covers the services provided to them.

Meanwhile, the representatives of the political parties also had their say.

“This time last year we were discussing the same things. After a year there has been no sign of improvement and resolution of the problems that arise in relation to the buildings, which are inadequate,” Akel’s Christos Christofias said.

Christofias added that Okypy should give a timetable for the expansion and immediate resolution of the staffing issue.

For his part, Diko MP Chrysanthos Savvides said that the current image of the neonatal unit “brings sadness”, noting that “it is a shame for the state to have such a neonatal unit.” He called on Okypy and the health ministry to finally assume their responsibilities and give timetables for the upgrading of Makarios hospital.

“Times are changing and demands are growing and unfortunately as a society we have not taken care to adapt to the new data, so that the Neonatal Unit of 2022 cannot meet modern needs,” he added.

An interesting suggestion was floated by Edek’s Andreas Apostolou, who said that he believes Okypy should start planning the creation of a new and modern children’s university hospital.

Fork Food is back in the Gardens