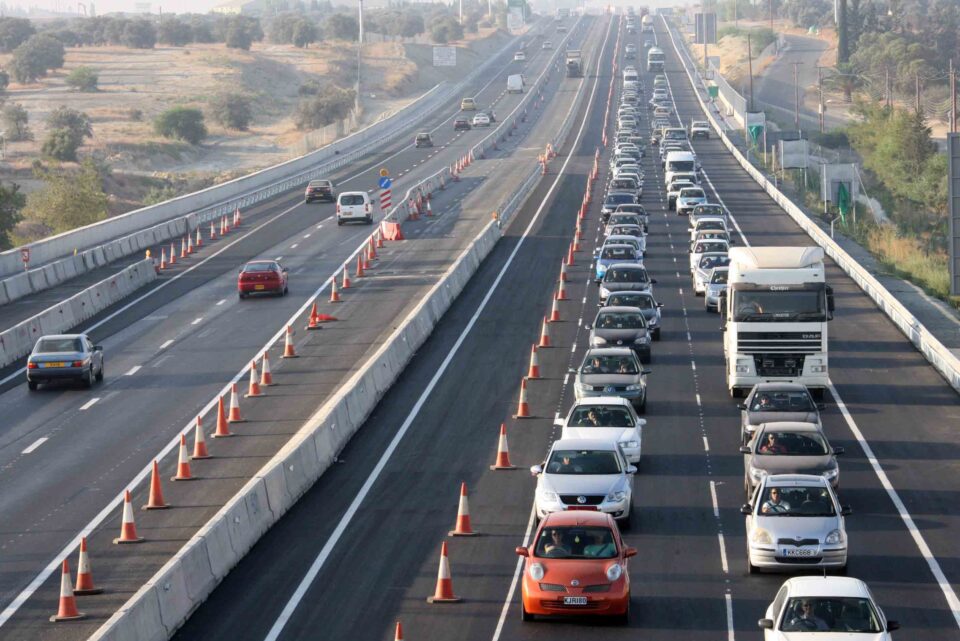 Traffic congestion on roads can initially be alleviated through the promotion of mass transit – more bus lanes – and eventually with the construction of a tram system in Nicosia and Limassol, MPs heard on Thursday.

The issue of traffic jams was discussed at the House transport committee, where lawmakers heard from officials from the transport ministry, from municipalities and the police. MPs were told that traffic congestion was developing into one of the biggest headaches the public has to face on a daily basis.

Opposition Akel MP Yiannakis Gavriel told journalists after the meeting that the traffic in Nicosia was “a scourge”.

“This is a plague affecting thousands of people,” he said, adding that solutions exist and can be implemented with proper planning but this was not being done, he said.

“Three months before the end of the current government’s term, more than nine years of governing the country, they are still at the stage of updating a study, which was done in 2015, to solve the traffic issue.”

The Department of Public Works told MPs that a significant rise in vehicle traffic has occurred since 2019 in Nicosia and Limassol. Exacerbating the problem more recently, a number of road works – still ongoing – were launched more or less simultaneously, diverting and concentrating transit to certain roadways.

Special mention was made to the situation at the entrance to Nicosia – a nightmare for motorists driving into the capital in the morning. Officials said that during the first quarter of 2023 construction will begin on two avenues that will link the GSP stadium to the areas of Lakatamia and Anthoupoli. Once completed, these would divert traffic volume away from the Nicosia entrance.

Officials laid out several ideas aimed at easing urban congestion, but stressed the matter should be dealt with holistically and not piecemeal.

One proposal has to do with introducing a flexible work timetable for civil servants, so that not all get off work at the same time. Nicosia roads especially get jammed daily in the 3pm to 4pm timeslot when civil servants drive back home en masse.

A study for variable work hours in the public sector is underway, to be followed by a public consultation. Specific proposals on this should be drawn up in about two months, an official from the transport ministry said.

The flexible work hours could also be combined with changes to school timetables, for parents picking up their children.

Also, civil servants who work in a city other than their place of residence, should be afforded the possibility of working from their hometown if their work does not involve direct contact with the public.

Aristotelis Savva, coordinator of a sustainable urban mobility study, cited a number of short-term solutions – such as more bus lanes or the installation of ‘smart’ traffic lights.

For its part, the police propose doing away with roadside vegetation spots at certain parts of highways and roundabout junctions. Because these spots require upkeep, authorities have to close off at least one lane.

Nicosia mayor Constantinos Yiorkadjis said a tram system would be the real solution, both for the capital and for Limassol.

The main thrust, he noted, is to reduce the number of private vehicles at any given time. But this is not helped by the way in which major urban centres in Cyprus tend to expand outwards. To counter that, town planning should instead be focused on achieving higher population density.

In a memo prepared ahead of the session of the House committee, the department of town planning and housing (interior ministry) noted the pros and cons of introducing trams in high-density areas.

While not against the idea, the department noted the high cost of such an infrastructure project, as well as the fact that it would take up considerable space.

The department therefore suggests that any decision to go ahead with a tram system should take into account all related factors – the configuration of parking spaces for cars, bus routes, bicycle lanes, incentives for using mass transit and disincentives for using private vehicles.

Officials also mentioned how Cyprus can tap into EU funds tied into the ‘Sustainable Urban Mobility Plans’ – which aim to contribute to greenhouse gas reduction targets, and improve transport and mobility in and around cities.