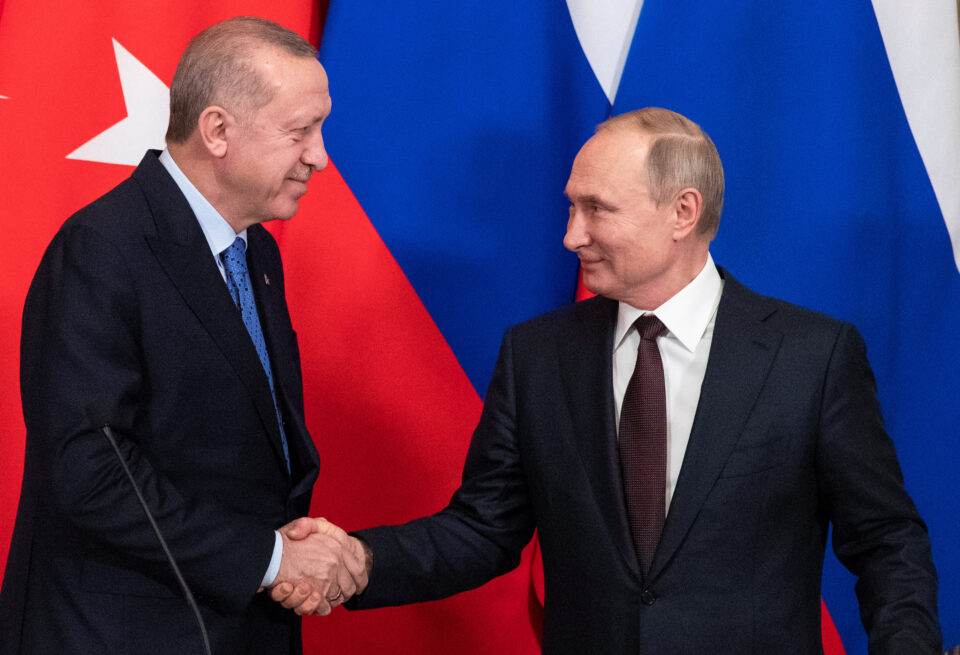 It is well known that Turkey has been flirting with Russia, seeking to establish links with a country on the other side of the dividing line between East and West.

Now is the time for Cypriot diplomacy to make a move with concrete, realistic proposals

The recent decision of the US government to lift the US arms embargo on Cyprus is, without doubt, a positive development because it sends a strong message to Turkey. It is well known that – for some time now – Turkey has been flirting with Russia, seeking to establish military and economic links with a country standing on the other side of the dividing line between East and West.

It is obvious that the change in the American policy pursued in the Eastern Mediterranean has been caused by Turkey’s acrobatic rope-walking between the East and the West, which prompted the American side to seek alternative arrangements that would safeguard their interests. Naturally, America’s attention turned to Greece (where American bases in Crete and in Northern Greece were swiftly strengthened). Attention was also paid to Cyprus. This shift in American policy has two objectives. The first is a “warning” that America would not hesitate to proceed with other arrangements if Turkey continued to indulge in rope-walking exercises, and the second is a preemptive rebalancing act in the form of getting ready for the possibility of Turkey’s love affair with Russia leading to some form of a marriage between the two countries.

Turkey has already been in northern Cyprus for 50 years and its presence is felt in both the political and economic fields. The severance of the umbilical cord connecting northern Cyprus with Turkey is a development that would be welcome by the majority of Turkish Cypriots and, possibly, by many Turkish settlers (especially by those who settled in Cyprus for economic reasons and would like to acquire a European passport), provided their security is adequately protected through some alternative arrangements.

The developments outlined above have, in fact, opened a window of opportunity for the immediate resolution of the longstanding Cyprus problem and for the reunification of the island. My assessment is that this window will remain open for a short period of time because either Turkey will re-establish its strong links to the West (when the need for making alternative arrangements will disappear), or Turkey will cling to Russia’s chariot (in which case it will be prompted to pursue its claims over northern Cyprus more aggressively and to expand these claims to cover the whole of Cyprus).

It follows that now is the time for Cypriot diplomacy to make a move with concrete, realistic proposals (such as the proposal of the Eastern Mediterranean Think Tank, set out at https://www.eastmed-thinktank.com/) and, with the help of the US and the European Union, to give sufficient incentives to Turkey to agree to the reunification of Cyprus under the umbrella of a proper federation, and to consent to the severance of the umbilical cord currently linking the northern part of Cyprus with Turkey.

However, help from the US and the EU will not be forthcoming if Cyprus is unwilling to provide sufficient assurances that it will unreservedly and irreversibly become part of the Western world and cease following the practice of standing ‘on two boats’, a policy followed by both the ‘right-wing’ and ‘left-wing’ governments that have ruled Cyprus since its independence in 1960, with disastrous results. It was under these circumstances that president Makarios acquired the nickname of ‘Castro of the Mediterranean’; president Clerides bought the Russian S-300 missiles (irrespective of the fact that, in the end, he was obliged to ‘store’ them in Crete); and president Christofias declared at a meeting of the leaders of the EU that he was “a proud communist”, whatever that may have meant.

I understand the reservations and the resultant reluctance of certain political forces in Cyprus to reconsider their positions and redirect their political orientation. But my cold accounting analysis tells me that they have a national duty to do so, and to do so quickly, in an honest and forthright manner. For some years now, I have been arguing that Akel should be transformed into a socialist party, as has happened with all the other communist parties in Europe. Politically, economically, culturally and ethnologically, Cyprus belongs to Europe. We must, at last, digest the fact that Cyprus is too small to be able to chart and follow an independent course in the international arena. We tried to do this in the past and dramatically failed while paying dearly for our mistakes. It’s time to come around, pull ourselves together and rally to the saving of our country.

On the difficult and harsh dilemmas outlined in this article, the candidates for the presidential throne and the leaders of all the political parties in Cyprus have an obligation to take a stand in clear, unambiguous and readily comprehensible terms. The day of judgment is approaching fast. Guards, be on the alert!

LES MISERABLES. Some wretched people, apparently in the ordered service of persons who disagree with my political views, systematically indulge in throwing mud at my name, by making unsubstantiated claims, such as that I am an obedient servant of the owners of the newspapers in which my articles are published every Sunday. Of course, those who know my character and my history reject with disgust the innuendoes of these sneaky characters, who, either because they are unable to argue with my substantiated positions, or because they do not have the ability to articulate coherent arguments, merely focus on conducting a smear campaign against my name. Beware, because these crawling creatures unfortunately circulate among us and poison the political atmosphere; some of these dreadful animals are poisonous.