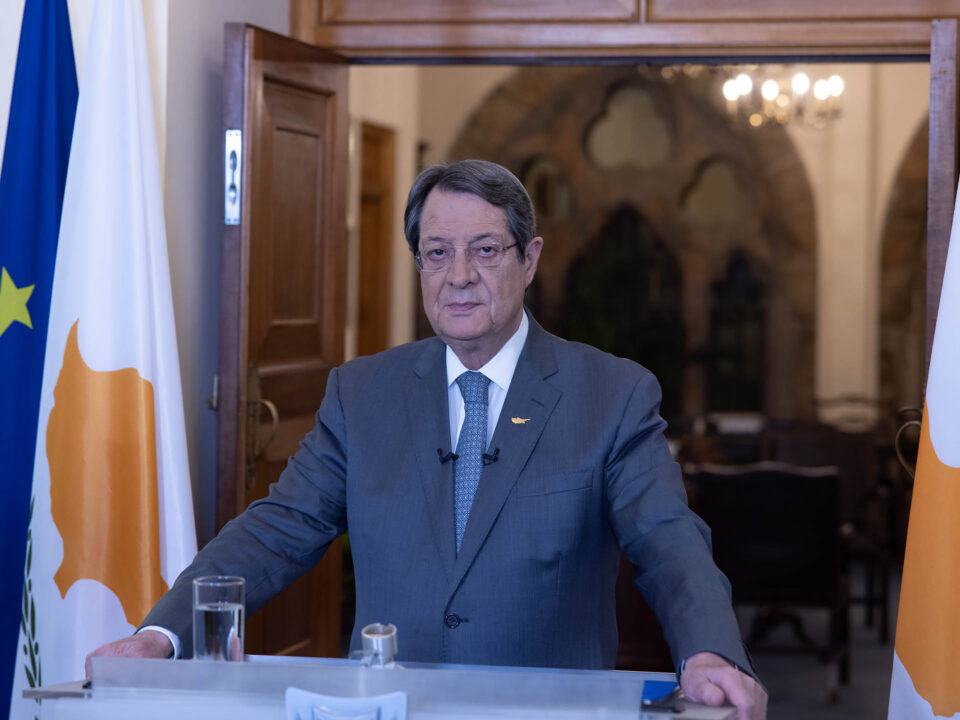 The government appears to be intent on mainly spending money for political purposes.

The prospect of a recession in Cyprus is a distinct possibility

According to the latest Eurobarometer by the European Commission seven out of ten Cypriots describe the economic situation of Cyprus as bad with a majority of Cypriots being very concerned about the damaging effects of soaring prices on their standard of living. Yet figures published by the Financial Times indicate that between September 2021 and August 2022 the Cyprus government only allocated a lowly 0.7 per cent of GDP “to shield households and businesses from rising prices”, whereas countries like Italy and Greece earmarked more than 2.8 per cent.

The Cyprus government with its €4.6 billion (20 per cent of GDP) in reserves or deposits at banks and greater VAT revenue because of rapid inflation does not seem to care about helping the many households and small businesses struggling with very large increases in costs. While Finance Minister Constantinos Petrides has promised to allocate €50 million (0.2 per cent of GDP) for absorbing a large part of the increase in energy costs in the coming months, the government appears to be intent on mainly spending money for political purposes such as boosting the number of loyal employees on its payroll, outlaying funds on unnecessary defence and security, and subsidising property developers and hoteliers with much focus on gaining support for the ruling party’s candidate in the presidential elections.

Furthermore, employers in the private sector that have protected their businesses against inflated costs with large increases in prices have been unwilling to compensate employees with adequate pay rises. In fact, consumer prices increased by 7.8 per cent in the first half of 2022 compared with the same half of 2021, while on the basis of Eurostat figures it is estimated that wages of private sector employees, excluding those in banks, increased by just 3 per cent. Thus, the real incomes of these private employees fell sharply in the first six months of 2022 and are likely to continue to decline in the second.

Estimates for recent years indicate that fewer Cyprus households progressively had a risk of descending into poverty, although in 2021, 17.3 per cent of households still encountered the risk of experiencing poverty. But with the very large decrease in real household incomes during 2022 many more households are and will face the risk this year. Indeed, the 2021 estimates show that Cyprus households with the lowest 20 per cent of incomes had a 73.6 per cent poverty risk whereas the second quintile of households had only a 6.4 per cent poverty risk. Surely, the steep fall in real household incomes of low middle income households will significantly raise their risk of being impoverished by falling into the lowest income quintile this year. And with energy prices continuing at very high levels, lower income households will be driven into energy poverty in the absence of substantial assistance from the government. Many European households this winter will face a choice between eating and heating.

As a result of rampant inflation, businesses are being adversely affected by the higher costs as well as reduced demand for their products owing to lower real household incomes. In addition, rising interest rates and difficulties in obtaining bridging finance to weather downturns could further curtail business and lead to increased unemployment and falling incomes. Indeed, the prospect of a recession in Cyprus featuring a steep increase in household poverty and a substantial widening of income and wealth inequalities is a distinct possibility.

Cyprus has performed poorly relative to many other European countries in providing assistance to households and businesses to protect them from the damaging effects of soaring prices. In rendering assistance to struggling households, European governments have focused primarily on lowering energy costs for households following the advice of the European Commission, stating that “the immediate priority should be to mitigate social impacts and protect vulnerable households, ensuring that energy poverty is not aggravated”, using increased revenue from the Carbon Emissions Trading System (CETS). In Cyprus despite considerable funds being available, the government has only provided modest discounts on electricity bills and extended subsidies for energy bills for residents in mountain areas with such assistance covering just a small part of the increase in energy costs for vulnerable individuals and families, and less so for most households.

Moreover, the Cyprus government needs to adhere strictly to its stated objective of providing public assistance namely “to safeguard every individual’s right to a decent standard of living” including giving financial assistance and other support to the elderly and the disabled and other vulnerable people. And to ensure that application forms for significantly increased financial assistance to vulnerable individuals and families are quickly processed immediate efforts must be made to greatly improve administration capacity and efficiency in the Social Services department.

Some businesses will require government assistance to offset their rising costs. Most farmers would need to have the elevated costs of feed grain and fertilizer inputs subsidised. And businesses which are intensive users of electricity and gas such as producers of building materials like cement should have their energy bills considerably subsidised or discounted.

The impact of Covid-19 and the ongoing surge in prices and costs have not only exposed inequalities in Cyprus, but have exacerbated them. Although aggregated data show that income inequality and the risk of poverty and social exclusion have not deteriorated in recent years particular inequalities such as the large gaps between the compensation of public sector and private sector employees and between the disposable incomes of the older generation of property owners and the younger generation of renters have widened. Indeed, if account is taken of housing costs in disposable income calculations it is the younger persons working in the private sector and renting accommodation who are suffering the most from these inequalities. Without substantial help from their parents a majority of the young can’t afford to purchase a house, raise a family, and enjoy a decent standard of living.

Most importantly, in addition to the financial assistance required to help the young and the disadvantaged there is a need to create decent job opportunities in the private sector and to provide training and re-education for low-income employees to secure better employment. Furthermore, rather than building an excessive number of luxury apartments through the government recklessly issuing a multitude of building permits to favoured developers, the government should be promoting the construction of affordable housing.

Greater revenue from VAT, excise duties and the CETS together with reserves of around €4.6 billion should enable the government to finance substantial increases in targeted financial assistance to households and subsidies and other measures for farmers and small businesses. In the event of high energy prices being sustained, the taxes on products such as electricity, petroleum, diesel oil and bottled gas will need to be reduced to help mitigate the impact of elevated energy costs on households and businesses in general.

The need to boost government revenue from tax sources other than energy and to narrow income and wealth inequalities call for a fundamental reform of the tax system and its administration. As repeatedly recommended, a high-yielding and progressive property tax should be introduced to decrease wealth inequalities. Also, the personal income tax system should be made more progressive by raising the top marginal rate to 40 per cent for annual incomes above €75,000. And the deliberately grossly inefficient tax administration in Cyprus needs to be overhauled to combat prolific tax evasion, practiced disproportionately by professionals such as accountants, lawyers and doctors and as well by real estate agents and property developers to substantially raise revenue and reduce income inequalities.