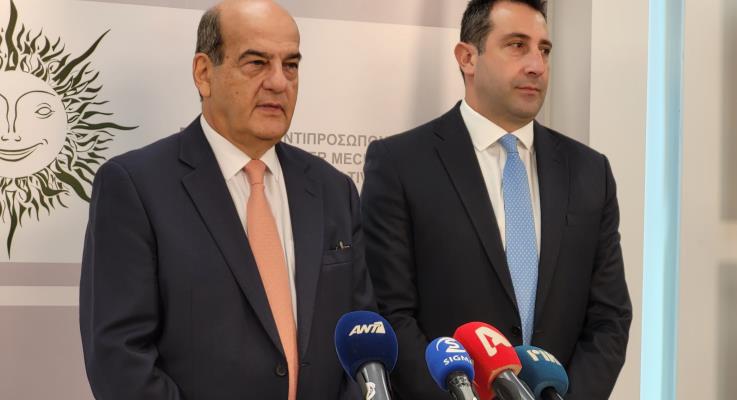 “Cyprus should be one of the best places in the world to live, work and be active” is the vision on the basis of which the Cyprus Economy and Competitiveness Council presented the new Long-Term Strategy for the sustainable development of the Cypriot economy to the Parliamentary Committee on Financial and Budgetary Affairs, on Monday.

The President of the Council, Takis Klerides, said that it is the first time that a comprehensive study with a long-term horizon has been presented. The two pillars of the strategy, he said, are, on the one hand, the restructuring and reorganisation of the Cypriot economy, by correcting the distortions and implementing pending reforms, and, on the other hand, growth, by identifying the main sectors that will offer greater added value for long-term sustainable development, enhancing international competitiveness.

He added that green and digital transition is at the heart of the strategy, while the goal is to shape the economy in such a way that it is strong enough to absorb external shocks in the future.

He noted that the strategy consists of over 240 actions, which are practical recommendations, while 92 of them have already been incorporated into the Recovery and Resilience Plan.

On his part, the Vice President of the Council, Andreas Assiotis, presented the strategy. This one, he said, differs from other strategies because it is participatory, tied to money and has “ownership”.

In more detail, he said that for the formulation of the strategy, more than 200 interviews were held with stakeholders, more than 5 workshops and a public consultation took place, while feedback was also received from political parties. In addition, the strategy is linked to the budget and the actions are evaluated, while its implementation is financed by the European Commission and is therefore also under its supervision. Finally, he said, the “strategy has ownership,” as each action is assigned to a responsible owner for implementation.

In addition, he noted that the three pillars of the strategy are called a “global model nation”, with an efficient state apparatus, an efficient judicial system, a “thriving and resilient economy”, based on the green economy and digital transition, and a “fair and inclusive society”, with a world-class education system, accessible healthcare and a rule of law that fights corruption.

He underlined that the aim of the strategy is not to further enhance traditional sectors of the Cypriot economy, such as tourism and the construction sector, but to strengthen emerging sectors, in which Cyprus has a comparative advantage and which have probably not been made the most of to date. Such are information and communication technology (ICT), higher education, the primary sector with agro-technology, sustainable tourism, health and agri-tourism, professional services, renewable energy and small-scale industry.

As he said, the proposed growth model is to make Cyprus a “sustainable business and commercial centre of Europe”.

The MPs participating in the presentation thanked the Council for its presentation and welcomed the new strategy, which, they said, seems promising. However, they expressed their concern about how efficiently this will be implemented and whether there will be a mechanism for following up on the implementation progress of actions.