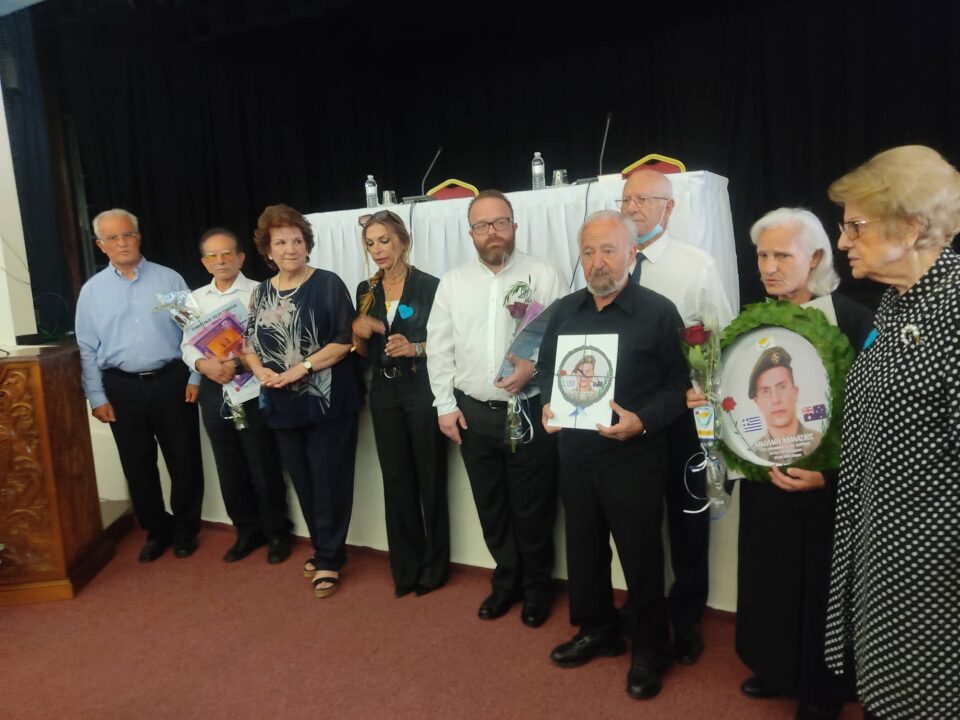 The memorial event in Limassol on Sunday for Thanasis (CNA)

The mother of national guardsman Thanasis Nicolaou, found dead under the Alassa bridge in 2005, has made a new appeal for authorities to bring those whose actions led to his death, to be brought to justice.

The latest independent report into his death, which was initially ruled a suicide, found evidence of criminality but due to the omissions and mistakes in 2005, the case for going after any perpetrators was weakened. However, Investigator Savvas Matsas said there was a small window to bring them to justice and it was now up to the attorney-general.

At a memorial for Thansis in Limassol on Sunday, Andriana Nicolaou said when she had insisted for 17 years that there had been foul play in the death of her son, who was 26 at the time, “some people mocked me”.

“These days I am particularly emotionally charged because in my mind is the unlived life of my child and the bullying that he received from some. I can still hear his voice begging me and telling me please mum do something to get out of there,” she said at the Sunday event.

“I am asking for the help of all of you to punish the guilty and the murderers and those who gave the orders and who are still walking free and unpunished among us,” she added.

“I would like to wish that no mother in the world and no one in any corner of the earth go through what I went through.”

Savvas Matsas – one of the two criminal investigators who worked on the latest report – when asked whether criminal acts were committed in the case, said: “That I can answer, yes.”

“We have handed over our report, we have made some suggestions on this issue but for further details it is more appropriate to ask the attorney general,” Matsas said the day the report was handed over earlier this month.

Matsas, who also spoke at the event said that there were still elements that could bring the culprits to justice.

“There was never another time in my life when reading testimony that my stomach knotted and I got a migraine,” he said. “So many deliberate mistakes, so many omissions, so many distortions of the real facts and so serious I have never come across in my many years of career.”

He expressed confidence that the legal service would “rise to the occasion and create, even after 17 years, a sufficiently honest and comprehensive investigation of the case”.

He also said the conclusions of his report with another investigator, Antonis Alexopoulos, be given to the family but this too was up to the AG, he said.