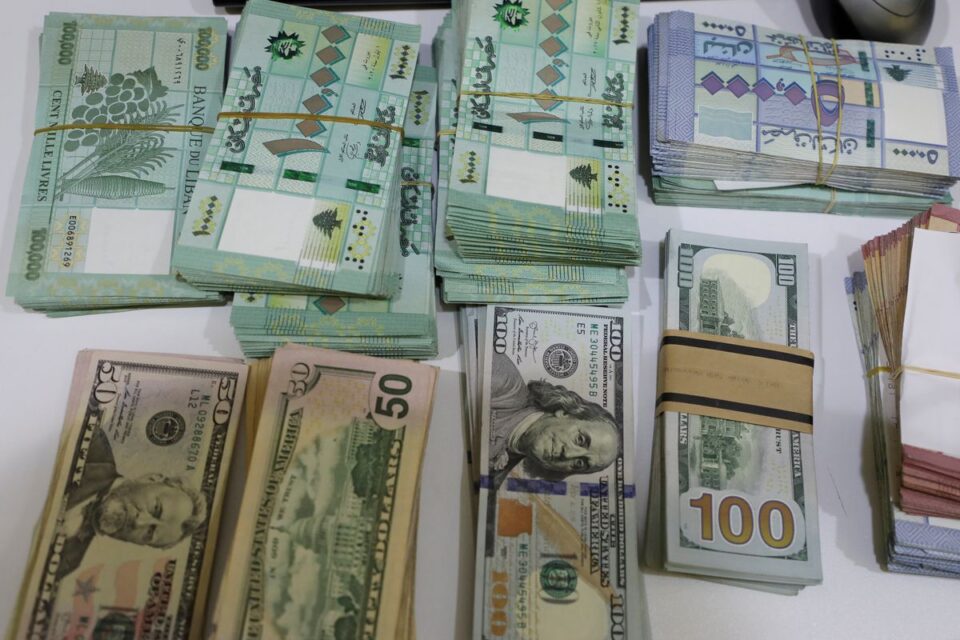 Lebanon plans to slash its official exchange rate, replacing the 1,507 per dollar rate adopted 25 years ago with a rate of 15,000 in a step towards unifying numerous exchange rates, the finance minister told Reuters on Wednesday.

After saying the move would come into effect on Nov. 1, the ministry later said the step was conditioned on the approval of a plan to address the crisis, which is under discussion in parliament.

The Lebanese pound has plunged by more than 95 per cent from the official rate since Lebanon fell into financial crisis three years ago, with dollars currently changing hands at around 38,000 on a parallel market.

“The goal is for there to be a unification of the exchange rates in Lebanon,” Finance Minister Youssef Khalil said, calling the decision a “fundamental step” in that direction. The step would come into force on Nov. 1, the ministry said.

“Today, Lebanon has entered a new phase and is no longer using an official US dollar exchange rate that makes no sense … Now we have one that is useful, based on which you can steer the economy toward a better situation,” he said.

The decision – which Khalil said was agreed with central bank governor Riad Salameh – marks a milestone in the meltdown that has plunged swathes of the population into poverty in the worst crisis since the 1975-90 civil war.

Salameh told Reuters via text message that the decision “will require time before it is implemented.

“We have to wait before anticipating further moves,” he said.

Ruling politicians have so far taken scarcely any action towards tackling the crisis.

Unifying the numerous exchange rates operating in the country is one of several conditions set by the IMF for Lebanon to secure a badly needed aid package. The Fund has said this is crucial to boosting economic activity.

The IMF said last week progress in implementing reforms remained very slow, with the bulk yet to be carried out.

In addition to official and parallel market exchange rates, authorities have created several others during the crisis, including unfavourable rates applied to withdrawals of Lebanese pounds from hard currency deposits in the frozen banking system.

Khalil noted that unification of the exchange rates was an IMF demand, but added it was also something that must happen regardless, saying the government was taking a gradual approach.

On Monday, the parliament approved a state budget that applied the 15,000 rate to customs taxes – a step aimed at boosting state revenues. Khalil said this had paved the way for the decision he announced on Wednesday.

He said discussions were under way with stakeholders including banks and depositors on the implications of the decision and how it would be applied. “We have taken this month to explain to everyone carefully what is happening,” he said.

Financial authorities would also work to contain any social or financial repercussions, especially regarding housing loans and “help the private sector on an orderly transition to the new exchange rate”, a ministry statement added.

Several economists contacted by Reuters said there were not enough details to comment on the move.

Lebanon’s crisis was caused by decades of profligate spending by a state riddled with corruption and waste, together with unsustainable financial policies.

Depositors have paid a big price, mostly unable to access dollar savings or forced to make withdrawals in pounds at unfavourable rates.

A recovery plan that would address some $72 billion in losses in the financial system has yet to be finalised.

Asked by Reuters how the decision would affect depositors, Khalil said “there should not be any impact” while adding that this was under study.

Khalil said an update to a draft government financial recovery plan was being discussed in parliament.

“It needs time,” he said, adding that Wednesday’s decision would reflect positively on the plan “because it is helping economic activity and increases revenues for the state”.

Khalil said money coming into Lebanon was avoiding the banking sector due to distortions in the exchange rate and a lack of confidence, which he said he hoped would be assuaged by the unification of rates.