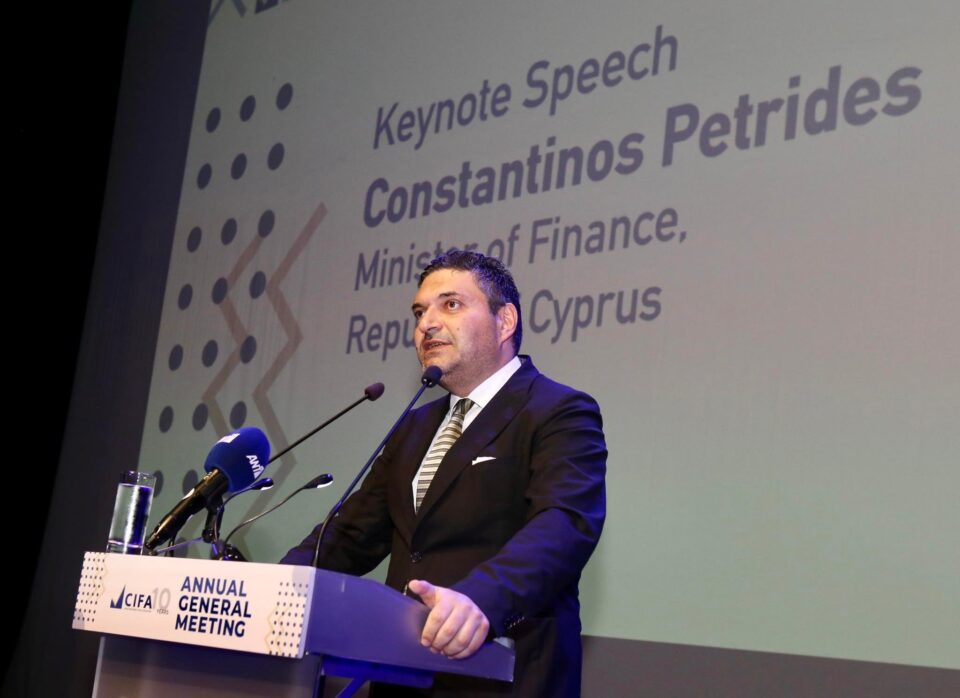 Finance Minister Constantinos Petrides on Friday announced that the state budget for 2023 has been approved by the Cabinet of Ministers, noting that it is the most growth-oriented and green budget in history, while also taking into account the welfare state.

In addition, the minister said that this is the tenth and final budget of the current administration, in reference to the 2023 presidential elections.

“The difference is that with this budget in place, the government is able to hand over a much healthier economy, which has been able to withstand repeated crises, while also managing to correct inherent distortions”, Petrides said.

“Despite the uncertainty, despite the challenges, despite the fact that we went through so many crises, the budget has been increased by €524 million euros compared to 2022,” he added.

Petrides explained that the budget contains the most development-related spending ever, with the allocated funds rising by 12 per cent over the previous year.

“At the same time, we are also delivering very healthy macroeconomic data,” he added.

The minister stated that all of this “is happening at a time when the public debt has decreased from the 104 per cent it reached during the pandemic to 89 per cent by the end of the year”, while also noting that “in the first half of the year we had a primary surplus of 0.7 per cent”.

For 2023, he explained, despite the fact that others are talking about the risk of recession in most European countries, “we foresee a significant growth rate of 3 per cent, inflation of 3 per cent, but also unemployment at 6.4 per cent, which is forecast to decline to 5.7 per cent and 5 per cent in 2024 and 2025”.

“So far we have not been disproved in our predictions,” the minister said.

Petrides stated that the government “received unemployment at 18 per cent, received budget deficits of 7 per cent and 8 per cent, where we spent every year more than €1,000 million more than we received, without these expenses being in the budget”.

“It is no coincidence that the Cypriot economy is the only economy that has achieved an upgrade in recent months at the European level,” the minister said.

“The risks are there, the uncertainty is there, but with the tenth budget of this government, we are delivering both a plan as well as lessons on proper fiscal and financial management,” Petrides concluded.